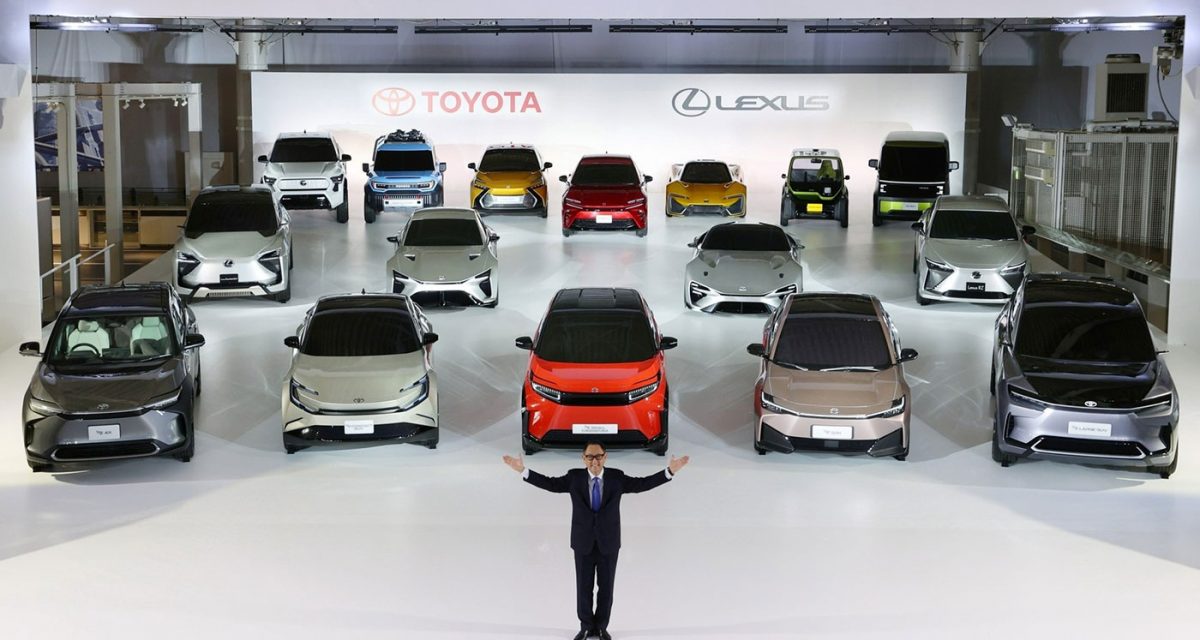 There is turmoil at Toyota regarding the EV strategy outlined in last December’s mega-event that saw 30 concepts unveiled. It’s now believed within Toyota that the brand-new eTGNA platform isn’t competitive enough — from Reuters:

The review was triggered in part by the realisation by some Toyota engineers and executives that Toyota was losing the factory cost war to Tesla on EVs, the sources said.

Toyota designed e-TNGA so that EVs could be produced on the same assembly line with gasoline cars and hybrids. That made sense based on the assumption Toyota would need to sell about 3.5 million EVs a year – roughly one-third of its current global volume – by 2030 to stay competitive, the sources said.

But sales of EVs are growing faster. Automakers globally now forecast plans for EVs to represent more than half of total vehicle production by 2030, part of a wave of industry-wide investment that now totals $1.2 trillion.

Work on some of the 30 concepts has now been suspended pending an internal review that will take until next year. Solutions to this problem could range from a revamp of eTGNA to the development of a brand new platform, but regardless of the final decision, the EV rollout planned by Toyota will now see substantial delays at a most inopportune time.