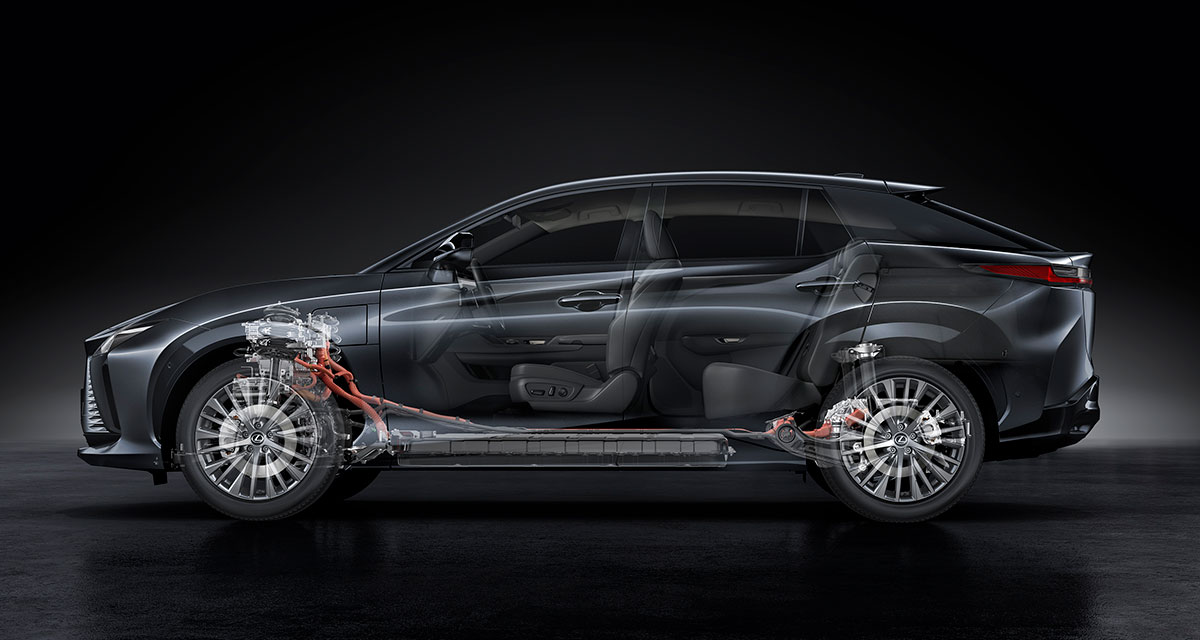 The battery pack in the Lexus RZ 450e will charge from 0 to 80% in thirty minutes when using 150kW fast charging, according to chief engineer Takashi Watanabe. Built by Prime Planet Energy Solutions, a joint venture between Toyota and Panasonic, it’s the same battery as the front-wheel-drive Toyota BZ-4X.

That means the RZ 450e needs to accept about 60 to 62 kWh in 30 minutes (57 kWh to the pack and roughly 3 kWh to 5 kWh of charging losses). That’s an average charging rate of 120 kW from zero to 80 percent. It’s attainable, but it would be an extremely flat and aggressive charging curve and we’re skeptical that the RZ 450e will actually deliver it, especially based on the early reports from those that have charge tested the bZ4X. I asked about the Level 2 charging rate for home charging and was told that Lexus wasn’t releasing that information just yet.

The Lexus RZ 450e is expected to have 308 horsepower while delivering 225 miles of range, a number on the lower side of what’s available from the EV competition. Chief Engineer Watanabe believes this to be “the best balance of weight, efficiency, and cost”.

Tips to clean every part of your Lexus from windshields to wheels.
Michael · July 12th, 2022
View thread (1 reply)