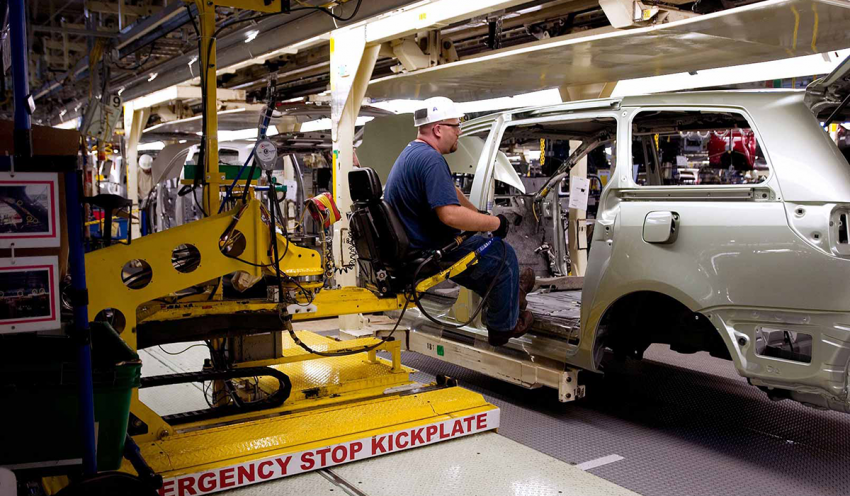 Toyota just announced an $803 Million investment at Toyota Motor Manufacturing Indiana (TMMI) that will bring 1,400 more jobs to the Princeton, Indiana plant. As Lexus enthusiasts, here is the most interesting section of the release:

Today, Toyota announced an $803 million investment and 1,400 new jobs at the Princeton, Ind., auto-manufacturing plant in preparation to introduce two all-new, three-row SUVs designed with the active Gen Y American Family in mind. What’s more, only one will bear the Toyota name. The other will officially introduce the Lexus line to Toyota Indiana.

So, what might that be? If you ask us, the answer is pretty simple: The three-row Lexus TX and Toyota Grand Highlander will be brought online at the plant that currently builds the Highlander, Sequoia and Sienna. This notion is further reinforced in the press release here:

Speaking of happy, these new additions will have customers bursting at the seams when they get a glimpse of the cutting-edge technology featured in both vehicles. When on sale, customers can expect a semi-automated driving system—which will allow for hands-free driving in certain conditions—a remote parking system allowing the driver to park and unpark from outside the vehicle using a smartphone, and a digital key that turns a user’s smartphone into their key and allows them to share it digitally. Both the Lexus and Toyota versions will offer seating for up to eight passengers.

When Lexus trademarked “RX 500h” with “TX 350” and “TX 500h”, we assumed that it would mean the two would be closely related and with the lackluster packaging of the RX L model, it was logical to assume the TX would succeed the RX L as an all-new, dedicated three row model.

No spy shots of the TX have been seen yet, nor are many details known about the new model other than trademarks.