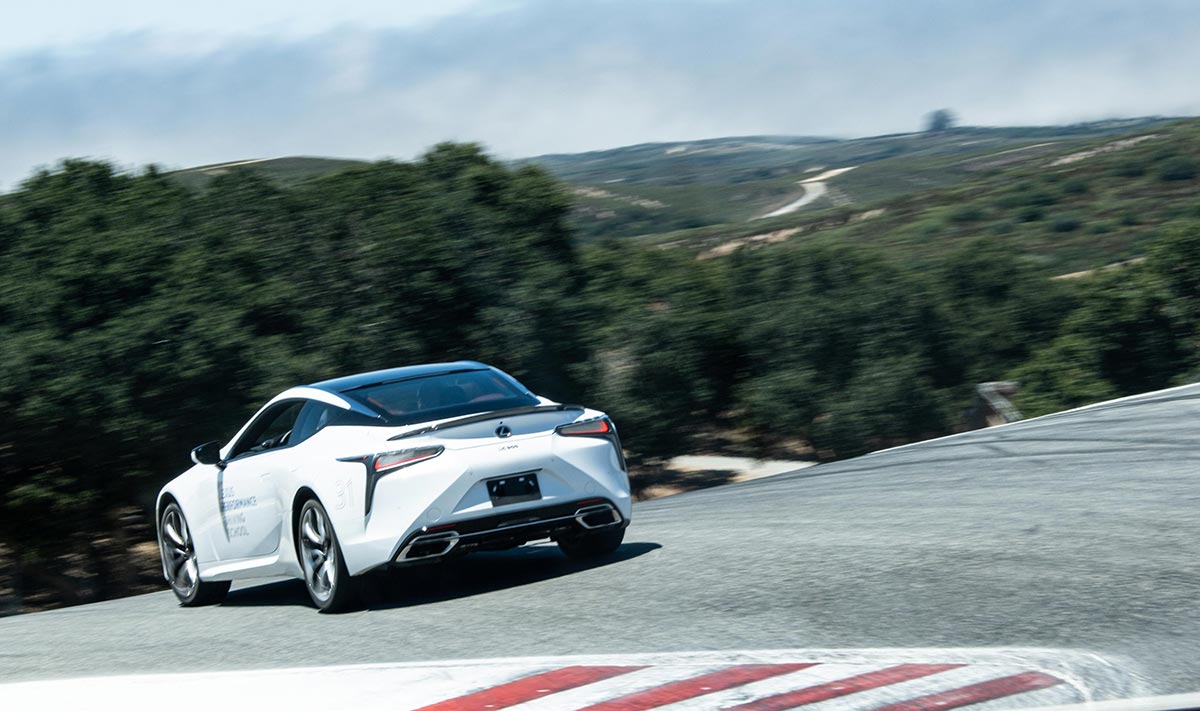 It’s my final lap around the autocross course, and I’m hyper-focused, trying to relax my shoulders and breathe deeply. The parking lot at Laguna Seca has been transformed into a pylon obstacle course, complete with sharp corners and slalom barriers, sweeping turns and a tiny punch of acceleration.

I’ve been chipping away at my time all day — my goal is to get under the 38 second mark and put myself in the upper third of the table. The instructor gives me the thumbs up, and I mash on the pedal of the Lexus GS F, already planning my approach of that first apex.

Lexus has been running their Performance Driving School in various formats for the past ten years, and now with the brand’s sponsorship of the Laguna Seca racetrack in Northern California, the program has a home base instead of roaming across the country. 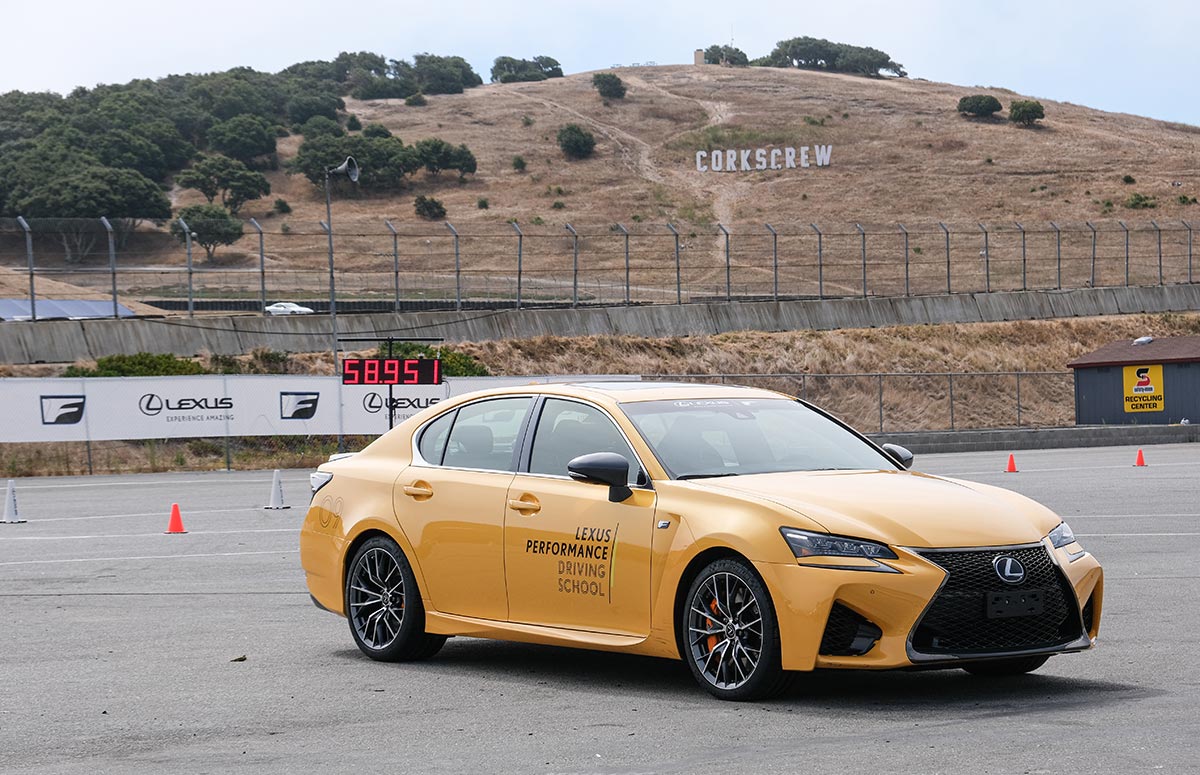 Over the course of three weekends in 2019, people of various skill and interest will participate in a full-day of performance driving. Some already own a Lexus, some are considering the brand, and others just want a chance to run the iconic racetrack.

The day is divided into slices, with an introduction to performance driving, two sessions of autocross, a crash course on drifting, and four rounds on the main track. 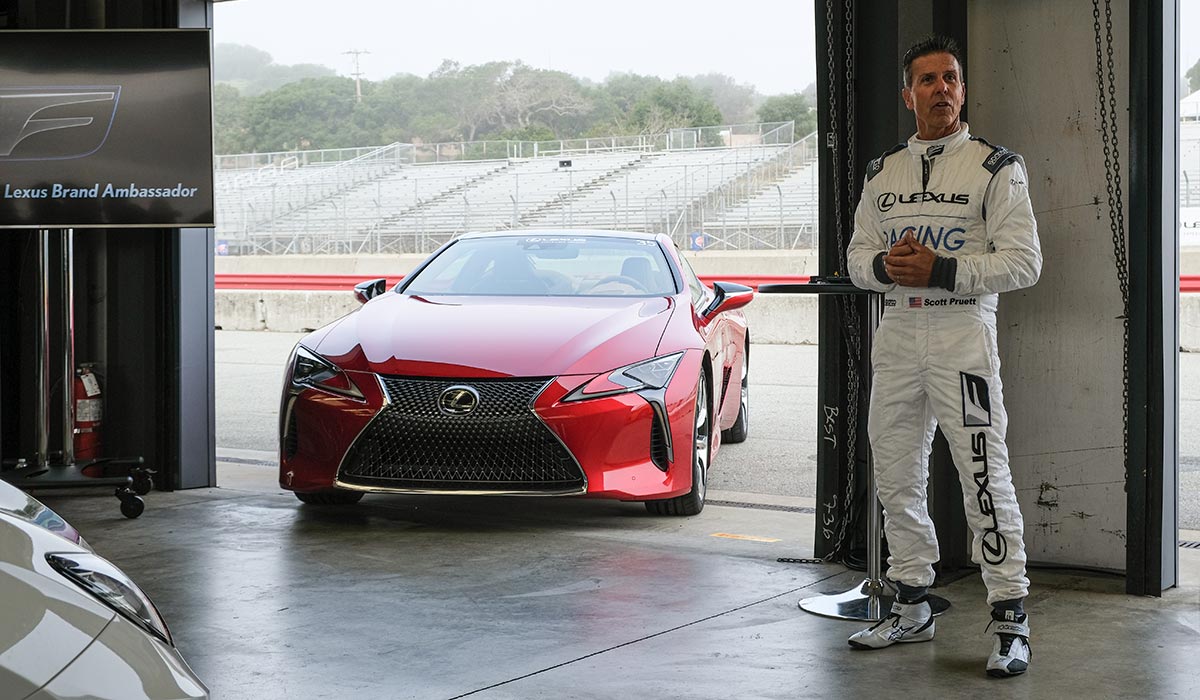 The centerpiece of the event is Scott Pruett, an affable Lexus brand ambassador who just happens to be the all-time record holder for wins in major North American sports car competitions.

The other instructors also boast some impressive credentials, some even recalling battles against Scott over their years of professional racing.

The day before the event, I fly to San Francisco and pick up an LC 500 for my drive down to Monterey.

The coupe is poorly cast as a commuter car, but performs well in its role. It’s an attention magnet, and I’m self-conscious of the car’s flair. I’m thankful for the Nebula Gray exterior and its calming effect on the design, but there’s no hiding in an LC 500.

Through the rush hour traffic and highway driving, it’s almost possible to imagine that I’m driving in an LS sedan. 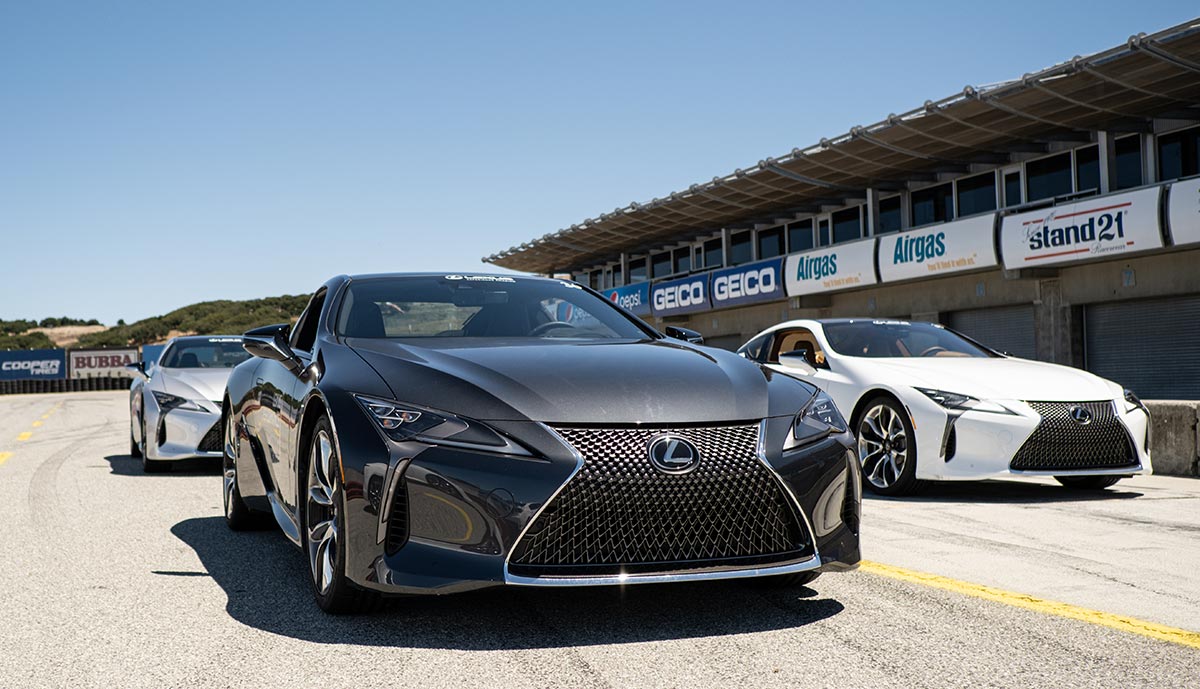 On the track, the LC is a whole other story. Unleashed, the V8 fills the cabin with tangible noise. With twelve cars all growling in unison on the track, the sound is intoxicating.

The first few laps, we follow slowly behind an instructor to learn the lines of the track, the corners all marked off with cones to indicate the optimal apex.

After that, the shackles come off and the pecking order of skill and ambition becomes clear — we group up in packs of three, the tone turning serious as we each try to find our limits while not crashing or running off into the gravel.

While Scott brings star power and impresses everyone with his stories of racing glory, he’s immensely practical and down-to-earth. He walks around between sessions offering advice, even inspecting each driver’s seating position to ensure optimal performance.

This is key — while the pedigree of our instructors could be intimidating, they are focused on improving our driving. There are personal tips, sidebar discussions, theory turned into practice.

Everyone pairs up for the track driving, taking turns driving and riding shotgun. My partner is Joy Higa, a retired professional motorcycle racer who’s considering an LC 500 as her next car. Intimately familiar with Laguna Seca, she tears around with an abandon that leaves me queasy. 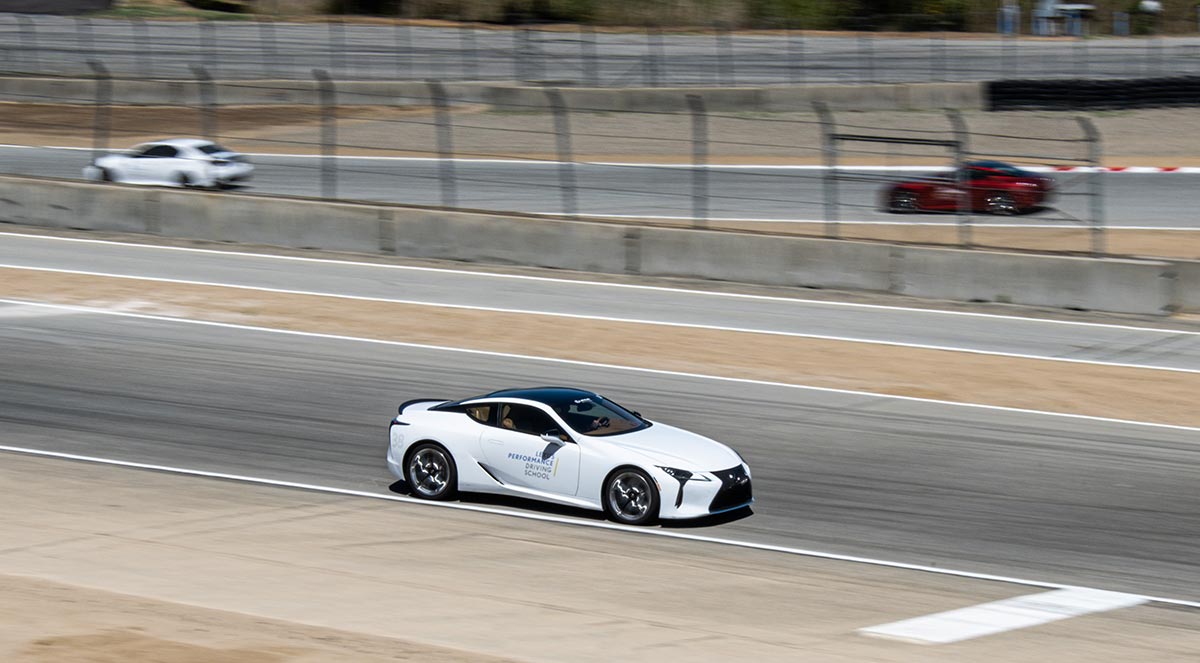 I watch as the leading car clips the track’s edge, wobbling slightly and almost slipping into a slide. They immediately correct, going on like nothing happened at all. Everyone is in the zone as we enter the final stretch of our day. 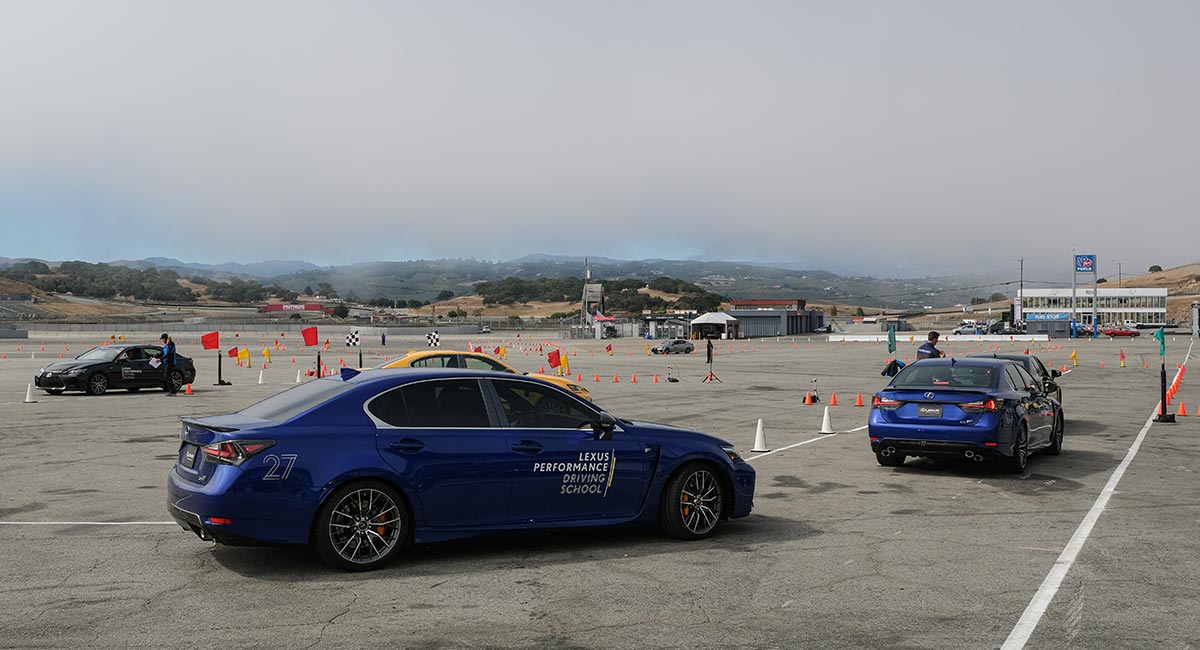 After squealing through every twist and turn of the autocross course, I enter the final s-bend feeling confident. The top drivers in our wave are putting up times in the high 36 second mark, Scott Pruett managed 35.9 seconds with three passengers. I hold my breath as I brake hard in the stopping box.

In the end, I finish with a 37.9 second lap, shaving 1.2 seconds off my record and bringing an unexpected elation as the day finishes.

Priced at $995 for a single day and with most people likely requiring a flight and hotel, attending the Lexus Performance School is not a decision made lightly. But there’s no questioning its value.

Laguna Seca is one of the most famous race tracks in the world, a destination all of its own. Add access to the high-performance Lexus car lineup, a group of excellent instructors, and a full day of driving, and you’re looking at a once-in-a-lifetime experience.