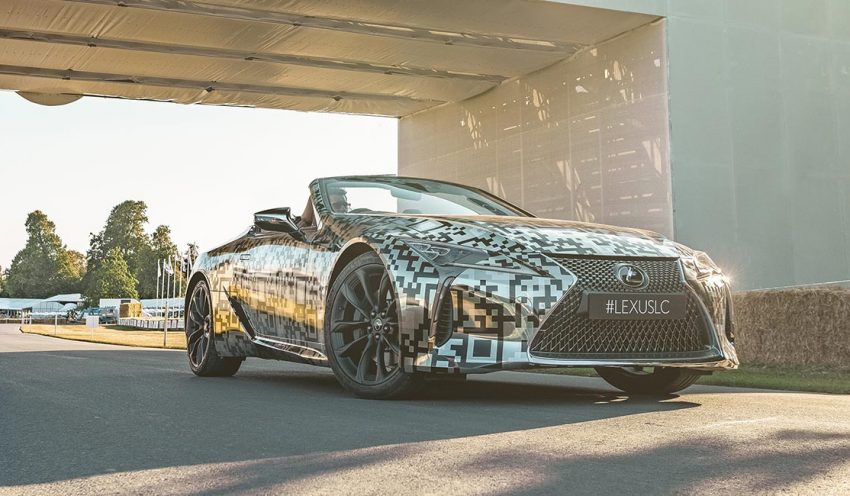 A prototype of the production Lexus LC Convertible has debuted at the Goodwood Festival of Speed in the United Kingdom, taking part in the famous hill climb alongside some of the world’s most exclusive vehicles. Let’s start off our coverage of the new model with the full press release.

Lexus is to extend its exquisite LC flagship coupe range, with confirmation today that a dramatically styled open-top version is to go into production in the near future.

Visitors to this year’s Goodwood Festival of Speed in the UK will witness the world debut of an LC convertible prototype in action, when it appears on the famous hill course (July 4 to 7). The new model will take its place among some of the world’s most exclusive and prestigious new cars at the world-famous showcase for the finest modern and classic sports cars. 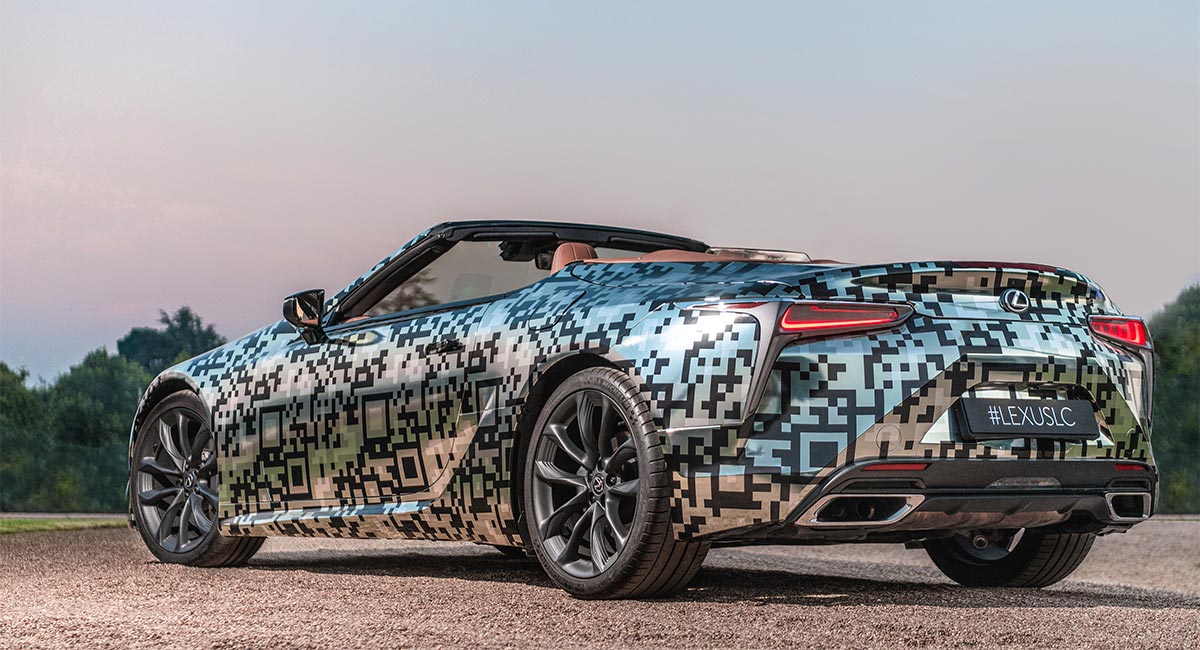 The future convertible sports coupe will broaden Lexus’ luxury lifestyle offerings, broadening the LC line-up and giving a sense of a completeness to the brand’s flagship models.

The LC has quickly become established as one of the most sought-after and internationally acclaimed models Lexus has ever created, thanks to its combination of striking design, fine craftsmanship and exhilarating performance. The potential evolution of the range to include a convertible was signposted at the North American International Auto Show in January, where Lexus revealed the LC Convertible Concept. The concept’s design goal was to express ‘Ultimate Beauty’, and it provoked an enthusiastic response from both industry experts and the public. Like the LC itself, the concept car was honoured on its debut with a prestigious EyesOn Design Award. 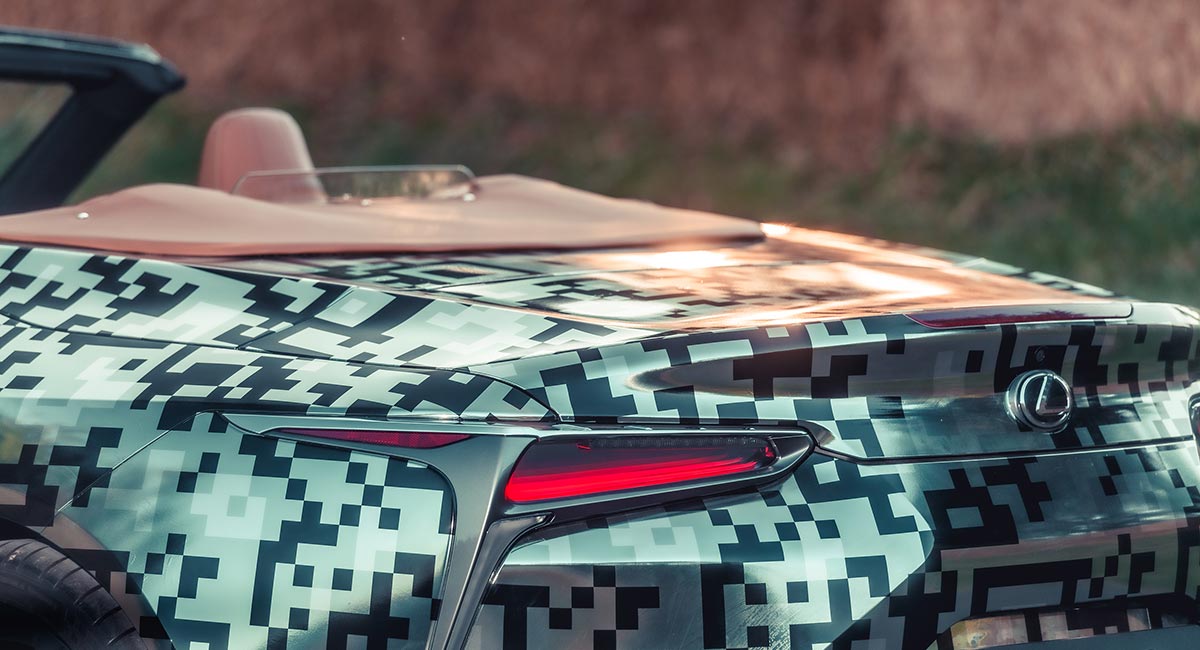 Long, low and lean, the LC convertible will share the coupe’s athletic proportions, but project its own, distinct identity. Its large wheels and short overhangs will signal its performance pedigree and rewarding driving experience. The prototype model will carry masking at Goodwood, teasing the design detail and dynamic capabilities of the full production version.

Professional race driver Nick Cassidy will drive LC convertible prototype up the hill at Goodwood Festival of Speed. Nick is currently with LEXUS TEAM KeePer TOM’S competing in the GT500 class of the Super GT series in Japan. Beginning at Goodwood, the prototype LC convertible will take to different venues, gathering feedback for the engineers. 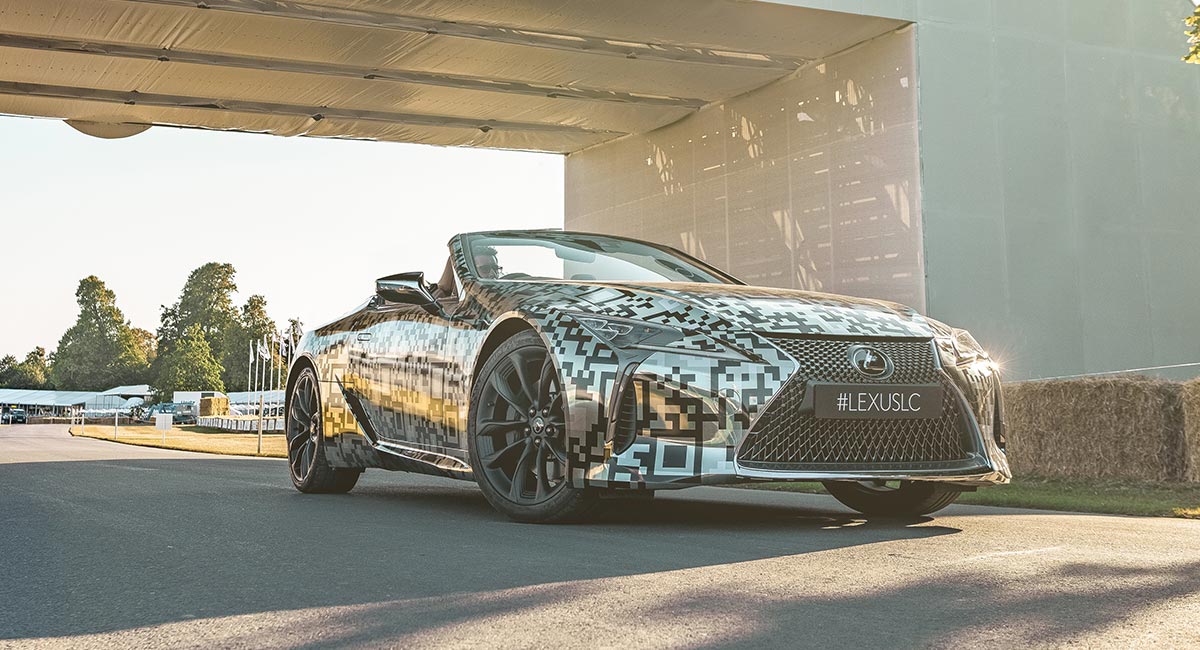 Describing his deep feeling for this moment, Lexus International Executive Vice President Koji Sato said: “The Goodwood Festival of Speed celebrates the history and culture of the automobile, and serves as a gathering place for some of history’s most notable cars and drivers. Lexus is honoured to join this festival, and I could not be happier to unveil this prototype model of the LC Convertible here at the same venue where the LC coupe made its debut in 2016.”

Detailed specifications and timings for the LC convertible’s market introduction will be announced at a later date.