The month of May in Lexus motorsports wraps up with news from Germany and Japan.

Lexus couldn’t ask for a better result as they swept the GT 500 podium and won the GT 300 race. 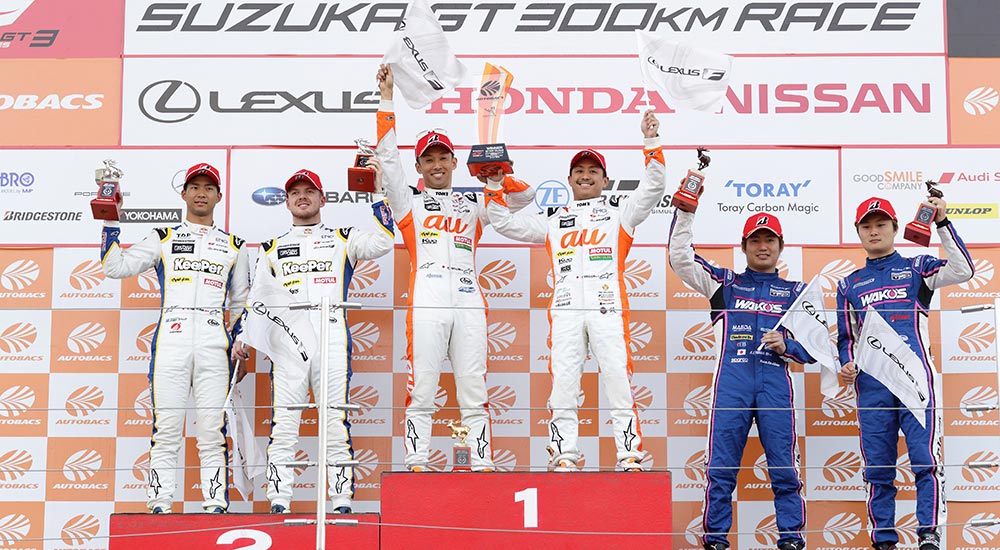 In the GT 300 class, the #96 K-tunes RC F GT3 co-driven by Sena Sakakuchi and Morio Nitta achieved its second win of the season.This, by the way, was Nitro’s 22nd GT 300 victory, making him the series’ winningest-ever driver.

For Round 4 of Super GT racing, the series travels to Thailand on June 30. 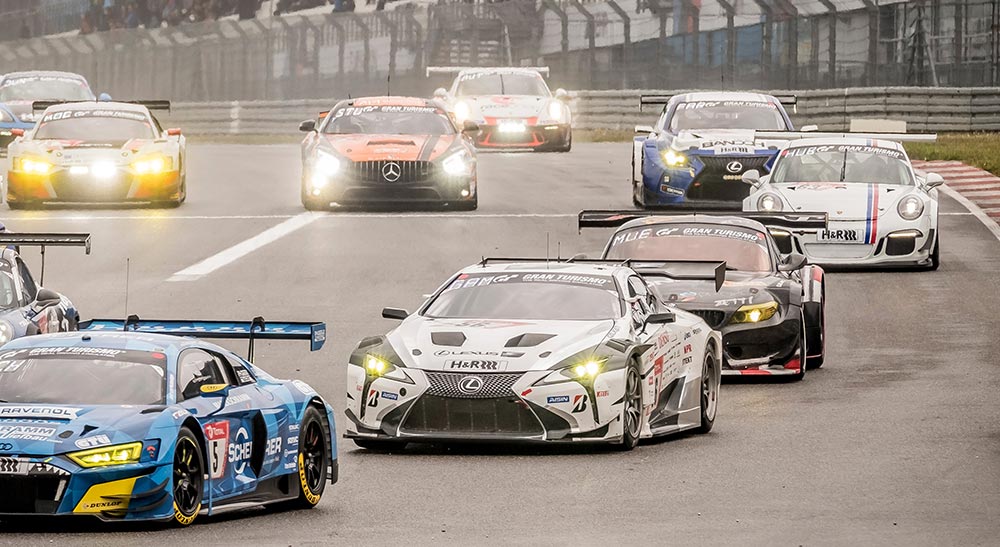 In advance of the Nürburgring 24 hours endurance race to be held on June 20-23, the storied German racetrack holds a 6-hour Qualification race, known as QF. Lexus’ official factory effort consists of the #56 Gazoo Racing LC co-driven by Takeshi Tsuchiya, Naoya Gamo, Takamitsu Matsui, and Yuichi Nakayama. Competing in the SP-Pro class, it finished in the exact same 24th-place overall position from which it qualified and started the race.

The best result by a Lexus racer, however, was the 20th-place overall finish achieved by the privateer #19 RC F GT3 co-driven by Dominik Farnbacher, Hiroki Yoshimoto and Michael Tischner. This collaboration between Japan Super GT’s Racing Project Bandoh and Nürburgring stalwarts NOVEL Racing competed in the SP9 Pro-Am class.

Now second overall for the season.

View the original article post
Lexus also won at Mid-Ohio last year. It was a great last few laps in the race today.

Motorsport.tv is now carrying the Super GT series. Which Lexus also won the race at Fuji this weekend. You can set up a free account here.

View the original article post
In advance of the Nürburgring 24 hours endurance race to be held on June 20-23, the storied German racetrack holds a 6-hour Qualification race, known as QF. Toyota brought a GR Supra (in the SP8T Class) and a Lexus LC (in the SP-Pro Class). While the Supra started from 43rd Place on the grid but did not finish, the Lexus LC driven by Takeshi Tsuchiya, Naoya Gamo, Takamitsu Matsui, and Yuichi Nakayama finished the full 6-hour race in the same 24th overall position from which it started. For more info:

That was total domination on Honda's home track because Suzuka is owned by Honda. 6 out of the top 7 in GT500 were LC500's and a Lexus RC-F won GT300.

That was the 3rd race out of 8 this season so there's still a long way to go but hopefully Lexus can win a championship in their final Super GT season. Next year Toyota is switching over to a Supra based GT500 car for all teams.
Joaquin Ruhi

View the original article post
Is it hard and very expensive for Toyota as they already compete in the GT500/GT300 to put 3 cars in Nurburgring ?

maiaramdan
Is it hard and very expensive for Toyota as they already compete in the GT500/GT300 to put 3 cars in Nurburgring ?

View the original article post
Sadly, things did not go well for the other Lexus racing team seeing action on the weekend of June 1-2: Tech 1 Racing, competing in Round 3 of the Blancpain GT Series Europe Endurance Cup at France's Circuit Paul Ricard. Given its longer 1000 km duration, regular drivers Fabien Barthez and Bernard Delhez were joined by Eric Cayrolle. The team ended the race in 38th place overall and 7th among the 9 cars competing in the AM Cup category.

A French-language account informs us that as night fell just past the midway point of the 6-hour race, the #23 Lexus RC F GT3 abandoned the race due to mechanical problems.
Driving the NX 450h+