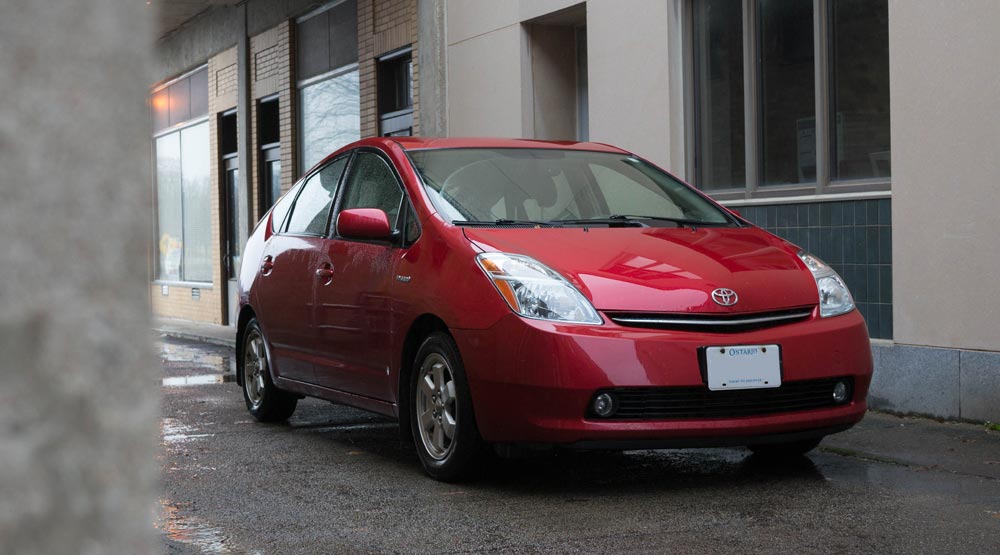 A good marriage is about compromise, and my marriage is better than most. When my wife, Karissa, suggested that we switch vehicles for a change, there was no counter-argument — all things considered, how could I stand in the way of a woman’s quest for luxury and higher fuel costs?

Anyway, this should explain my decision to veer off-brand with a review of my current daily driver, the 2008 Toyota Prius.

As anyone that knows me personally will attest, I have an enduring vocal love for our Prius. This is an iconic vehicle, changing the industry with a cost-effective hybrid drivetrain and optimal aerodynamic fastback design. The revolution is now in the rear-mirror, but there was a time when the second-generation Prius was unlike anything on the road.

As a statement of fact, the fuel efficiency is wonderful — there are fewer stops at the gas station, it takes regular unleaded, and costs around $30 CAD to fill the tank from empty. There is, however, more to the Prius than just economy.

There’s also the freedom to go anywhere with no concern of my car’s safety. I have written before about my aversion to parking lots and the accompanying dings and damages, and driving a ten-year-old car removes all anxiety of such things. I will literally park this thing anywhere, with little regard or worry.

(I do hope, however, Karissa does not feel the same way about the IS.) 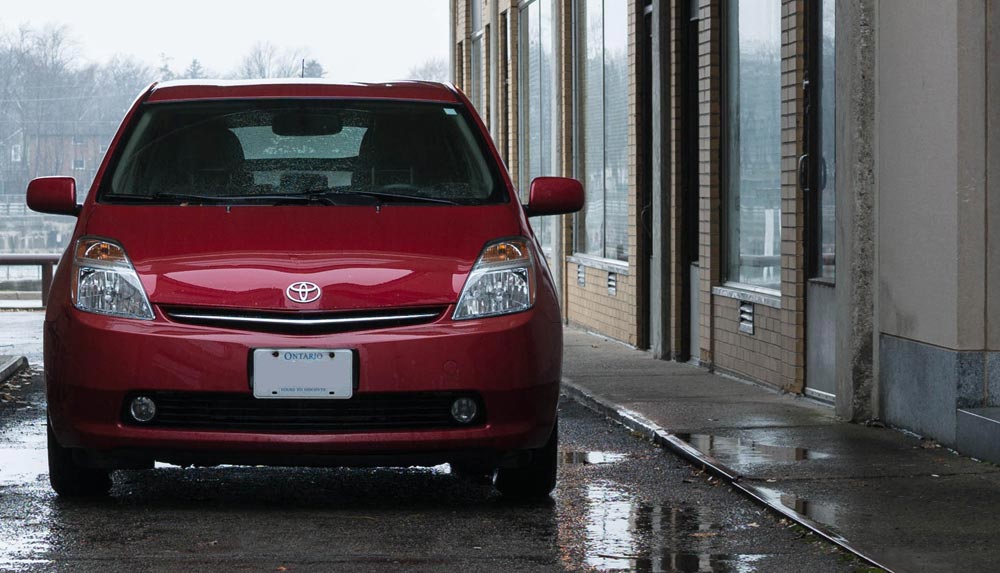 Despite its age, the Prius has a wealth of technology — keyless entry and push-button start, substantial steering wheel buttons, auto-climate control, automatic headlights. There’s a AUX jack to plug my phone into, mimicking the USB connection I use in the Lexus. The JBL sound system isn’t bad either, even with the wonky front-driver speaker.

I’m less positive about the cabin, which feels decidedly bland and lacking in character. The large center display is nice enough, and I do like the deep-set speedometer, but the beige fabric and plastic everywhere do have me pining for the IS and its leather interior. Still, it’s hard to complain about so much functional space. There are two glove boxes, a massive armrest, and just last month, I discovered yet another storage area under the cup holders.

The 1.8L gas-electric hybrid engine doesn’t have much in terms of horsepower, but the Prius doesn’t lack in acceleration. The car makes one hell of a racket at full throttle, though, and the overall experience can generously be called “rough around the edges”. Clearly, driving dynamics were not a major concern during development — body roll is noticeable, steering is feather-light, and the seating position is comparable to a dining room chair.

To the surprise of no one, I will enjoy moving back into the Lexus when our switcheroo comes to an end. Even so, I’ve enjoyed my time in the Prius. It’s easy to understand the car’s iconic status, and why this generation is still so popular on the road. It may be more appliance than vehicle, but that doesn’t really take away from its greatness.

chbailey2424
Car play will be on the 19 ES, UX, RC, NX, LS and LC. We will start seeing them in September or October

Great! Any idea if it'll be available as a firmware update for the 2018 LS?
It won't be. The Apple Car play and Alexa will start being available on the 19s but it won't be something you can add on to the older models.

Eddie Clark
I really love Lexus but I won't buy another one until they update the infotainment system... It's really inconvenient and more of a distraction than it's worth. I keep an Android tablet in my IS for that reason.

Good point... Just purchased IS350 FSport3 and I'm still getting used to the infotainment system. Navigating it seems too complicated. The mouse is a pain to use!
The mouse was a pain, the touchpad they replaced it with is a definite improvement.
krew