What should be the first Lexus F brand crossover/SUV? That’s the question we asked readers last week — after 1,002 votes in total, here are the results: 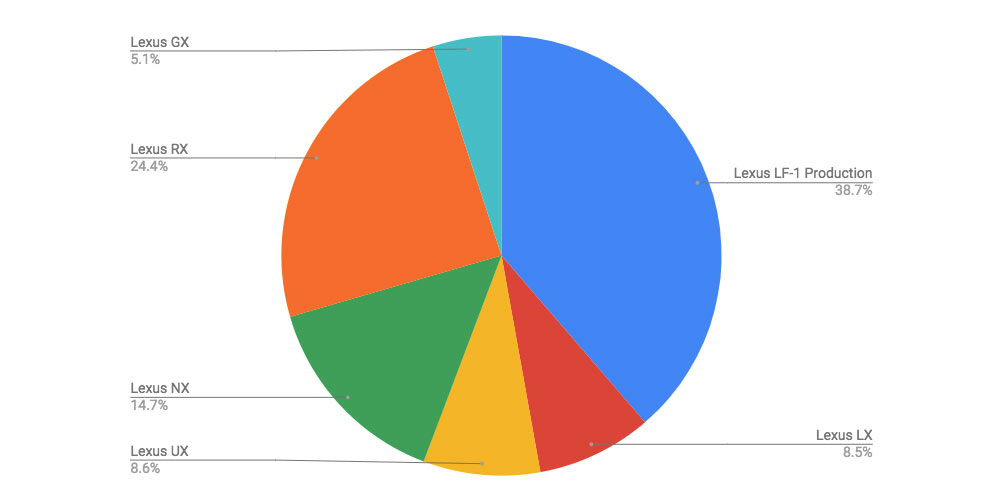 The LF-1 Limitless concept was the top pick, and it’s a choice that demonstrates both the knowledge and realistic nature of the Lexus Enthusiast community. Despite its theoretical nature, the LF-1 is the only one of the bunch built on a rear-wheel drive platform, and the production model will mostly likely debut before any of the other models are redesigned.

More surprising is the second place finish for the RX, though being the bestselling Lexus of all time surely played a role in the voting. The NX contingent were among the most vocal in the comment thread, but the compact crossover finished a distant third.

Thanks to everyone that voted, check back next Wednesday for our latest enthusiast poll!

It can't come soon enough. In my opinion Lexus is a little like Apple in the sense that they don't always release the latest technology or be the first to enter a certain segment (or create one) but they take their time for a better (more reliable) execution. I personally think Lexus takes too long, hopefully reliability more than makes up for the extra time they take, but its probably just later decision making.
I've pushed the NX and RX as hard as one can and while I would love to see a F model, I would hope its the next generation. Barring some miracle of engineering they simply are not ready for that type of life.