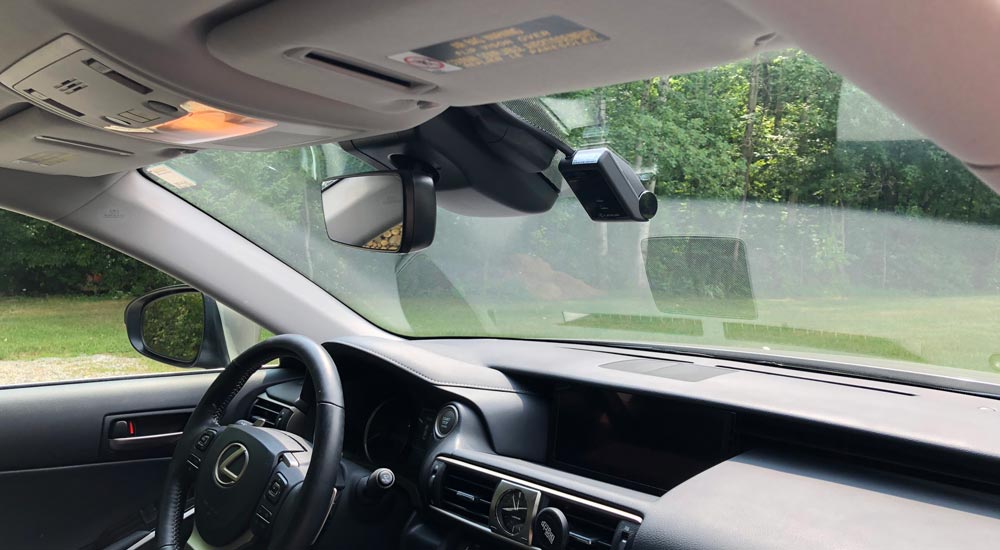 Shortly after posting about the new Lexus Canada dash camera available in dealerships, I was contacted by their accessories group with an offer to install one in my IS 300 AWD. I agreed instantly, and just last week had it installed by Performance Lexus in Southern Ontario.

I did have a concern going into the install, in that the camera would be a possible obstruction while driving. This proved to be a non-issue, as the unit hides behind the rearview mirror: 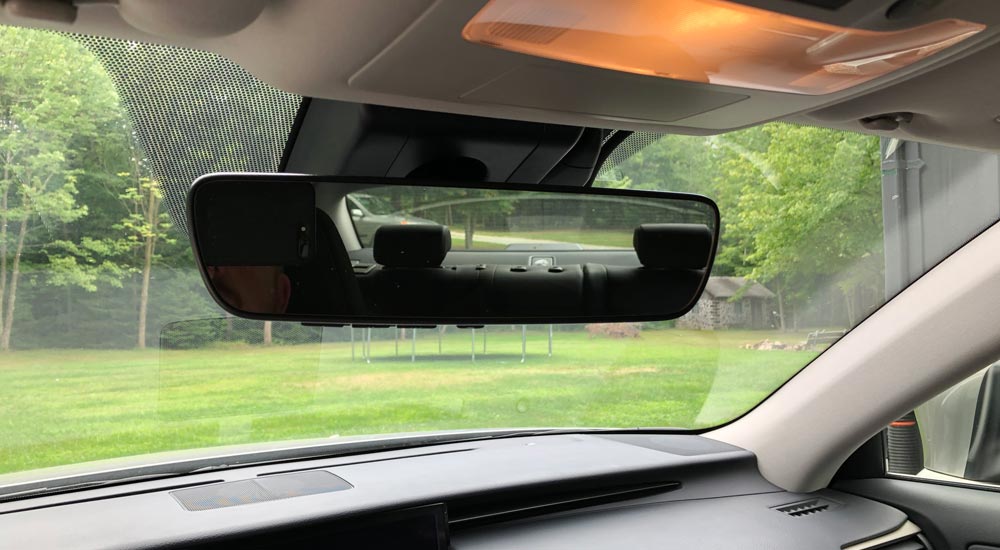 Installation did take a couple hours — the passenger side A-pillar and part of the roof had to be detached to make way for the power cable: 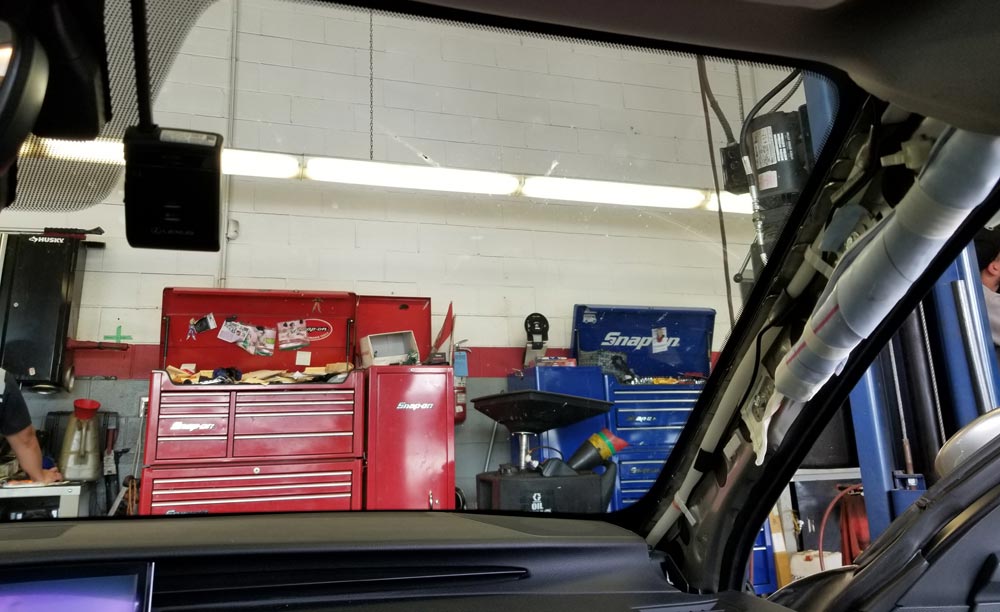 My time to experiment with the camera has been limited, but the process of reviewing footage is interesting. Here is some footage on the default setting:

(There have been times in my life when a camera documenting my driving habits would be a bad idea, but fatherhood and a growing distrust of other drivers have turned me into a defensive and careful driver.)

More impressive is the amount of data that the unit recorded — GPS co-ordinates, speed, and even g-force can be reviewed using an app available for both computers and phones. Here’s the Mac software: 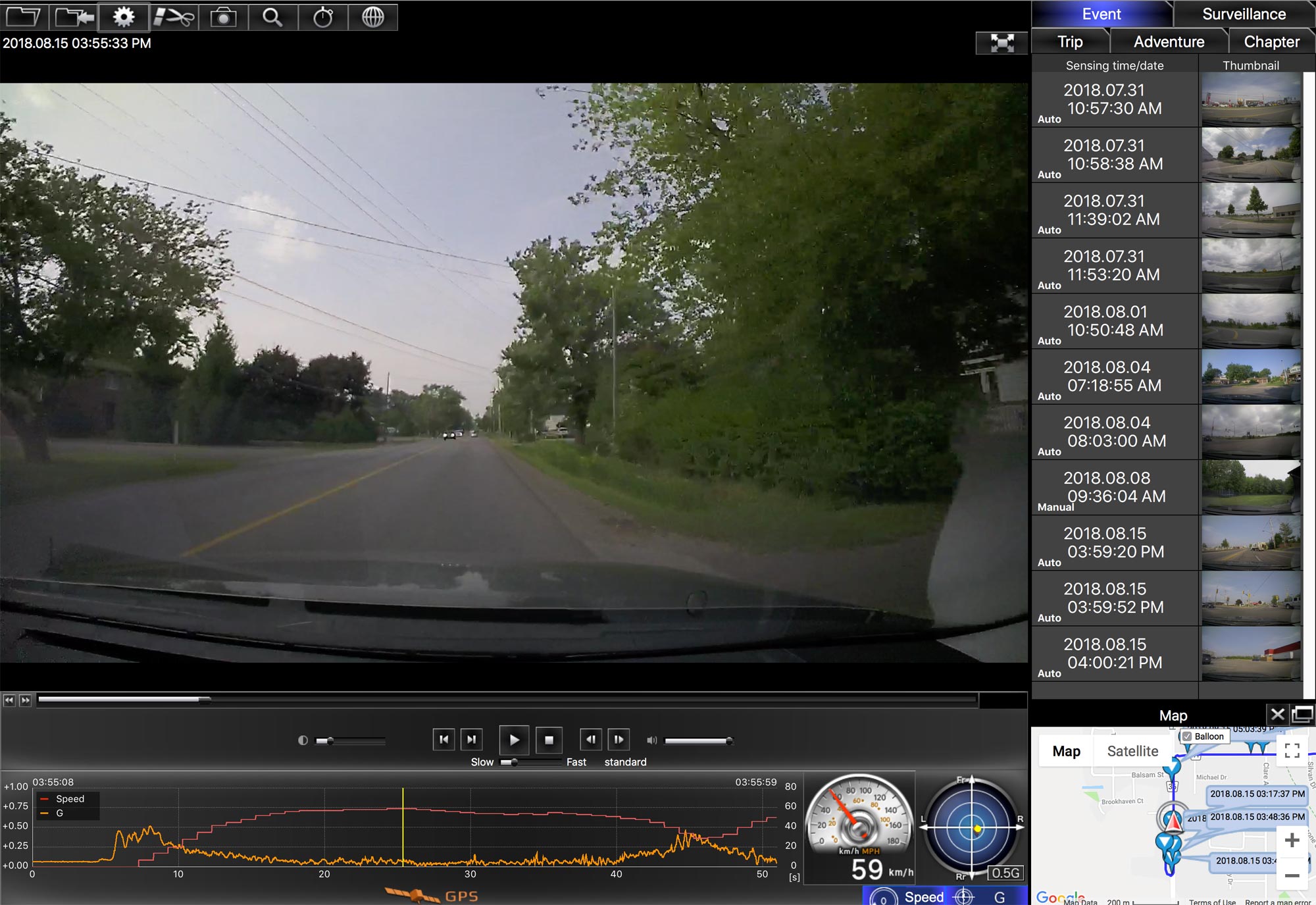 The entire setup is so well-integrated, and I could not be more impressed so far. I’m going to live with it a while longer before publishing a more detailed review, but early impressions are very positive.

(If this dash cam had been available last year when I picked up the IS 300, I likely would have used it to record our cross-country trip. Mounting a GoPro to the front windshield takes up a lot of real estate.)