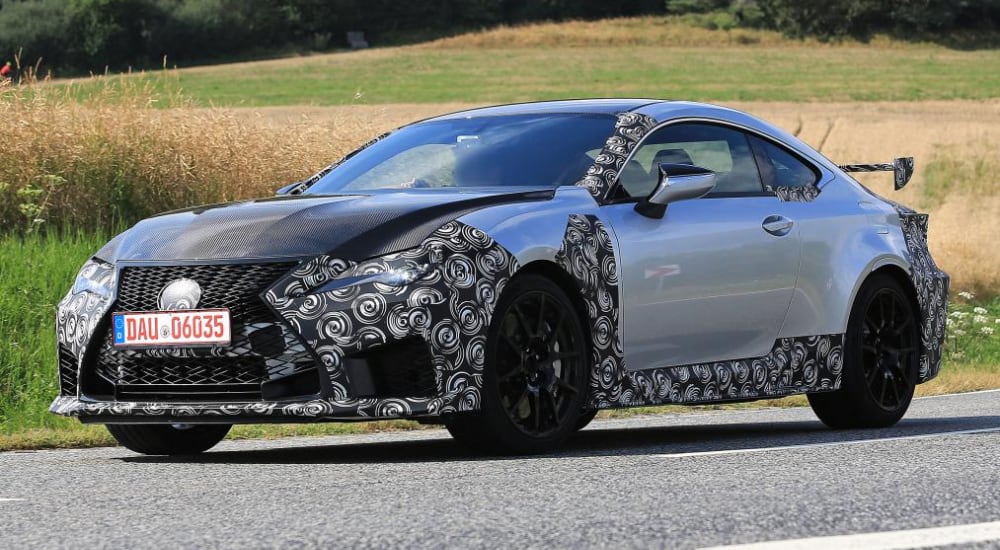 Lexus looks to be moving forward with a production version of the RC F GT Concept that debuted in 2016 — a new camouflaged prototype has been spotted in Germany showing off an updated exterior and a fixed rear wing: 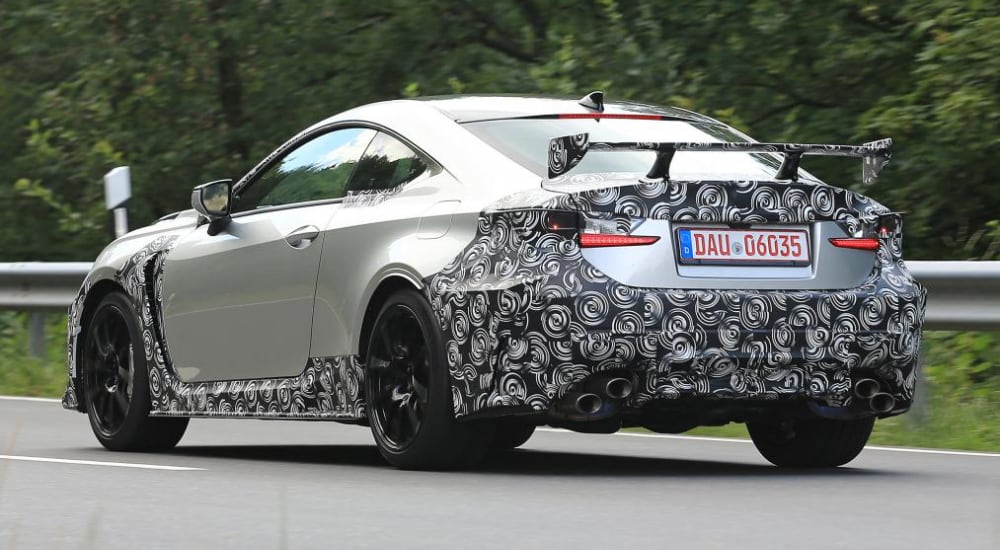 The RC F GT Concept was developed alongside the original production car, and both shared the same V8 engine and transmission. The RC F GT featured track-focused lubrication and cooling systems, plus a performance exhaust and an adjustable suspension. However, the major difference is weight: the RC F GT shaved off 800 lbs. due to the extensive use of composite materials. 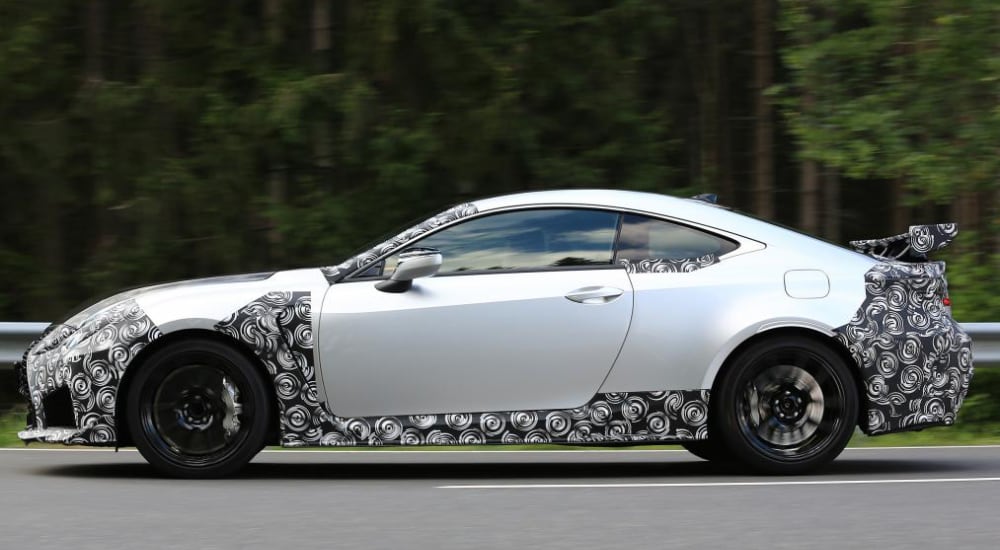 The RC F GT Concept also made an appearance at the 2016 Car & Driver Lightning Lap, where it finished only .2 second slower than the all-time leader, the 2017 Ford GT. Here’s the recorded lap of the Virginia International Raceway:

It’s too early to speculate just how the RC F GT will be sold, but having a moderately accessible track-focused variant of an existing production car is a major step for Lexus performance. Be sure to check out Auto Express for more photos of the prototype.

Faisal Sheikh
A lot of people don't realize, some of the extra weight is to achieve more chassis rigidity as it came from the IS-C middle section, which had additional reinforcements for the convertible. Almost all of the mass is close to the middle of the car because the roof line is very low, which gives it a near perfectly chassis balanced 53/47 weight balance.

Yes, but TMC should give consumers more choices as well, and this GT is a sign they are on the right track.
Regarding weight balance, a 47/53 ratio would be better than 53/47 for the RCF, but for a frankenstein of a car the RCF is well engineered.

Airplane
Yes, but TMC should give consumers more choices as well, and this GT is a sign they are on the right track.
Regarding weight balance, a 47/53 ratio would be better than 53/47 for the RCF, but for a frankenstein of a car the RCF is well engineered.

Yes, I stated above, having a track-oriented hardcore RCF keeps the RCF relevant. BTW, 53/47 is pretty close to perfect balance as much as an FR car with big V8 can get. 52/48 probably might the closest. You would either need front or rear mid-engine layout to get a more rear-bias like a 47/53.
krew

View the original article post
Probably accurate for the most part based on the spy shots, at least in terms of the shapes of the lighting. The front vents seem to be way to small, making it look awkward...
The design is cool but I prefer the daytime running light to be separate from the headlight assembly.
Looks accurate but bad from design perspective.

I hope that render doesnt make the showrooms, its not nearly as aggressive as the market expects it to be.

The name likely won't change but I wish it were more sinister, RCF GTR, or maybe GTX

And those headlights, I don't know its a step down from standard RCF, I was instantly reminded of the FRS headlights.

LexusfanLFA
The design is cool but I prefer the daytime running light to be separate from the headlight assembly.

Good catch, I agree..... probably a cost cutting measure....
I see that just about everyone here is less than thrilled with this rendering of the RC midlife facelift/refresh. I'll stick my neck out and be the contrarian that thinks it's an improvement over the pre-refresh LC. I've never been a fan of the separate DRL Nikeesque swoosh, and I'm hoping this rendering is accurate as far as incorporating the DRLs into the main headlight unit. I also feel that the side vents on the front bumper fascia are appropriately-sized and not oversized as on the post-facelift 3IS.

Of course, at this point we don't know how accurate that rendering is...
Driving the NX 450h+