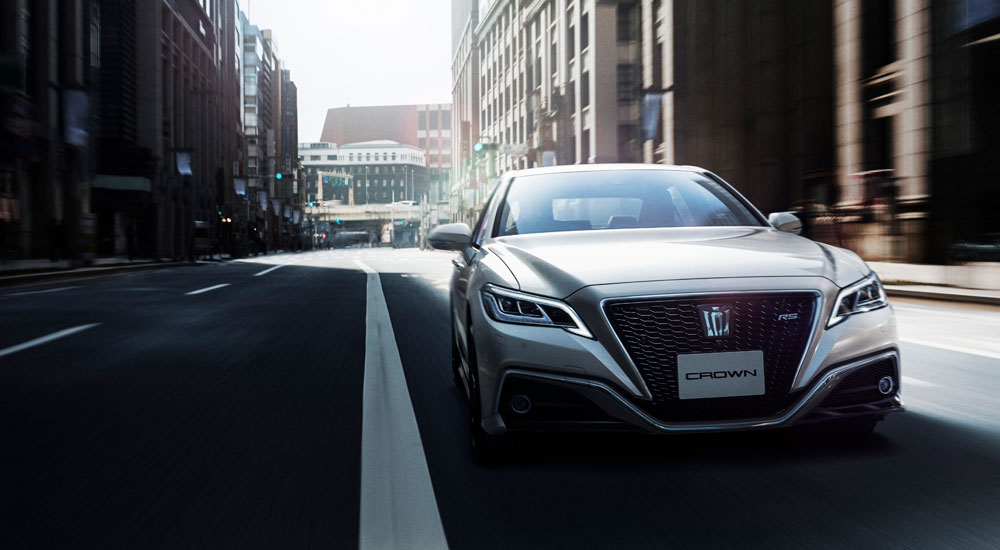 Toyota has just released a next-generation Crown sedan exclusively for the Japanese market, making it the second such model I’ve posted about this week. However, unlike the Toyota Century, this new sedan might actually make an impact on the Lexus lineup.

There has been much discussion on the future of the Lexus GS, and that makes the Toyota Crown very important indeed. The two models have shared platforms and engines since 1993, this new Crown has been extensively redeveloped. It now uses a modified version of the GA-L platform from the new Lexus LS sedan & LC coupe, and the same hybrid powertrain also offered on both Lexus flagships. For all intents and purposes, this Toyota is already a Lexus underneath the sheet metal.

Not to discount the additional development required, but the Crown offers a basic shell that could be used for a next-generation Lexus GS. Exterior and interior styling would have to change, but then that plays exactly into the brand’s strengths. It should be noted that Lexus no longer needs a second mid-size sedan, but the GS could be refactored into a four-door coupe and be elevated to a more prestigious (and lucrative) segment.

It may all be in the timing, as Lexus has brought out three new cars (LC, LS, ES) into a market that prefers SUVs and crossovers. There’s been an understandable shift in priority for the brand, with the focus now shifting to the UX and the fast-tracked production version of the LF-1 Limitless crossover. But the pendulum will swing back at some point, and with the Toyota Crown, Lexus can easily have a new GS just waiting in the wings.