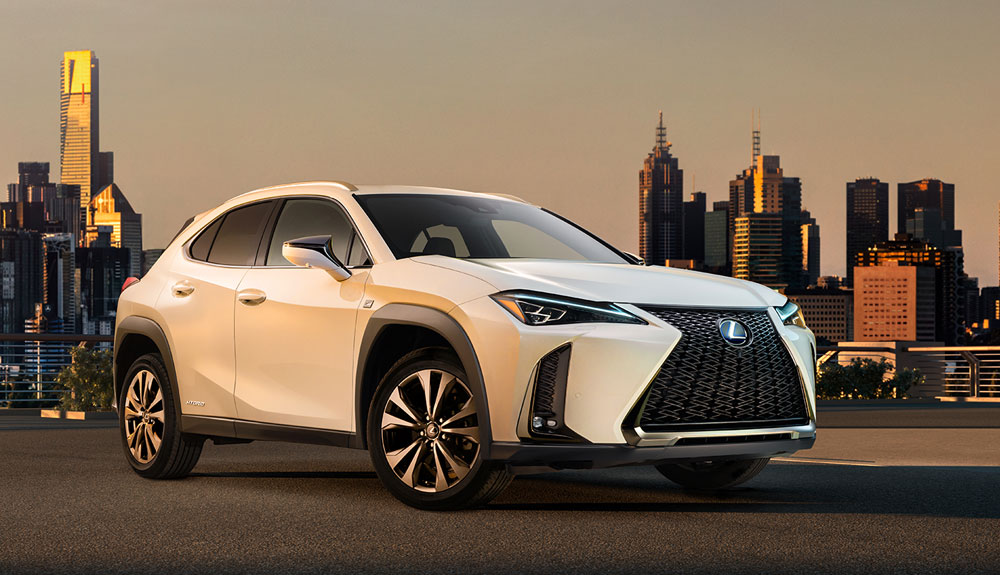 Lexus has revealed the UX subcompact crossover in advance of the Geneva Motor Show next week — there’s the photo above, and this new video that briefly shows off the interior:

Let’s take a closer look at the interior with two screenshots: 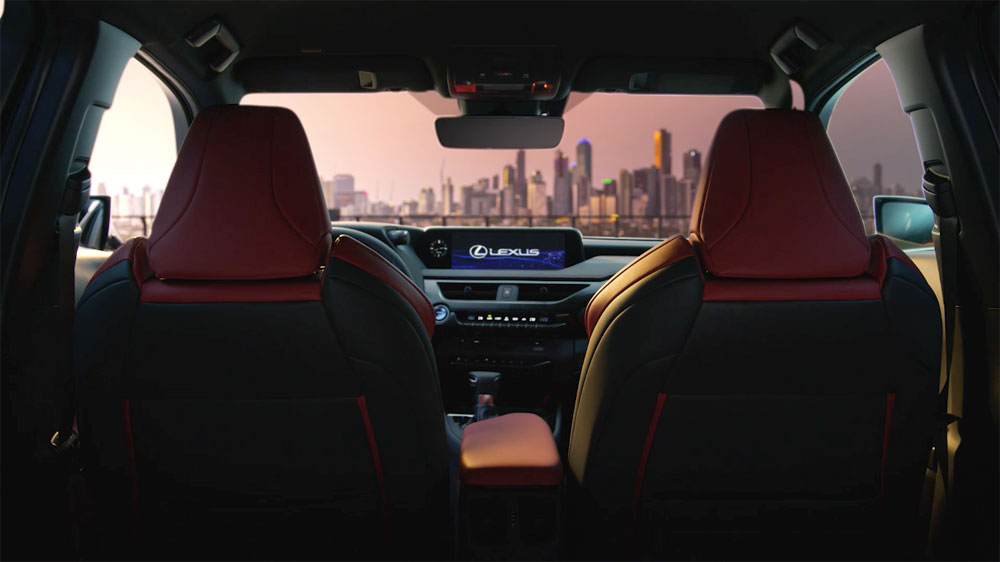 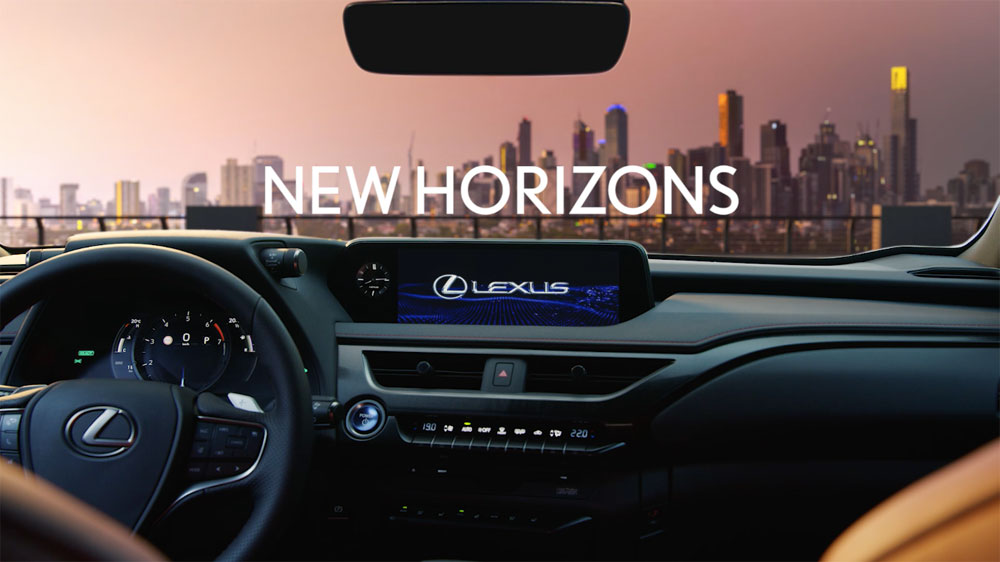 The press release is light on specifics, but does give a sense of the vehicle overall:

These first visuals reveal the UX’s bold and stylish, SUV-inspired design, combining powerful bodywork with a condensed appearance. Its crossover credentials are signalled by its muscular wings and haunches and high beltline, but under the skin an all-new platform gives the UX exceptional body rigidity and a low centre of gravity for the agile handling of a hatchback.

The scene inside the cabin combines a highly focused driver’s cockpit, a wide and inviting passenger space and a commanding view of the road. With its brave design, superior craftsmanship and imaginative technology features, the UX will offer strong appeal as a gateway model to the luxury brand in a dynamic and growing part of the market.

The UX has deviated significantly from the original concept, with an exterior looking like an amalgamation of the IS sedan, CT hatchback, and NX crossover. The interior is also reminiscent of the same vehicles, but with a strong dose of the LS flagship in the arrangement of the center console, the instrument panel, and the Drive Mode Select placement.

Although we’ve now seen the exterior and interior, there’s still plenty of detail left to be revealed. What’s your first impression of the newest Lexus model?

telithos
That's good know. My biggest complaint with the RAV4 hybrid is that it handles like crap. You feel every bit of that 4000lbs curb weight and high center of gravity when you make a turn or even some slight side to side motion to avoid something on the road. It's not confidence-inspiring. I am really curious to see what the UX ends up weighing in with the hybrid system, as that will have a big impact on how it drives.

there is already a hybrid in C-HR... sure this will be heavier but it will certainly have more complex suspension setup too.

Toyota's new TNGA is game changing for Toyota. I feel confident saying C-HR has best suspension in the class and that's a big change for Toyota where they used to have a setup thats good and something but rarely good at everything.

ssun30
Still, power equivalency is way better than 'torque equivalency' system VAG is experimenting with. Audi models now have severely inflated equivalency model numbers e.g. the Q3 30TFSI (actually a 140hp 1.4T) A4 40TFSI (190hp 2.0T) A6 45TFSI (250hp 2.0T) and A8 50TFSI (300hp 3.0SC). These cars don't even really have the torque the model numbers suggest. I call this false advertising since consumers are cheated to believing they are buying something much much better. The less knowledgeable common folks will think they are buying an A4 with a V8 when it is merely a 2.0 I4T. And this is extending to other VAG models as well. At least BMW underrate all their equivalency values. The 330i will smoke the A4 45TFSI any day, and the 340i is very comparable to a real V8.
Yet, a lot of people buy into all these BS because they think some extremely sophisticated German engineering is going on under the hood (for christ sake it's an iron block carried over from the 90s) , but complain Lexus overrate their hybrids.

Audi's system will end up being so ridiculed by the drivers that they will change it in 2-3 years. A4 30TFSI is slower than modern 2.5l NA engine, so it is just crazy that they are labeling it as such. It just no grounds in reality at all.

amoschen7
It is an artificial calculation inversely related to 0-100Km/h acceleration speed. That’s why the former A6 had both 30FSI(2.5 NA V6) and 40 TFSI (2.0 Turbo L4). This also explains why different models with exact same engine have different designations sometimes. But yea, VW is using a torque related designation right now.

I'm not convinced. If Audi does use 'acceleration equivalency' (see? it's getting worse and worse) here, then why not choose a scaling system that accurately represent the performance? This whole system just arbitrarily chooses a reference point to inflate the equivalency number and cheat consumers. There's just nothing right about it.

OK we are going off the thread here. Enough for now.