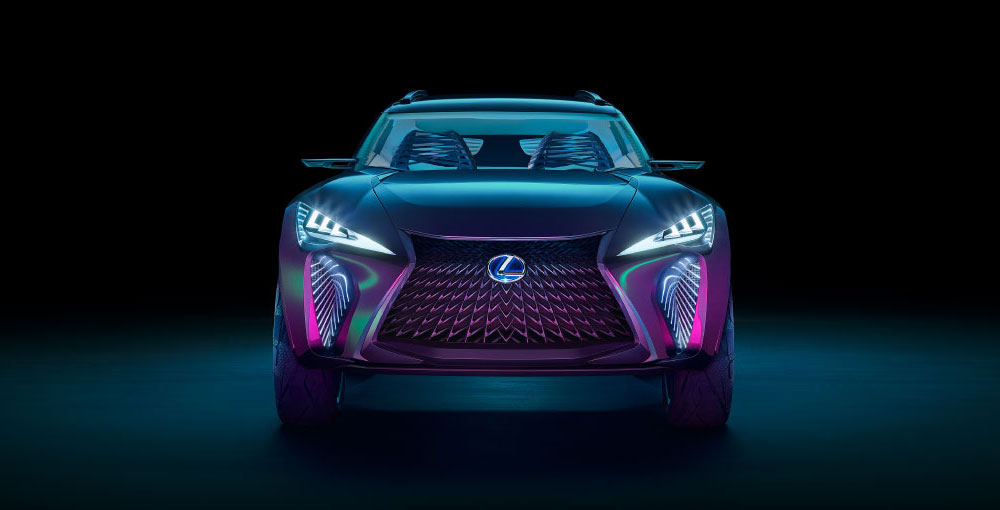 Lexus will debut the production model of the UX subcompact crossover at the Geneva Motor Show in March, according to a newspaper interview with Lexus Norway CEO Knut-Erik Jahnsen — from Dagens Næringsliv:

Later this year comes a model that will provide more sales in the small niche brand. A smaller SUV will be presented during the Geneva exhibition in March, and Jahnsen has a goal of selling 1500 to 2000 cars in two years, as part of the brand’s goal of selling 100,000 cars in Europe at the same time.

This is the second European regional office to essentially confirm the UX debut, with Lexus Spain sharing the launch plan with media late last year. The UX will be based on the UX Concept from the 2016 Paris Auto Show seen above.

View the original article post
I think I like the front of the UX better than bodacious fascia of the LF-1
I wonder what powerplant they will decide to use and if a hybrid version would be launched alongside it?
I hope they are planning a BEV model of the UX too. But with the rumors of the CT coming back as an EV model, maybe it will happen as a MMC or with the second generation UX.
Finally!
Welcome new member! ... @John Estrella

John Estrella
I wonder what powerplant they will decide to use and if a hybrid version would be launched alongside it?

That's what they'll offer at the beginning
I feel like US will probably just get UX 250 and UX 250h... 165hp would be a tough sell here. 206hp if they do quad exhaust! :joy:
Can't wait to see it! Lexus needs to bring it to the States (mostly because I think I want one lol)! I would love to see the same shaped spindle grille as the concept - looks unique and works well for that body size. The interior canNOT be cheap like the NX. Please, please, Lexus.
After many times watching videos and steady pics for both LF-UX and LF-1 I found a lot of common design cues which makes me believe this design language will be there design language for the next generations CUVs
Driving the NX 450h+