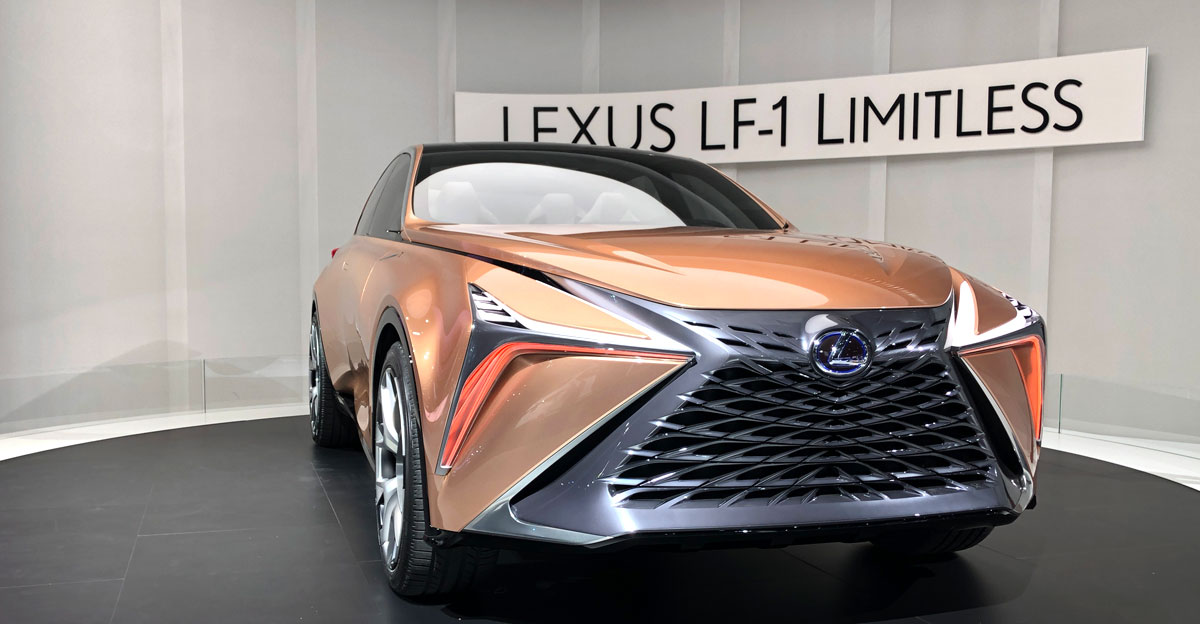 Picture in your mind the quintessential modern Lexus, a theoretical model that represents everything great about the brand.

This vehicle would have to reflect the luxury and status of the LS sedan and build off the design of the LC coupe. It would have to incorporate the dynamics and promise of the new Global Architecture platform. But most of all, it would need to be a crossover. The NX and RX are the two best-selling Lexus vehicles the world over, and represent the brand in the public eye.

Picture this theoretical model, and chances are it would look something like the LF-1 Limitless concept that Lexus revealed at the Detroit Auto Show last week: 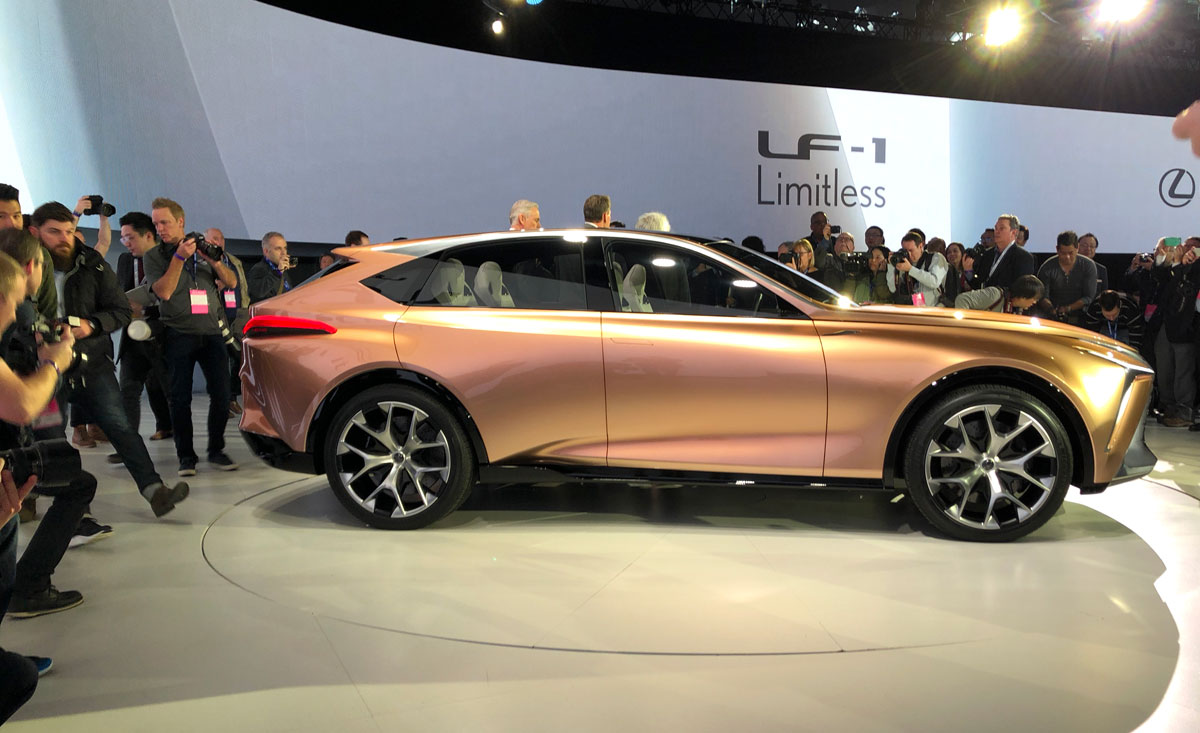 The Lexus LF-1 Limitless is an unusual concept, in that how it looks is almost beside the point. A rear-wheel-drive flagship crossover represents Lexus straight to the core, both as the brand exists today and how it wants to be perceived in the future. This is a case of product planning aligning completely with brand strategy and the current market. The LF-1 Limitless is where Lexus needs to be.

Photos can’t really convey the presence of the concept, its scale. The LF-1 Limitless is practically the same length as the LX 570, but with a longer wheelbase. The hood is long and elevated with a sharp edge, keeping the wheels low to the ground while creating extra headroom in the cabin: 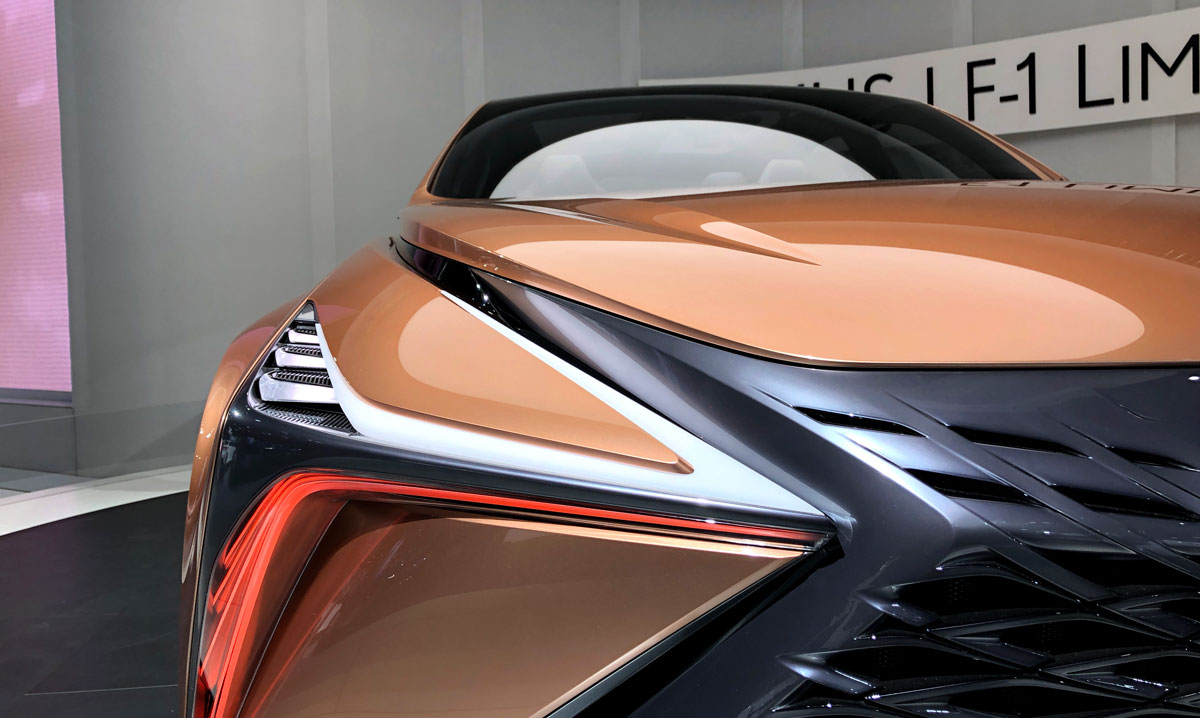 From the opposite angle, the hood also adds some muscle to overall shape: 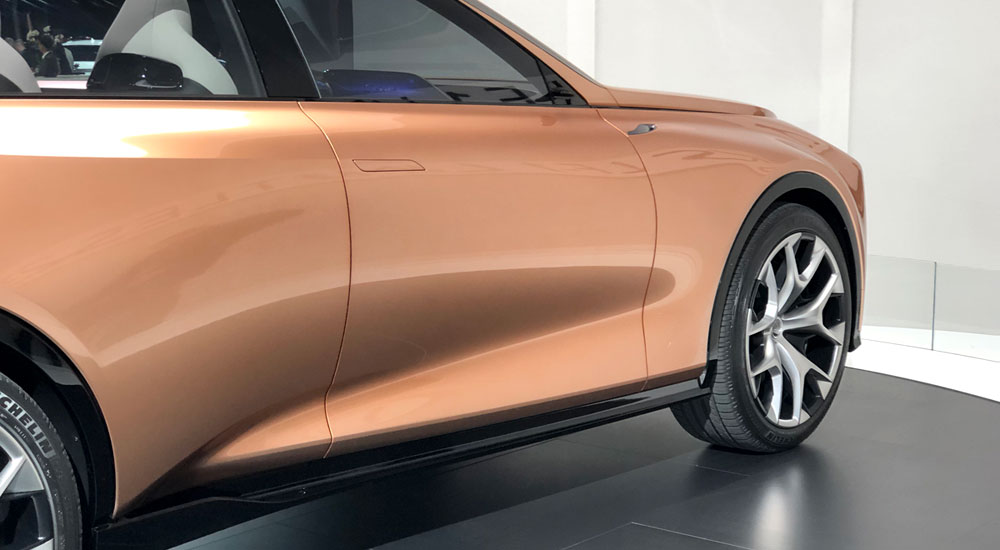 As the current Lexus design language matures, the front grille has continued to grow. With the LF-1 Limitless, a tipping point has been reached — the spindle grille now forms the entire front end, with the mesh pattern cutting into the surround. 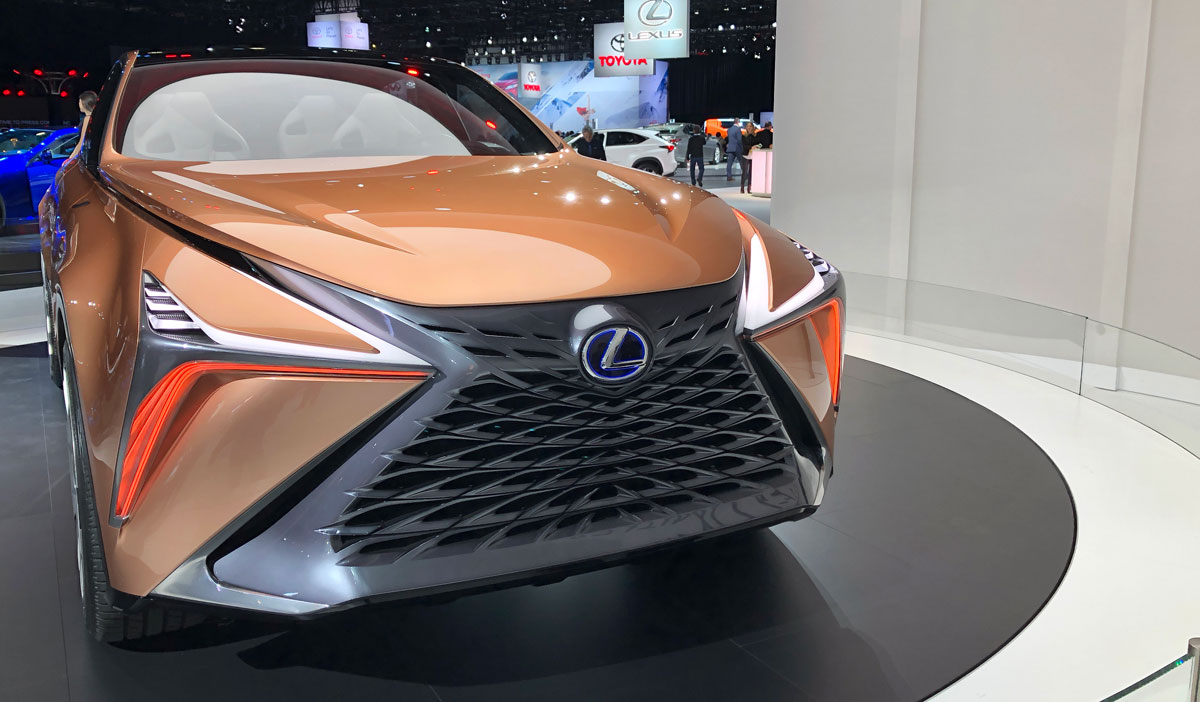 The headlights are overly complex, but such is the way of concept vehicles. The arrow head design of the daytime running lights has transformed into a hook, while the headlights have been reduced to three tiny LEDs: 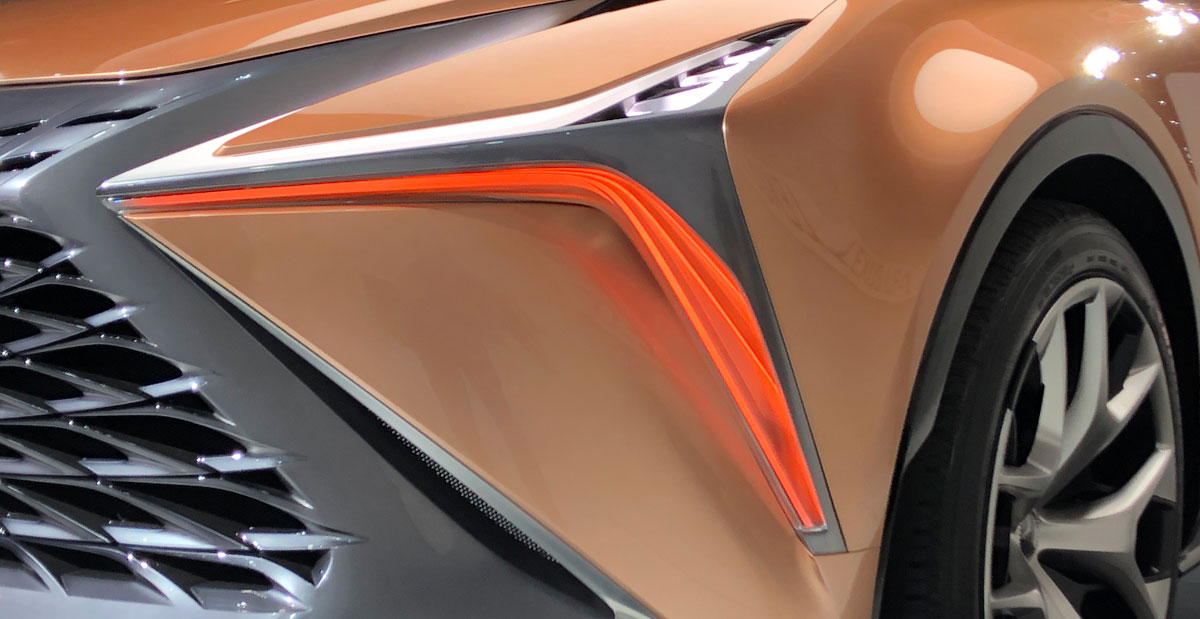 The profile is where the LF-1 Limitless shines, showing off a production-ready silhouette and hiding the concept affectations: 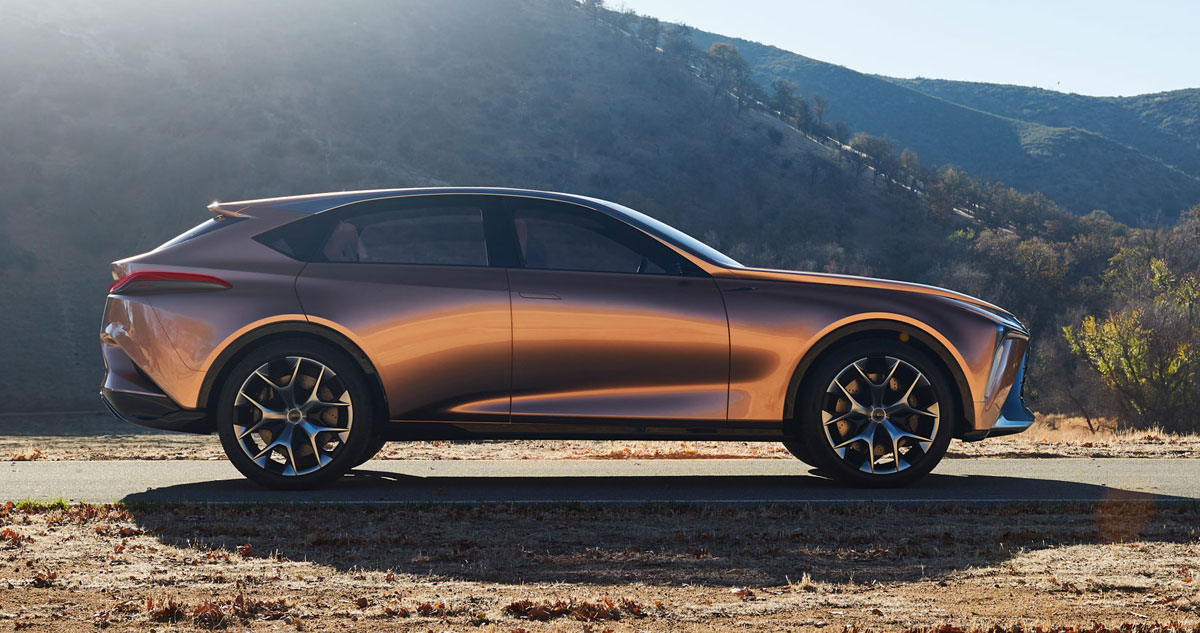 The headlights and taillights blend into the body, with almost no indication the LF-1 is a concept at all. It’s here that the Lexus game plan is in plain view — this is a vehicle with no direct parallels, existing in between the typical flagship sedan and flagship crossover/SUV.

Right around the back, and the LF-1 design starts to simplify. There is some production-level polish to the rear, in the way the LF-1 mimics the LC coupe by mirroring the front spindle grille: 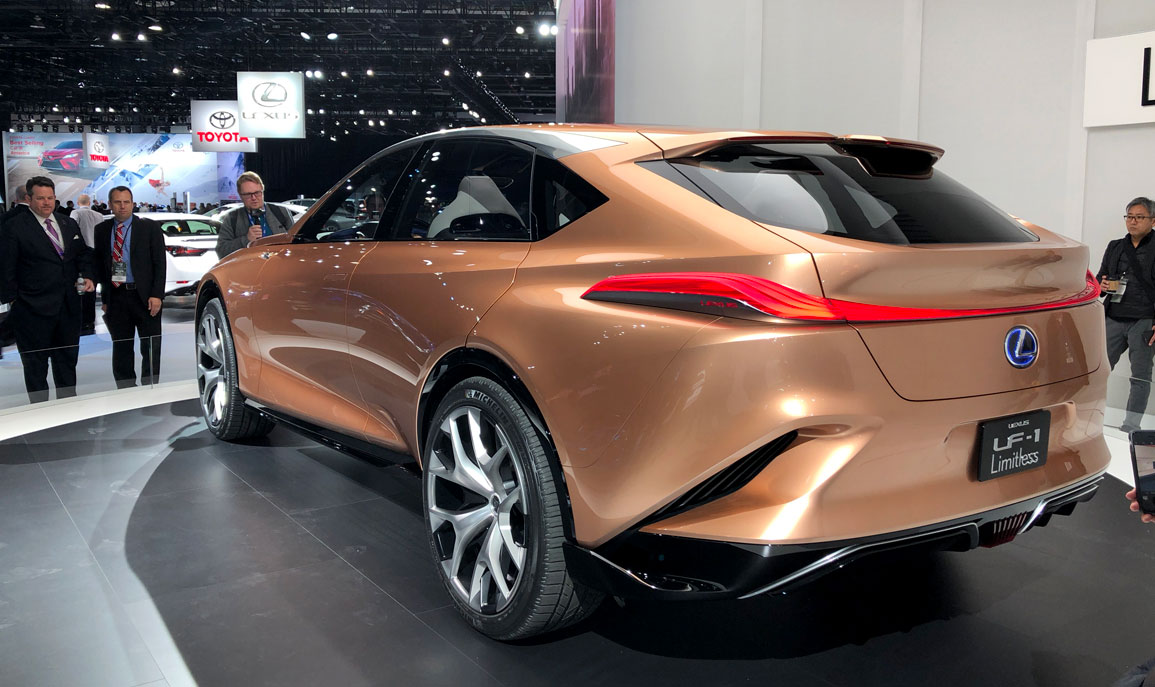 The cabin is spacious, with only four RC F seats and plenty of openness. The Calty designers use this extra room to dial up the interior, incorporating elements of both the LS & LC flagships: 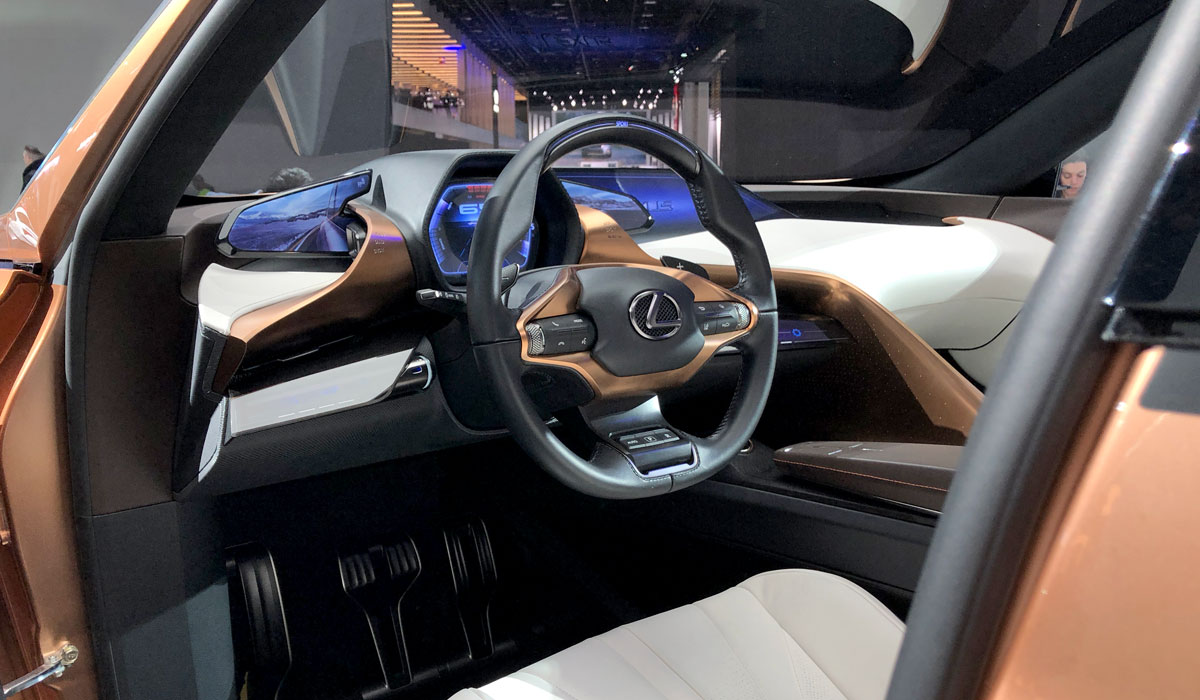 There’s so much media emphasis on the Lexus Remote Touch system — the infotainment controller has been criticized repeatedly as inaccurate and distracting. With this in mind, I was enthused to see a new implementation in the LF-1 Limitless: 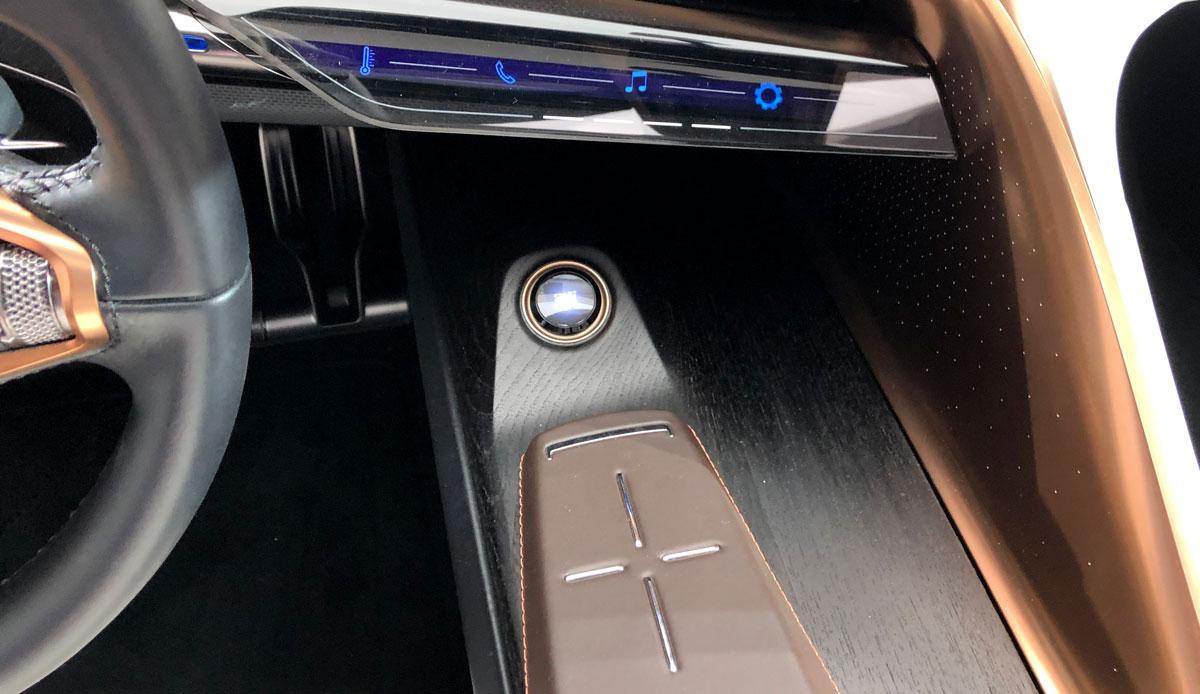 The change is subtle but promising — instead of mimicking computer interfaces like the mouse or touchpad, this Remote Touch controller uses four buttons for navigation. While this may be a simplification meant only for the concept, it’s an idea worthy of some consideration.

Lexus executives were insistent that the LF-1 has yet to be approved for production, but it feels like a foregone conclusion. Motor Trend scored a behind-the-scenes preview of the LF-1 concept, where it was emphasized that the design was created with production in mind. Also included was a photo of this clay model, which appears to show a split between the concept and the final product: 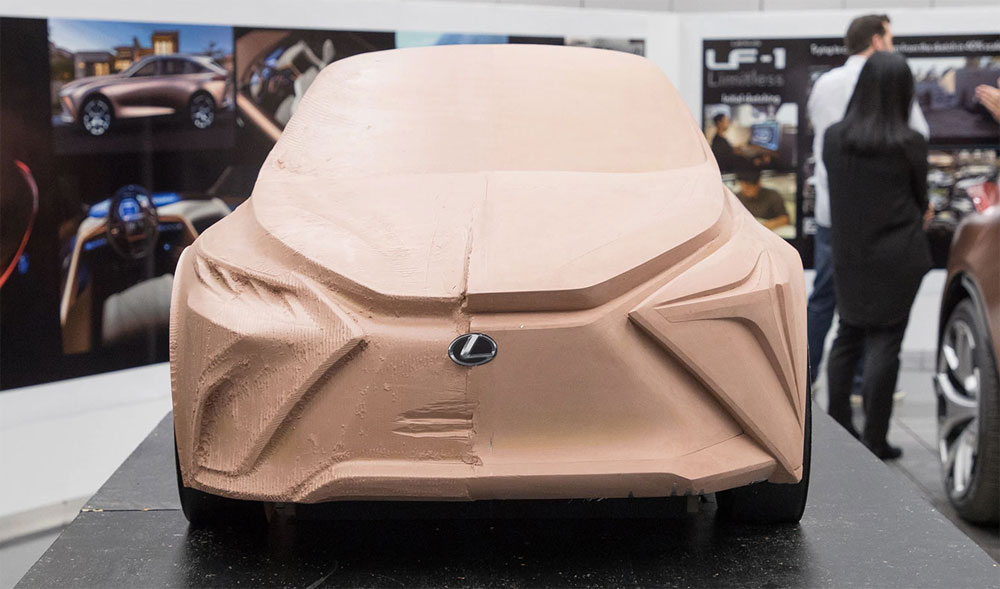 Will the LF-1 Limitless be considered the quintessential Lexus? Will it come to exemplify the brand? Much will depend on how the concept translates to a production model, but it’s difficult to imagine an idea better set up for success. The LF-1 transforms the idea of a flagship, one that will be able to stand alongside the LS, LC, and LX. That brings up the most important question of all: What is Lexus going to call this thing?