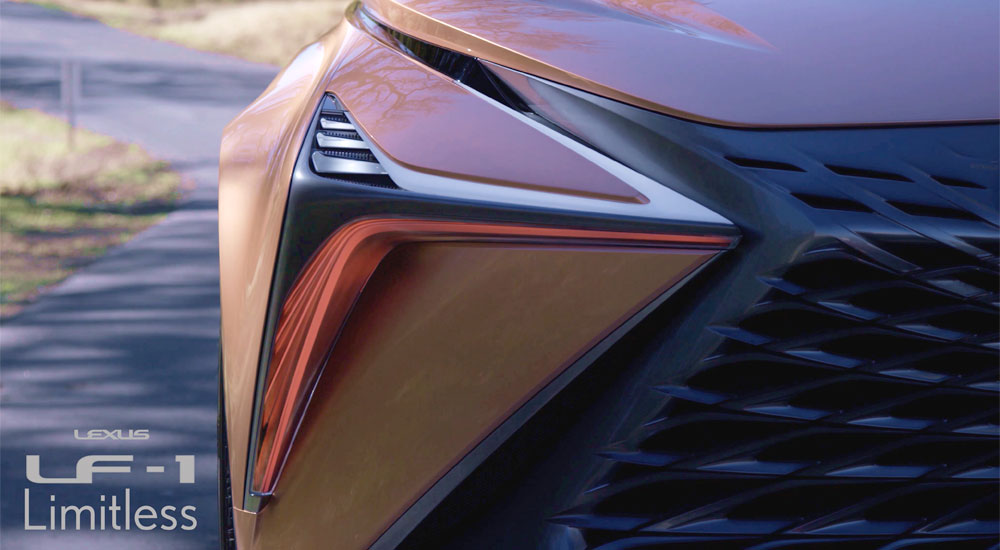 Lexus has dropped a third teaser for the upcoming LF-1 crossover concept just 24 hours before the reveal:

There are five different looks at the LF-1 concept, all closely cropped and careful — let’s start with this still of the front grille: 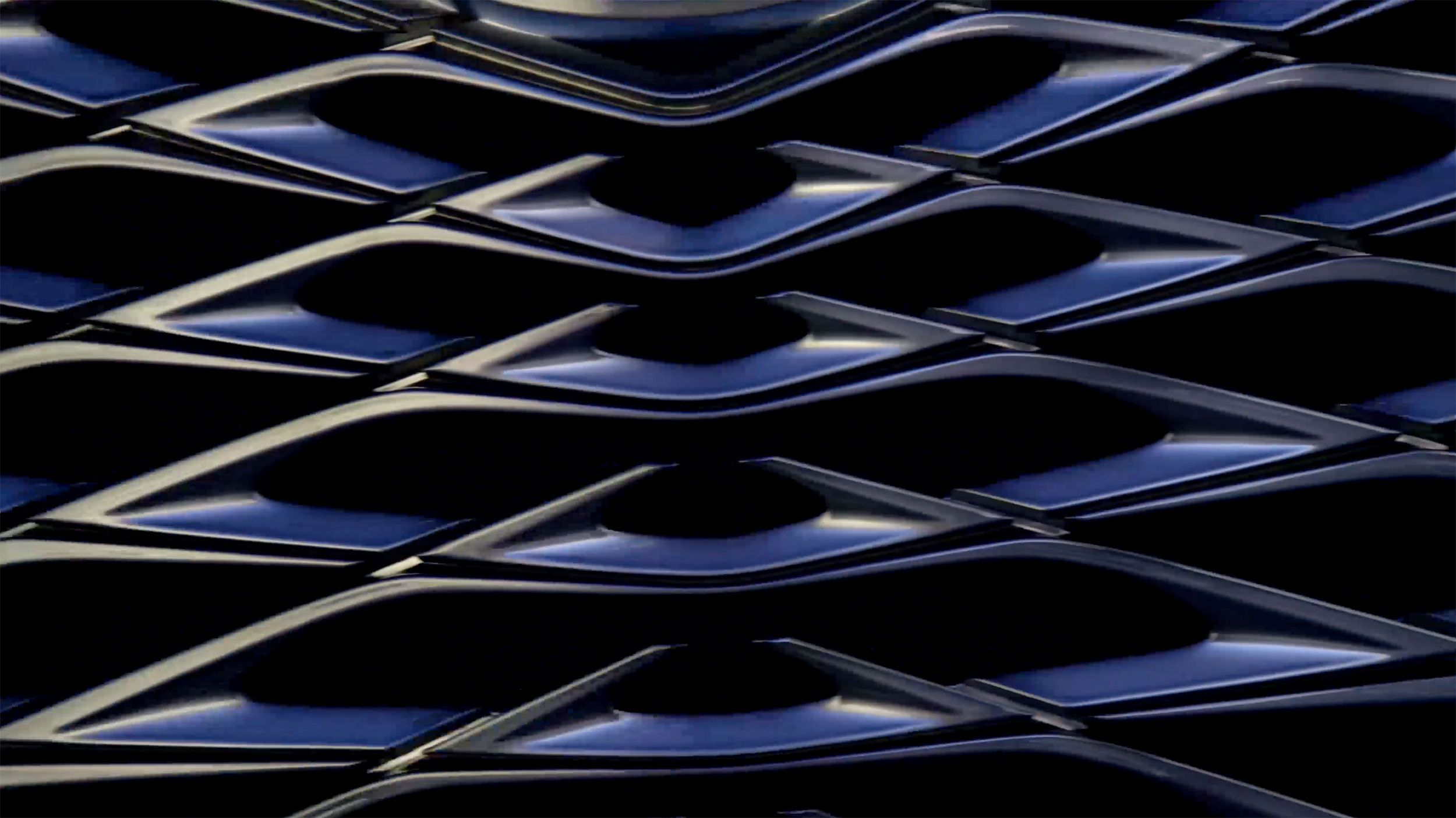 There’s a quick glimpse of the wheel, elaborate with a two-tone finish: 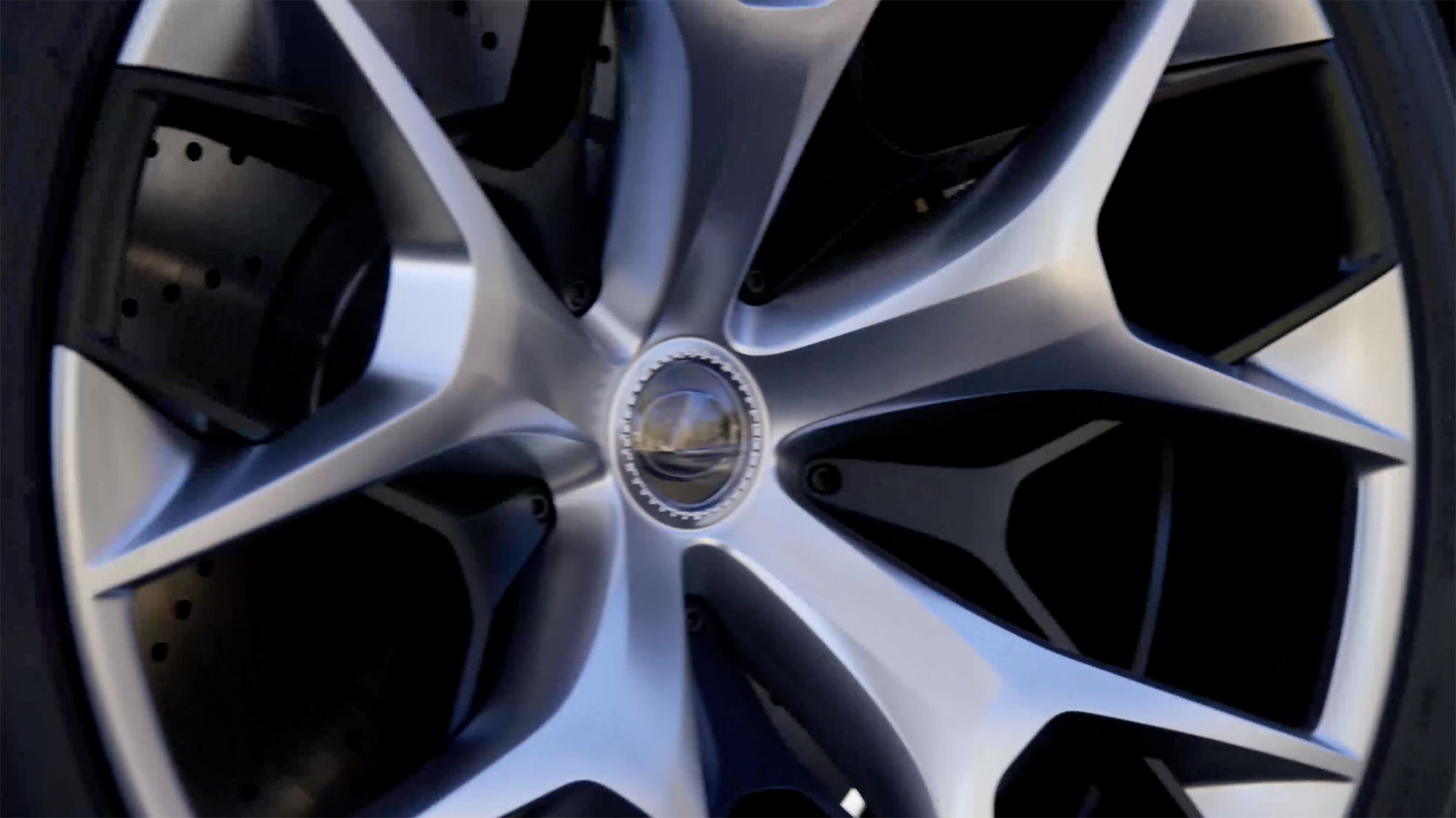 Things get more interesting in the third image, which shows a new rear seat infotainment interface: 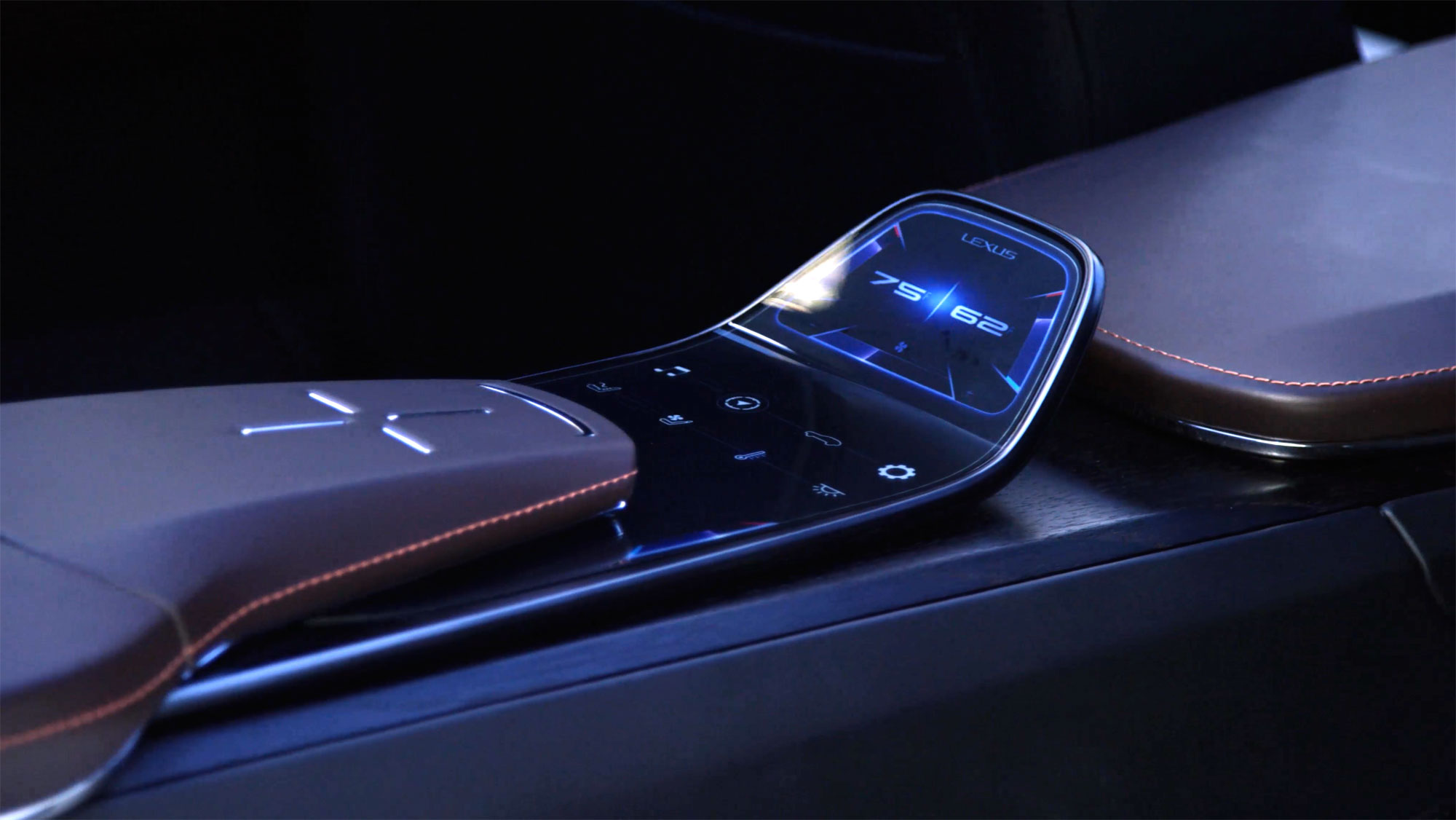 It’s never a good idea to read too much into a concept, but this is a new interpretation of the Lexus Remote Touch controller — instead of a trackpad or a mouse, the interface is four buttons arranged in a cross.

The next shot is the rear of the vehicle, mirroring the first LF-1 teaser image at the beginning of December: 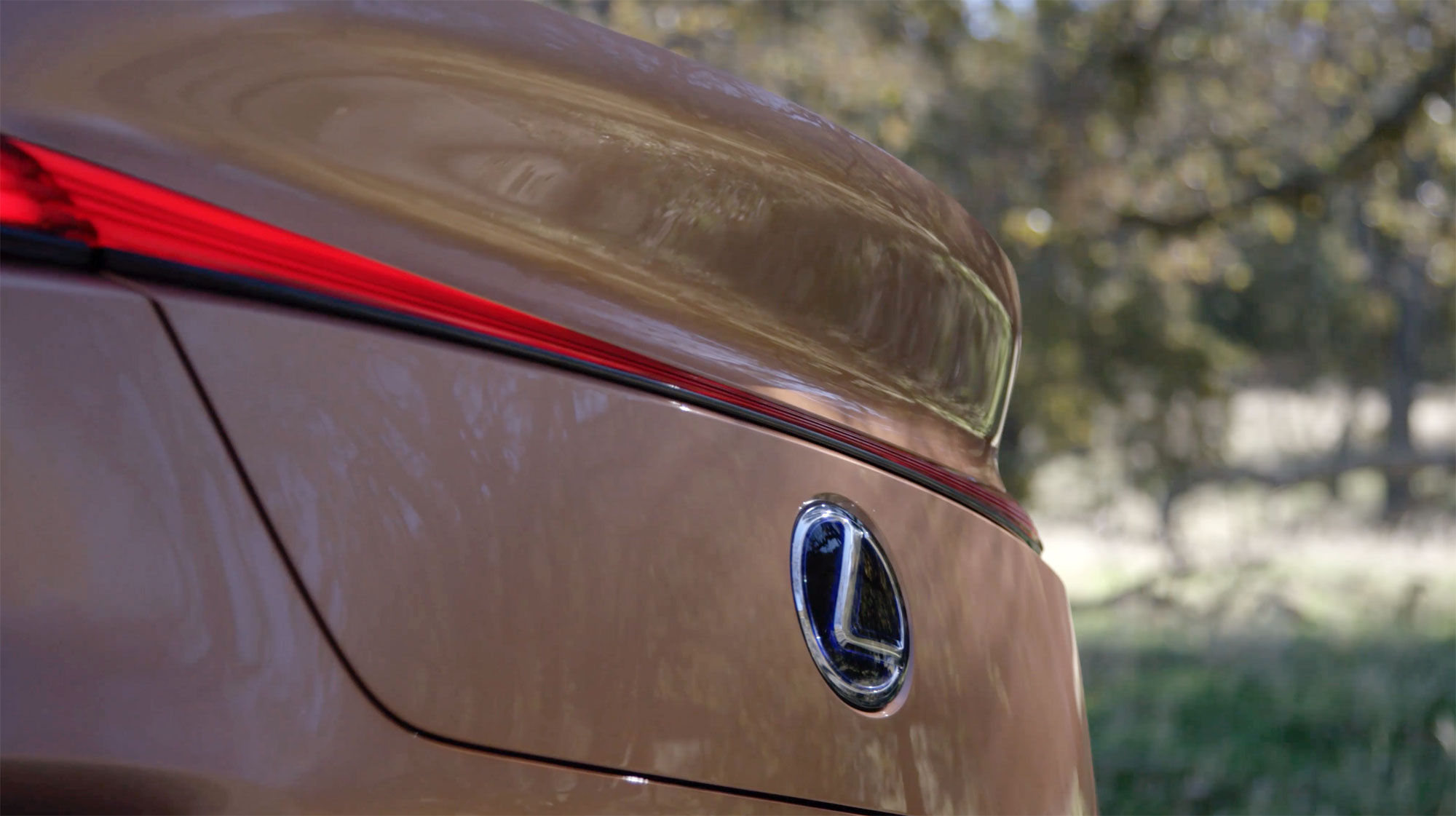 Finally, there’s another look at the front headlights, which we saw in animated form a couple weeks back: 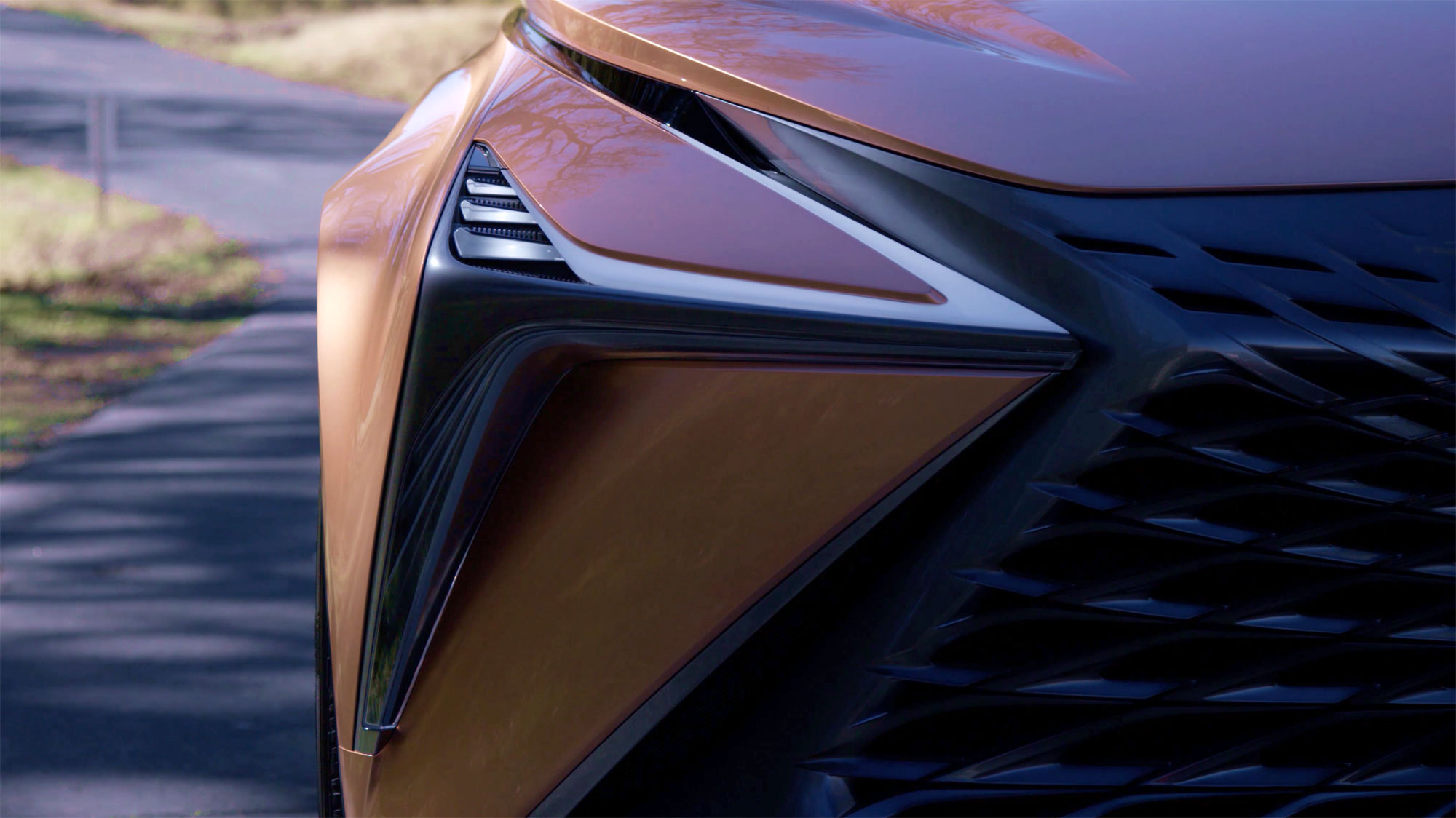 Lexus has pulled out all the stops with the lead-in to the LF-1 Limitless reveal tomorrow, and every indication points towards a concept that can stand side-by-side with the LF-LC and LF-FC concepts that preceded the LC coupe and new LS sedan. Tomorrow can’t come soon enough.

It is regular badge, but of course they will have both versions available anyway.
That rear view seem very coupe-ish...
Excited for tomorrow morning.
I love that they are using the LFA typography/font for the LF-1. Truly signifies this will be a very special model for Lexus.
Lexus needs to catch up with or surpass Mercedes-Benz in cabin quality - it’s a pity the Japanese luxury brand is ill-afford to introduce more expensive trimmings onto its cars.
Lexus Enthusiast Live at the 2018 Detroit Auto Show 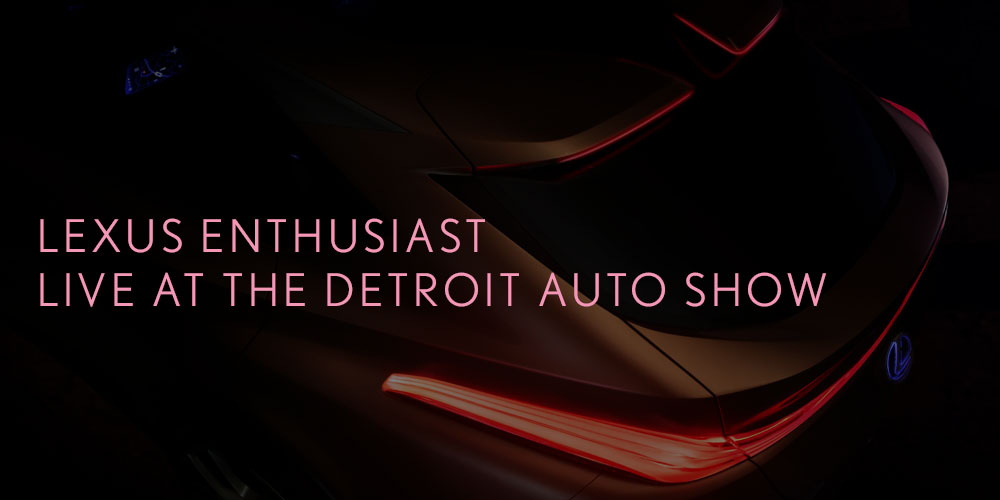 Live from the show floor.

Stated by 2025 all Lexus will be electric or offer some electric version.

Gecko
Motor Trend has some awesome design photos from CALTY that seem to better show what a production model could look like (IMO): http://www.motortrend.com/news/lexus-lf-1-concept-suv-exclusive-first-look/#

The LF-LC concept coupe from 2012 was planned as a design exercise, nothing more. After a rapturous reception in Detroit, Toyota’s board moved to turn the concept into reality. But it took four years from its Detroit unveiling to reach Job 1 production. After all, you can only move so fast when you are starting with a fantasy—especially one with dimensions nowhere near what would be required for the production version.

By contrast, nearly everything about the LF-1 was designed with production in mind.
It is like the big brother of the UX (a little bit more patience), but it is production ripe.
Do it Lexus, do it! And do not let 3 years pass.

OlFius
...it is production ripe. Do it Lexus, do it! And do not let 3 years pass.

Unfortunately, 3 years is probably the least that will pass before we see a production LL (Hey, that's another possibility for the production version's badge!) From the Motor Trend article cited above:

Although none of the Calty executives would give an explicit time frame, given past Toyota and Lexus product cadences, there is a strong chance the LF-1 could be a reality as soon as 2021—if Toyota’s board hits the “go” button. 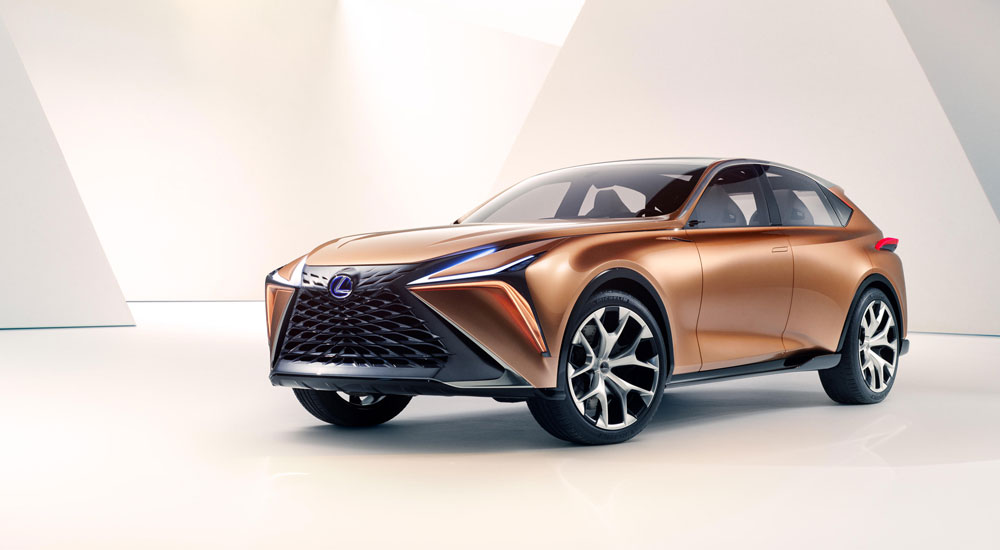 All the official details.

But as long as it's actually based on a premium platform (GA-L) it's a huge step in the right direction for Lexus.:thumbsup::thumbsup: