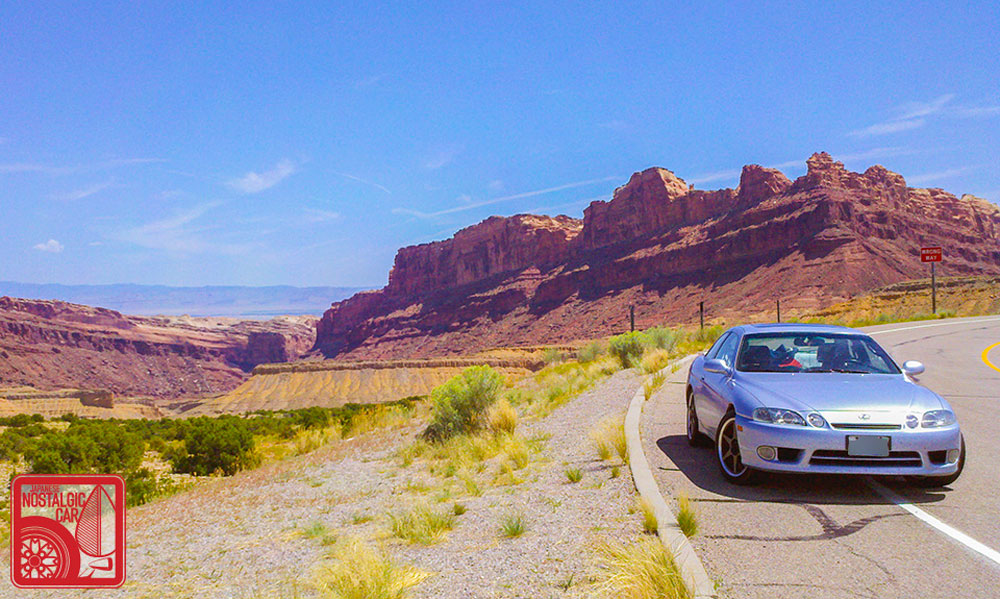 Ben Hsu at Japanese Nostalgic Car celebrates the 25-year anniversary of the first-generation Lexus SC by combining the coupe’s history with his personal experience as an owner:

My car is a 1997, the last year Lexus offered a manual transmission on the SC. By then, the number of 5-speed buyers had dwindled to nearly none. After that, it carried on for three more years auto-only.

As it happens, 1997 was also the first year of the facelift, which added a small grille, chrome-ringed taillights, and a tougher looking body kit. Many SC enthusiasts, myself included, believe this to be the better looking version. It also means, if this other ClubLexus post is correct, that my car is one of just 120 facelifted 5-speed Lexus SC 300s made.

I had no idea it was that rare when I bought it. Years later, I had moved to California to co-found JNC and left my SC with my parents back east. When it became clear I was going to stay on this path for the long haul, I bought a one-way ticket home to drive my SC to its new digs in Los Angeles.

Great article! I love the original SC. It's looked good every year since it was introduced. Unlike the author, though, I prefer the purity of the original front end without the mini-grille. The refresh makes it a little too busy for me.
I feel like I haven't appreciated the design enough. 25 years later and it still looks so good. Just added it to my list to consider for my first car.