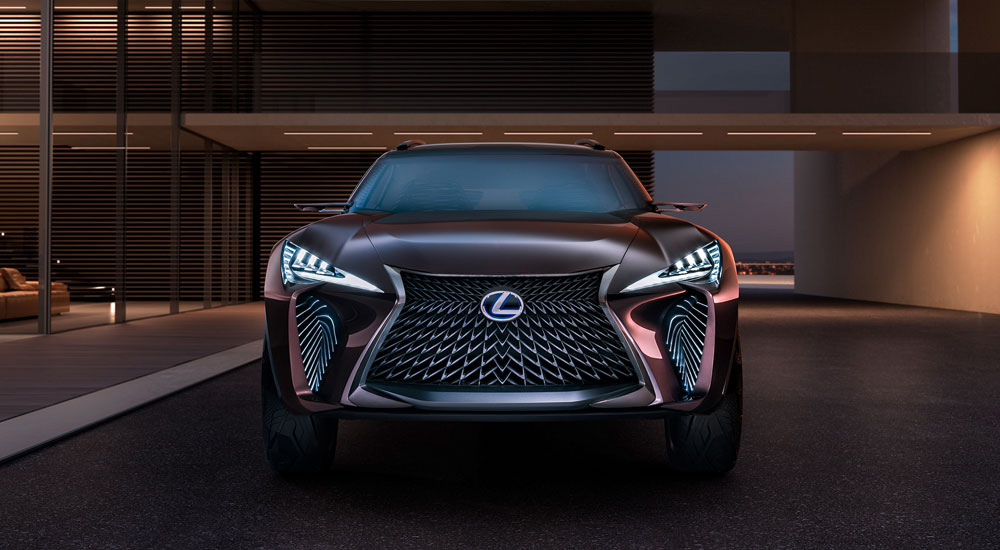 “In 2018, we’ll have 14 new products to talk about,” Bracken said. “Whether it’s a concept or a next-generation [model] or a vehicle that we’ve never revealed before, special editions, anniversary editions. There will be 14 vehicles that we have never spoken about or are hitting the market.”

And here we start with an enthusiast’s favorite game: Future Model Bingo, with 14 being the target number. The only problem, we don’t know what classifies as “new” which adds an extra level of challenge.

There’s some wiggle-room in my guesses to account for off-the-board releases like the LF-1 yesterday — I’ll have to come back to my list at the end of 2018 and see how I did. See something I missed? Have a list of your own? Post your own **Future Model Bingo* card in the forums.

Special thanks to Joaquin for posting this earlier this week.

As always, these statements are misleading, and not much to get excited about. For all we know, half or more of these new products could be, as mentioned, simply some new trims or editions of existing products and concept vehicles. Other new vehicles could simply be refreshes. Out of that entire list in terms of all-new products or full redesigns, as you mentioned Joaquin Ruhi I would only expect the 7ES, UX, and possibly LC F or LS F as the only significant products. Anything else significant would be a nice surprise, but I'm not counting on it.

CIF
As always, these statements are misleading, and not much to get excited about. For all we know, half or more of these new products could be, as mentioned, simply some new trims or editions of existing products and concept vehicles. Other new vehicles could simply be refreshes. Out of that entire list in terms of all-new products or full redesigns, as you mentioned Joaquin Ruhi I would only expect the 7ES, UX, and possibly LC F or LS F as the only significant products. Anything else significant would be a nice surprise, but I'm not counting on it.

We're in full agreement and on the same page on this. I know there's probably an element of hyperbole in Mr. Bracken's proclamation (and, by extension, even in the title I gave this thread). Depending on how you count them and what timetable Jeff Bracken had in mind, the possibilities I mentioned in my post above are at or beyond 14, even with just a single new Lexus concept for the 2018 calendar year.

Although Jeff Bracken didn't mention mid-life refreshes as possibilities in his statement, we may see those during 2018 for RC, RC F, RX, GX and LX.

Nonetheless, this proclamation is news and discussion-worthy.
While I know Lexus says they aren't concerned about being #1, all the brands are always shooting to beat each other, and currently Mercedes has had the goods so far to go ahead of BMW and Lexus. Besides the SUV trend, where even the "outdated" GX is doing well, I just don't think cars like the IS and GS have stayed at the pace of Ze Germans...I've read a lot about it from different POVs and outside TLE just because this forum tilts towards things "Lexus", but outside points are always good to consider and hear out:


Benz has honestly just nailed the strategy from the top down. Who knew AMG would become one of the most respected and lusted after names in the Auto world.

Benz further differentiates itself by having a top, down approach starting with the S Class and filling out the rest of the lineup. The masses have spoken and they'd rather have smaller S Classes than Larger A4/3series

Lastly branding, "The Best Or Nothing" hits home and has truly become the firms approach with many of their products. Some of their strategic partnerships are interesting too like inspiring the first class cabin design for Emirates

Lastly taking risk...from the inside out you'd be hard pressed to find one thing untouched between each generation and the public apparently appreciates those risk and are passing Rival's dealers on the way to see the latest Risk Benz has taken

Mercedes knows its customers and knows its brand. That's the bottom line.

Mercedes is a luxury car first, and a sporty-car brand second. Each model in their lineup represents both, effectively, especially now that the E400 sedan is being offered. Mercedes has created luxurious interiors with softer, more luxury-oriented base models, adding sportier AMG versions, with the appropriate interior accents.

On top of that, buyers want their current cars to be distinct from the old models and Mercedes is evolving their designs to do just that (albeit amidst criticism of the one-design-for-all-sizes approach for their sedans).

Audi, on the other hand, seems to fit somewhere in the middle. Though their sales are strong (for them) and they seem to be build great products, their approach is probably too middle ground, uncommitted.

There's been plenty of discussion of how Lexus' styling direction in the past few years dramatically changed, some love it, some not so much. When IS and GS sales have dropped, I wonder if Lexus is going through its data to see if some buyers were really too put off that they went to Ze Germans instead. I know that Lexus loves to push reliability a lot and it shows in the JDP reports and what not, but the majority of its sales are lease, just like the competitors.

Most of these buyers aren't concerned about the car 5 years down the line when they only lease them 3-4 years on the average.
Well I think we just discovered one of the concept he was hinting at. The LF-1 to debut at Detroit.

bogglo
Well I think we just discovered one of the concept he was hinting at. The LF-1 to debut at Detroit.

Yup!
At least we won't be completely shafted on special editions :)
krew

View the original article post
Concept LF-1 limitless will have to do something with the LX. It has been on the market for almost 13 years with 3 refreshes overall. This fact supports the information that LF-1 will show new lvl of luxury and LX is a luxury vechichle as well.
Krew, you don't think LS F and LC F will be unveiled during 2018?
I'm positive there will be an LC F model revealed next year. I don't know if that counts as a new model in 2018 though.
Oh ! Come on , you forget the most wanted , the new generation GS 450h with the new multi stage synergy drive on it !
I wonder does like a LS and LS F-Sport count for two models?

johnyb
Oh ! Come on , you forget the most wanted , the new generation GS 450h with the new multi stage synergy drive on it !

I think that's somewhat disingenuous though. It's basically flat-out claiming that only Mercedes can pull off a luxury/sport mix, and I'm not ready to count out either Lexus or BMW on that count. I've seen no complaints about the amount of luxury on the LC500, and the mantra for the car seems to be "a luxury GT, not a track car". Similarly, the LS500 is, at least in terms of luxury features, the most lux LS ever by a decent margin. It may not have the pillow-soft ride of the 3LS, but if you get an Executive package with the cut glass and massage in all 4 seats I don't think you can reasonably claim Lexus has forsaken luxury for sportiness. Now toss possible/likely F versions of both cars into the mix and you're starting to look a lot like what MB does.
We can say in short he want to say that Lexus will start to fix it's problems from 2018