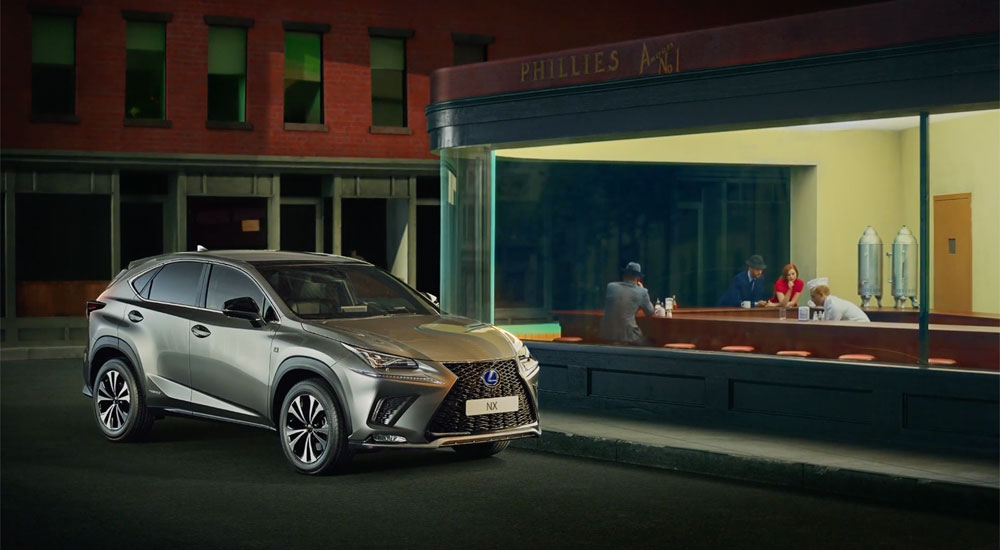 Lexus Europe has released a commercial for the 2018 NX that brings famous paintings and sculptures to life:

Adweek spoke with CHI & Partners, the ad agency responsible for the spot:

“The most important thing for us was that the artworks would be famous enough to be easily recognizable, but we also needed to be able to recreate them realistically in the urban landscape,” says agency account manager Oliver May. “That rules out a lot of modern abstract and expressionist art. And we also wanted to have a mix of the old and new.”

“At one time or other, I think we considered nearly every famous modern work of art from the last 200 years—but ultimately we chose the pieces we did because they are truly iconic and helped to tell our story.”

“The directors’ and art department’s brief was to create believable modern interpretations of the artworks while staying as close to the original paintings as possible,” says agency producer Andy Roberts. “We paid incredibly close attention to casting and wardrobe, built the entire ‘Nighthawks’ set from a CGI model so we could control perspective, used an intricate set of wires to hang the Van Gogh flowers in the correct positions, and shot Bathers with a mixture of plates—anything we could do to retain the detail and not interrupt the flow of the ad.”