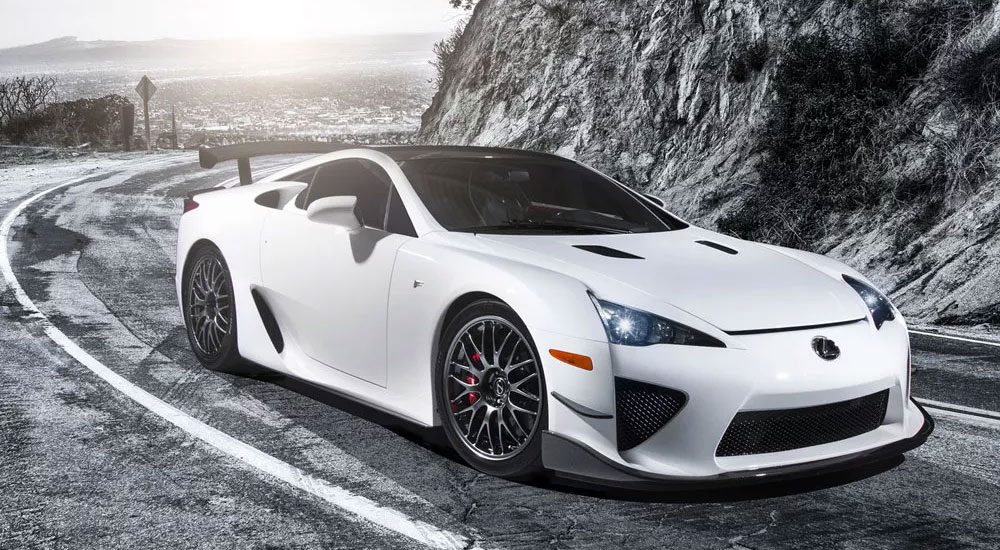 Lexus has no plans to build a second-generation LFA supercar, according to an Autocar interview with Lexus president Yoshihiro Sawa:

“I really want to do an LFA successor, and it is important to have dreams, but for now it is a very complicated situation,” said Sawa. “It’s a very difficult question to answer as I would like to do it, but we have other priorities for now.”

These priorities will include bringing two SUVs to production: the UX as a rival to the Audi Q3, BMW X1 and Mercedes-Benz GLA, and a seven-seat version of the RX to rival the Range Rover Sport for versatility and luxury.

In a way, a second-generation LFA would miss the point — the supercar was less a production model and more a statement of intent, showing the world where the Lexus was going next. There’s no escaping its influence, even models like the NX share design cues with the LFA.

Lexus now has the LC 500, and there’s a very clear trajectory to transform the car into a high-performance flagship coupe, all at a price significantly lower than the LFA’s $375k USD price tag.

Lexus doesn’t need another model that collects dust on showroom floors and temperature-controlled garages. It needs a car that will be seen on highways and racetracks around the world. The LFA will always be something special, but as Sawa-san explains, there are “other priorities for now”. And rightfully so.

(Also, I doubt Lexus is targeting the Range Rover Sport with the RX-L, no matter what Autocar thinks.)

Obviously. I think we'd all be questioning their focus if they started another LFA right now instead of getting us the UX, RX-L, new GX and LX, LS F, etc, etc.
I also think, if they did a second gen LFA, it might end up becoming like an NSX simply because they would forget what made the first generation great and iconic.
With an LC F in Lexus line up, A new LFA would have a slim chance.
Even if they started developing a replacement, it would be years before anyone even knew a lick about it. The P280 project started in February 2000, nearly 5 years before anyone even saw the first set of test mules in late 2004 and having any confirmation of a Lexus above the SC 430 and LS 430/successive 4LS.

I would say it was prophesied in the early 2000s, as the next generation Supra. Only in 2004, did public knowledge start leaning towards Lexus brand. So maybe it wasn't so unknown.

Just remember that they can easily deny the existence of such a vehicle in development, until years down the road. However, common sense tells us that an LC-F needs to reach either a sign-off stage in development or adequate media/public reception, before proceeding with another super car.
I think the LCF for now, can do more than enough as a halo car. It could crack the mid 11 second league like the LFA, do good on the track and possibly Lexus could do good things with the noise despite it being forced inducted.
Agree with others who say that the LC F will be plenty "halo car" for right now.

Also, Lexus has other things they really need to nail down:

...at this point, I think nailing all of those as home runs would do a lot more for the brand than another LFA, especially when we will have LC F.
Yes, focus needs to continue elsewhere ... As much as I want to see an all-new cutting-edge GS, I hope Lexus hits a home run with the new model ES. Despite the decline in sedan sales, an ES that significantly raises the bar can reclaim some of the sedan sales lost to other brands by the current long-in-the-tooth model (these six year model cycles are too long).
I'm inclined to have Lexus bring back a 2LFA. Limit it to another 500 units for the hardtop and bring in a convertible as well limited to 500 units. Lexus could improve upon the V10 (1LR-GUE) or bring in a TTV8. It would bring a lot of excitement to Lexus again...