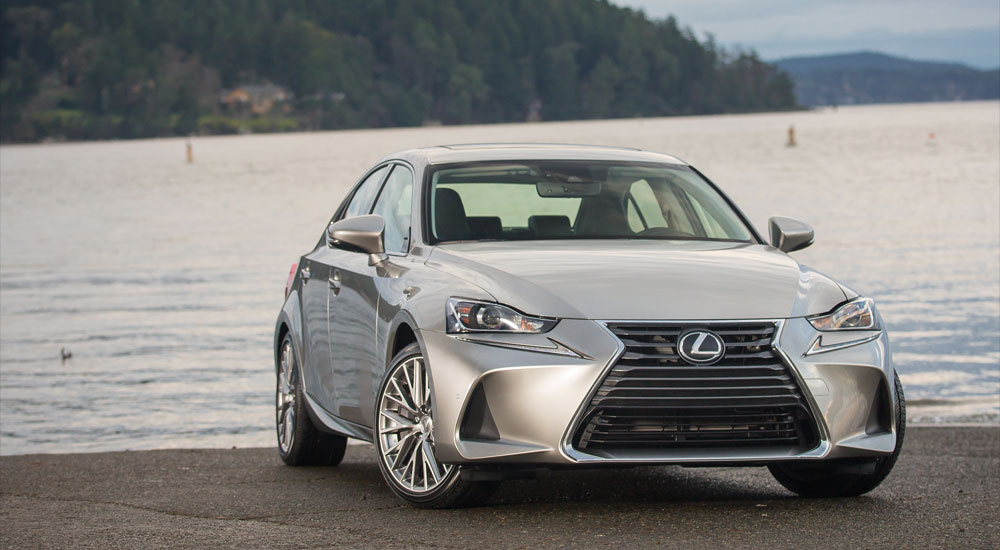 One of the best parts about being an automotive enthusiast is choosing a new vehicle. There’s nothing quite like digging deep into car configurators, researching used car prices, comparing this package against that package, lining up all the variables and making a decision.

Of course, there are always parameters, certain criteria that needs to be met. Price is always a factor, but when it came to replacing my 2014 CT 200h F SPORT, there was only one other box that need to be checked: my next vehicle had to be a Lexus.

With that freedom, however, came the paradox of choice. With so many available options, I made my way across the full spectrum — was it time to finally buy that 2004 LS 430 I’ve been thinking about for over a decade? Should I just purchase my CT outright? Maybe find a GX 470 in Ash Blue Mica? Could I find a clean third-gen GS 450h with those awesome 15-spoke wheels? What about the updated NX?

No word of a lie, this went on for over a year. It went right down to the wire, and unlike so many decisions in life, I made the perfect choice: A new 2017 Lexus IS 300 AWD in Atomic Silver. 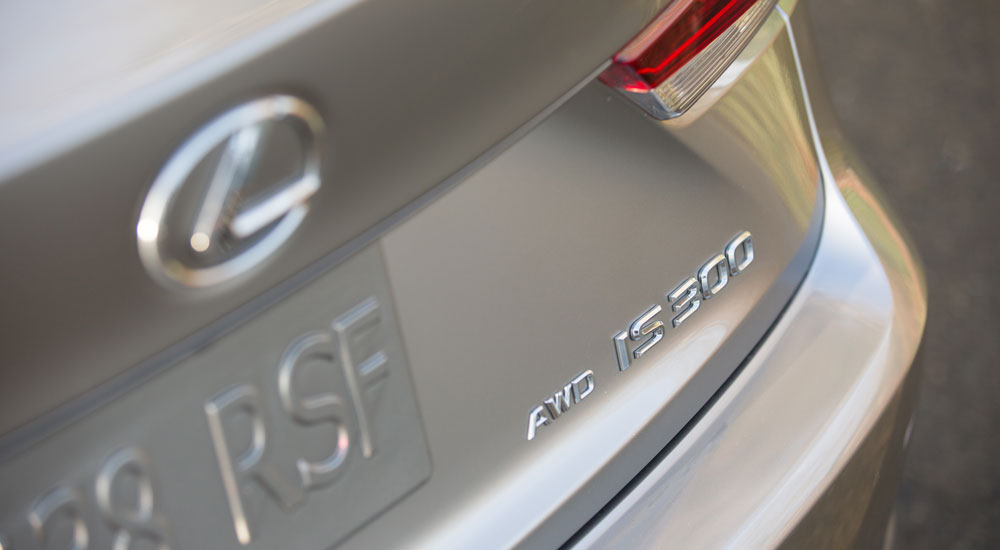 Last winter, I drove the revised 2017 IS as part of Lexus Canada event in British Columbia. It was my first time seeing the refreshed sedan in person and wasn’t expecting much. I was salty about the North American version not having the triple-L LED headlights, and didn’t quite know what to make of the updated exterior.

One afternoon was all it took to push the sports sedan to the top of my list. Even without the fancy lights, the exterior updates brought a cohesiveness to the design that was previously lacking, and I’ve always been a fan of the interior.

Something that really surprised me was how much Lexus Safety System+ being a standard feature affected my decision. This package is a huge amount of tech — Radar Cruise Control and Lane Keep Assist are two of my favorite driving aids, and having them on my daily driver would be a big bonus. 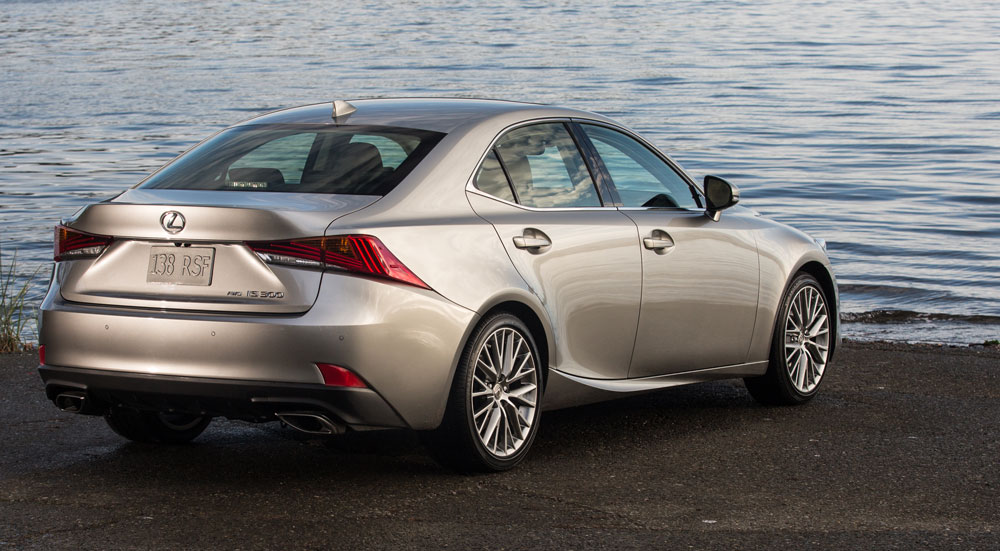 Like so many things, after choosing the basic framework, the devil was in the details. I was certain on one aspect — the IS would be the standard edition, with no F SPORT package. Three years with CT F SPORT and its firm suspension had me wishing for a softer, more compliant ride.

I did go momentarily between the IS 300 AWD & IS 350 AWD, but eventually decided the extra horsepower wasn’t worth the added expense. This was my one sacrifice to common sense.

Choosing the right color combination turned out to be significantly more effort than choosing the engine. Ultra White is my single favorite color in the Lexus lineup, but it’s an F SPORT exclusive. Even being charitable, Eminent White Pearl is a poor substitute. Ontario winters are too messy to go too dark, but I didn’t want anything bland either. This left only one real choice: Atomic Silver.

The cabin was a big bone of contention — I wanted to go Flaxen for that old-school luxury look, but was overruled by both my wife and the sales associate as being crazy. So it was black leather for the second time in a row. 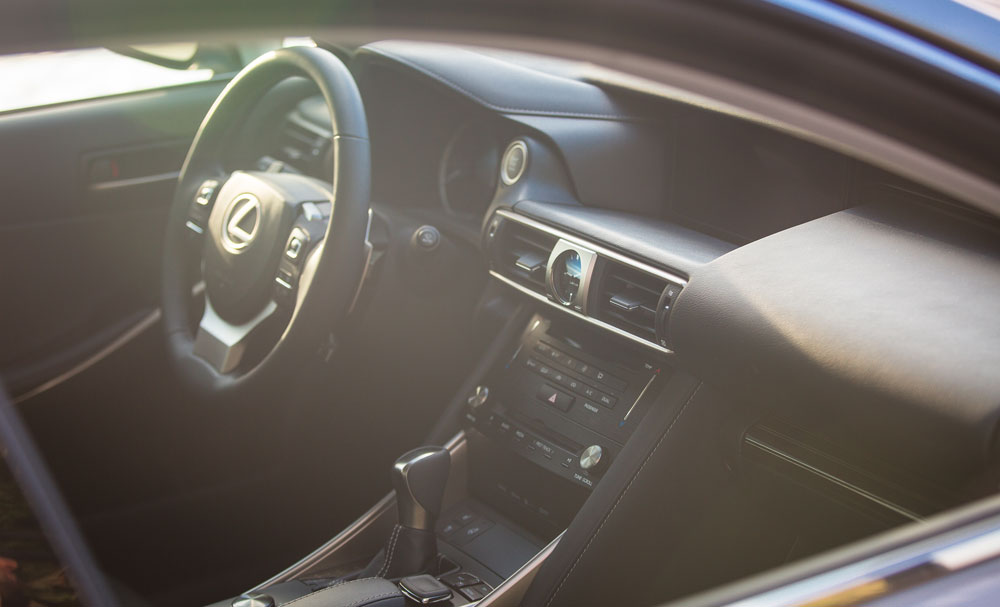 With every decision made, it was time to pick up the new car at the dealership. There was only one hitch — Open Road Lexus, my dealership of choice, is 4,500 kilometers away on the other side of the country.

A big congratulations! I love the color. Why doesn't North America get the triple LED headlights? Enjoy your IS and happy driving...
Really honest congratulations
Farewell to the car that gave all globe Lexus fans a great website
Long live the car that will continue this website to new level
Congratulations Kevin! I think you made a great choice ... because more than I ever thought I would ... I absolutely love my IS 300 AWD too! It is a perfect balance of luxury and sport.
Congrats on the new car! An excellent choice, and I just love that colour.
Congrats ! Atomic silver/black would be my choice too.
Congrats! Got my 2015 IS350 F Sport in the same colour combination and the novelty never wears off, instead it gets even better over time. Happy mileage :)
Congrats Kevin! Atomic Silver is one of the best colors available :cool:
Congrats, Kevin! Having just looked it up on the configurator, I'm on your side regarding the classic luxury look of the Flaxen interior, but you can't fight the wife *and* the dealership :D

Ian Schmidt
Congrats, Kevin! Having just looked it up on the configurator, I'm on your side regarding the classic luxury look of the Flaxen interior, but you can't fight the wife *and* the dealership :D

I second this. Congrats on the new ride!
Congrats !
Any Lexus is in Atomic silver/black looks always good ! It's the 'house color'.
I wonder how you will experience this IS compared to the CT, I'll follow your blog :no_mouth:

ThePenguin
Congrats Kevin! Atomic Silver is one of the best colors available :cool:

GSCT
“One of”? IMO atomic silver is THE BEST COLOR EVER!

I love Atomic Silver, but my personal GOAT is Ultrasonic Blue Mica 2.0.