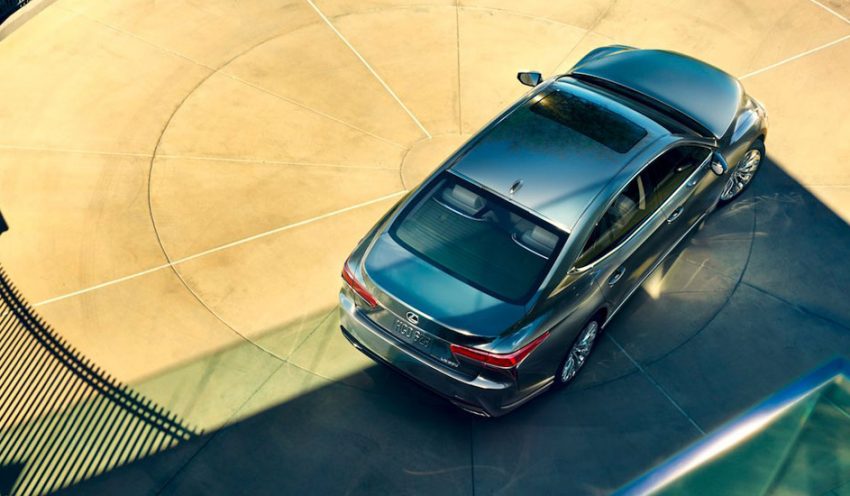 Lexus is serious about setting expectations with the new semi-autonomous driving features debuting in the fifth-generation LS flagship — from Automotive News:

Dubbed Driver Emergency Stop Assist, the technology aims to keep drivers engaged when the LS is cruising down the highway in lane-tracing mode. That new cruise control system allows the car to stay centered in its lane and automatically steer around curves at low and high speeds.

Another feature, called Lane Change Assist, lets the car change lanes by itself by automatically controlling steering, acceleration and braking.

But Lexus is not ready to let its drivers be too hands off. If that happens, the LS will first warn the driver through audio and visual alerts and slowly decelerate.

Still no response? Then the car assumes something is amiss and gets serious. First it will activate the hazard lamps and horn to alert surrounding vehicles. Then the system will automatically bring the car to a stop within its lane.

One reason for this safety technology is to ensure anyone suffering a medical emergency while driving receives prompt care. The other reason is far more likely — Lexus doesn’t want drivers to become inattentive behind the wheel:

“To avoid any misunderstanding, including by our customers, that this technology means ‘the driver doesn’t have to do anything,'” Lexus said in a statement, “and to prevent overconfidence in such, we have decided to intentionally not refer to this technology as automated driving.”