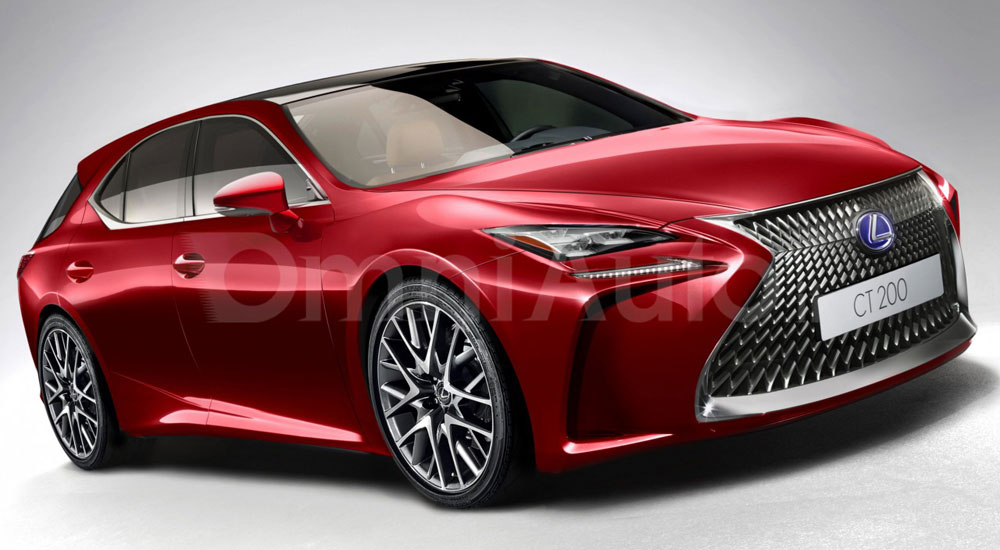 Taiwanese website U-Car is reporting that Lexus will release a next-generation CT hatchback as early as this year — here’s a paraphrased translation:

The market was once thought Lexus intended to replace the existing CT 200h with a new crossover. However, according to overseas media reports, Lexus did not actually stop the development of a new generation of the CT 200h, and the new car is expected in August 2017 will be listed.

As U-Car mentions, the prevailing rumor has been thatthe CT would be replaced by a sub-compact crossover — however, a story last year from Japanese magazine Best Car claimed that both the hatchback and a crossover would be offered at the same time.

Simply put, there’s no cutting through the noise when it comes to the next-generation CT — there are rumors in every direction. Let’s take a different tactic, what do you think Lexus should do to fill the entry-level position in the lineup?

Please note, the above rendering is from Omniauto and not an official photo.