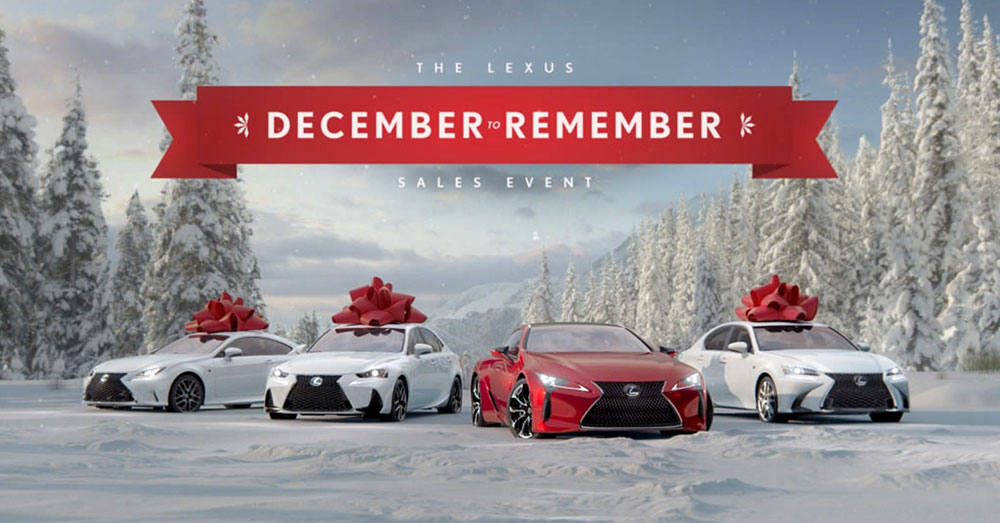 The annual Lexus USA December to Remember sales event has started, and that means a new round of holiday commercials — this year, parents are tricking their children and Santa:

Advertising Age has some details behind this year’s campaign:

With such a long-running campaign, “you are under pressure every year to keep it fresh and relevant and current with the times,” said Chris Graves, chief creative officer at Lexus agency Team One, which is the luxury, premium agency within Saatchi & Saatchi. For instance, amid an economic downturn in 2012, ads encouraged people to get out of their house and hang out with friends — by driving a Lexus vehicle, of course.

Lexus is offering complimentary first month’s payment on some models, according to its website. The brand is seeking momentum after total Lexus sales fell by 4.7% in the first 10 months of the year to 260,996 vehicles.

“Everybody was concerned what November/December was going to look like following the elections and things feel pretty stable,” Mr. Smith said, pointing to the stock market uptick in the two days following Donald Trump’s victory. “The luxury industry is a little more dependent on what goes on in Wall Street than much of the general market, so that’s a really good sign.”