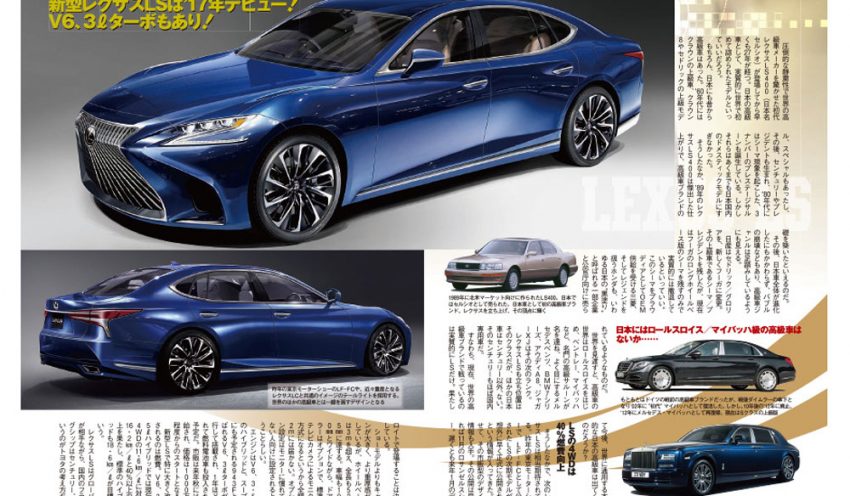 Japanese magazine Best Car has some new rumors on the next-generation Lexus LS, and thankfully we have a translation courtesy of our forum member White Beach.

Engines are the big news, as it supports last week’s rumor — according to Best Car, the fifth-generation LS will launch in Japan with a 3.0L turbo and the same 3.5L V6 hybrid engine from the LC 500h. A year later, a fuel cell model will be added. It’s also expected that the LS will be offered with the 5.0L V8 shared with the LC 500, GS F, and RC F.

There are some further details on the hybrid fuel economy, though the figures do seem ambitious — Best Car claims the LS AWD hybrid could achieve 37.9 MPG, and the LS RWD hybrid could get a stunning 42.7 MPG.

As for pricing, the next-generation LS starting price of 10 million yen, which would equal approximately $95,000 USD. The current LS retails for 8.5 million yen (approx. $81,000 USD), so there could be a significant price increase coming.

Finally, Best Car claims that the base LS will have no side mirrors in Japan, instead using a camera-based display system. Despite the science fiction feel, it’s all-together possible — Japanese regulators changed the rules this year to allow mirrorless cars, and it’s expected that the USA will follow suit in 2018.

Definitely a lot to process here, what do you think of these new rumors?