After a morning looking over the Lexus UX concept photo, let’s break it down a little and see what details we can tease out — there’s only one place to start, and that’s the rear taillights: 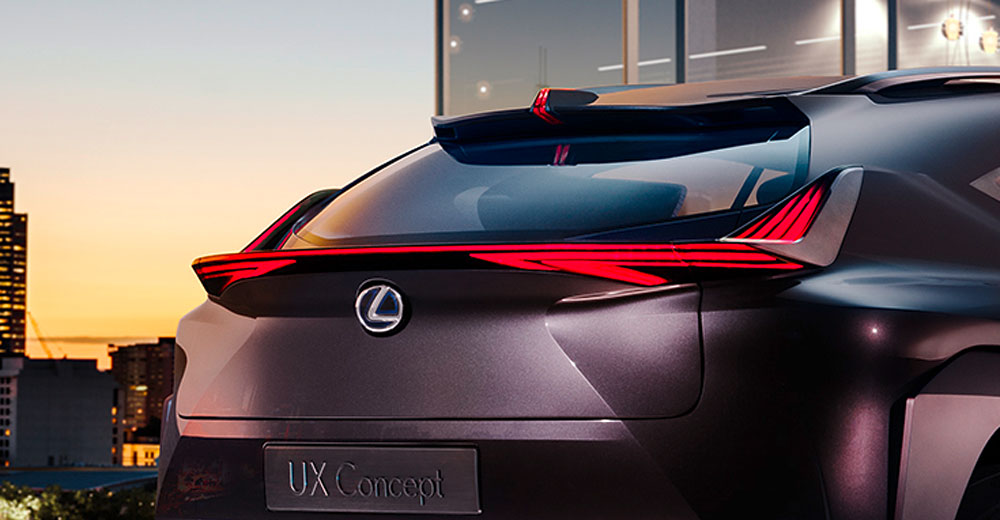 Like much of the UX concept, the taillights play off the LF-NX concept that preceded the NX compact crossover. In this case, the LF-NX lights have been flipped around and extended straight across the trunk lid.

Moving on to the side profile, which has five points of interest: 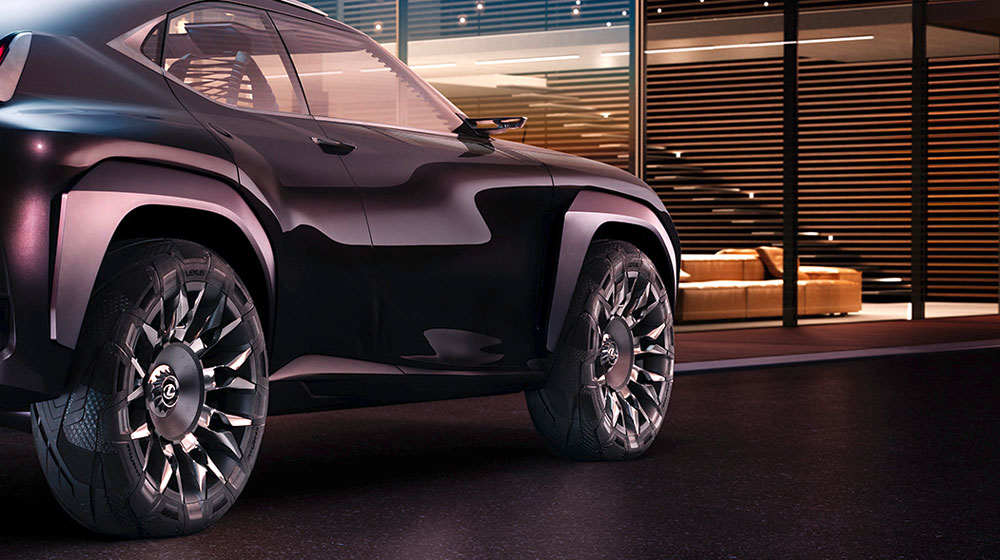 The first thing are the wheels, with their oversized rims that splash out to the tire — Lexus used a similar design technique with last year’s LF-SA concept. Like both the NX & RX, the UX concept wheel arches are clad in a plastic shell. It should also be noted that the front fender has a more squarish appearance than the other Lexus crossovers.

The final two points are almost certainly concept design exclusives — the front passenger seat looks to be a Herman Millar office chair, and cameras have replaced the side mirrors.

It’s difficult to judge the concept with a single angle, but there’s very little to the UX design that wouldn’t work on a production vehicle — the taillights would have to be smoothed out, the wheels would need to be a little more practical, but the body lines and overall shape look dealership-ready.