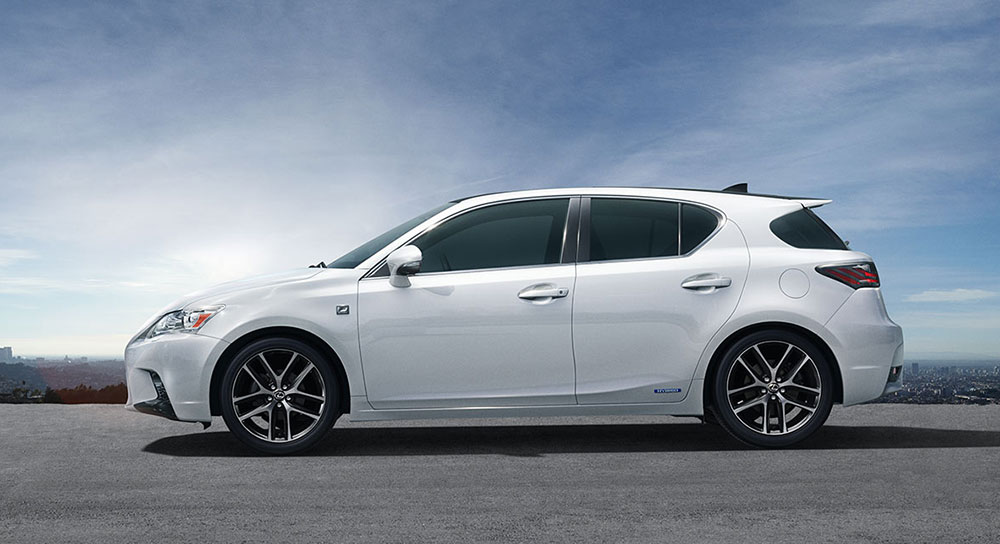 Dutch newspaper De Telegraaf is reporting that the next-generation CT will be released as a 2017 model.

The timeline apparently comes from a “senior officer of Toyota”, who also confirmed that the CT would continue to share technical components with the Toyota Prius.

(Not much news here, but it serves as additional confirmation of a 2017 release — earlier this year, a CT prototype was spotted in England.)

Pretty exciting, wonder if they might offer the CT in something other than a hybrid?
The wifey really loved the CT200h F-Sport when she saw one coming out of a restaurant. White with 19" wheels (volks), tinted and best of stanced, mild drop (lowered for you old people jk! =p). We went to Lexus dealership later to get deal done but they are all Front-Wheel Drive. She was really bummed. Disappointed.
I think the Next Generation CT should be offered in AWD.
Please lexus, We want it 200t with AWD ....
Looking forward to the next CT in a year or so from now as it may be my next car to appease fuel costs of my 45 km city driving commute.
As far as I am aware the next generation is not due until 2019 making it an eight year cycle.TMC moved engineering resources onto the upcoming CX model as that is considered a priority.
please make the rear doors bigger.
I hope so - we are looking to replace our CT some time in the next few years and it would be great to get another!
The key to making the next gen CT successful is:Add more engine variants (200t) Add AWDMake it RWD (which can be a long shot) Make the interior more upscale, including the exterior, it needs to show that it isn't a cheap Lexus F badged anyone? Max out the 2.0l turbo to make north of 300 hp would be a pretty exciting CT
I've been talking to my friends about this. And then the video came up on youtube. Would make sense for the next CT in F format. https://www.youtube.com/watch?v=J1L6nx4SN08It doesn't need to make the 420 hp that the video states for the Yaris-R. (although, it would be nice and worthy of the F badge)To stuff the next CT with the 200t, they'd have to make it RWD. Unless they were able to stuff the AWD system from the NX into the CT. I'd love to see a CT200h, CT200t AWD/RWD and the CT-F.