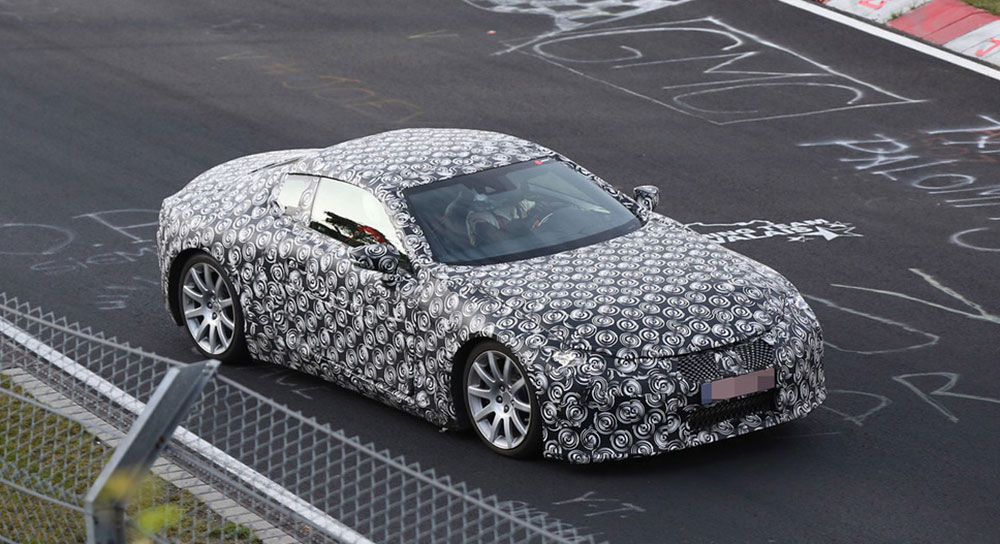 A prototype of the upcoming Lexus flagship coupe has been spotted on the Nurburgring during a high-speed performance test — here are some photos from Japanese website Response:

It’s hard to see much more than the overall shape and size with this level of camouflage, though I have to say that this angle reminds me of an LFA crossed with an RC: 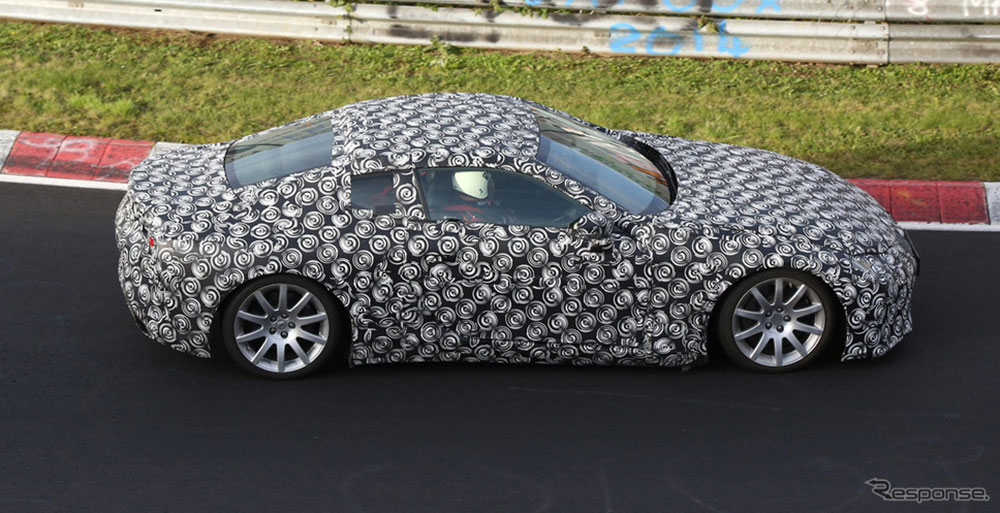 Response also has some new information on the upcoming coupe — let’s paraphrase based on the Japanese to English machine translation:

Powertrain will surpass the 478ps of RC F, the LC boasts the 490ps [481 horsepower] and is equipped with a hybrid that combines the five liter V8 engine and an electric motor. The Porsche “911 Turbo” is the benchmark, and Lexus hopes to match the acceleration and cornering performance of the masterpiece.

According to the spy photographer, the interior has an auto control touch screen systems and a twin 12.3 inch LCD infotainment system.

It's time for me to start saving!!!!
I've been searching the interwebs for running videos of this at the Nordschleife. Nein luck!
Yes Video please we want to hear that engine sound!!!
I t seems to have a slight side vent, meaning this may be the LC F, the higher performance variant of the LC coupe.
LC F for sure but is nobody excited for the fact that there is 2 12.3inch lCD screen? If we're talking screens I hope Lexus doesn't make the interior design like the S-class with the 2 giant screens. One that doesn't show originallity and 2 Lexus is all about being unique with their interior
I am super excited, just trying to contain it.
I want to sing love songs to that car! "You see this guy? This guy's in love with you!" <3
If it's an LC F wouldn't the power train not be a hybrid?
Sound please!!!