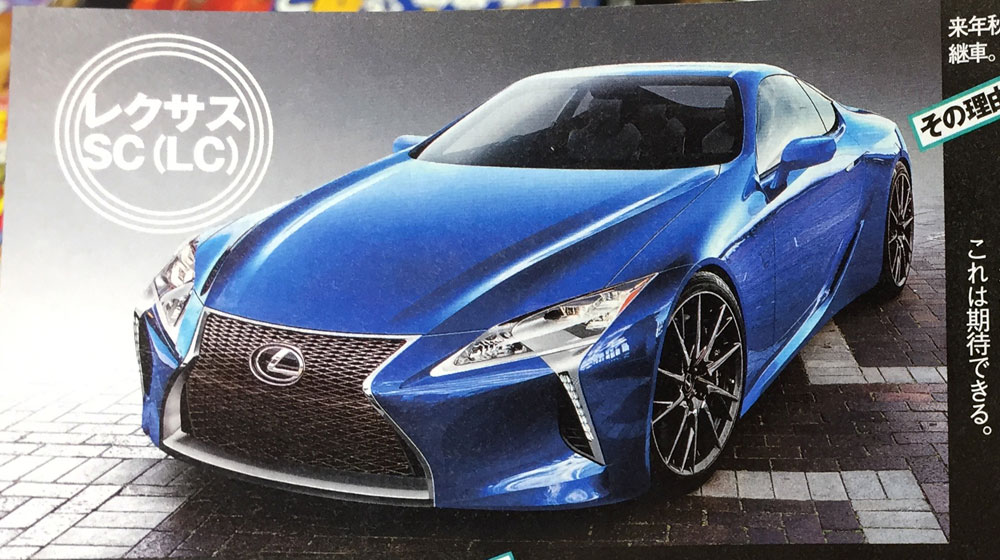 Japanese magazine Best Car has published a new rendering of the upcoming Lexus LC coupe — here’s the full feature in case anyone wants to provide an English translation:

This image was created prior to the reveal of the LF-FC flagship concept, and doesn’t seem to take recent LC spy shots into account, either. Even so, it goes to show the strength of the original LF-LC coupe concept — hard to believe it’s been nearly four years since its 2012 Detroit Auto Show debut.

What do you think of this most recent rendering?

It looks good, but that headlight is just weird looking. Everything else looks good. You can tell its not accurate because the spy shots show a different mesh pattern in the grille, though.
Hideous..., I love the way NX and GS-fl look like. But new shape tail light and head light? which are messy. I'm really waiting for the next CT, wish its will be contrast from Prius and these new rendered model, because I have plan for bring it to my garage.
My Christmas gift for 2018.
What I understand from "some" Japanese words is that the upcoming LC will be powered by two engine options-5.0L(2UR-FSE) found in RC-F and the 3.5L V6 turbo hybrid.10 speed auto from AISIN is also described in the article.
The profile and body shape looks sweeeeeeeeeeeet. All i can think about is the SC300/400 while looking at this. Those headlights and LED im not feeling
Well the wait until Detroit ruins my Christmas, I'll manage I guess...