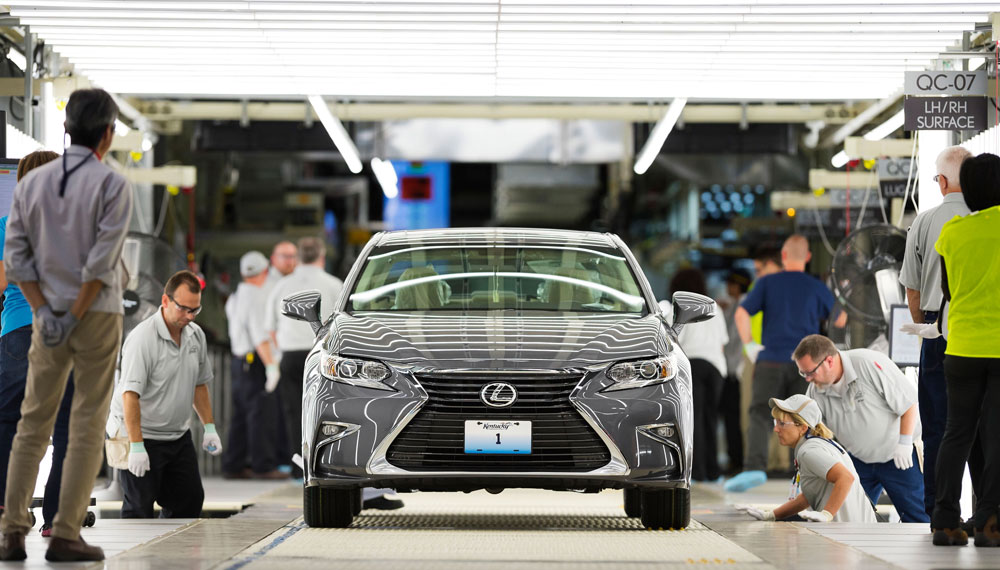 Lexus continues to hold off on plans to manufacture vehicles in China, and it may be decades before brand executives change their mind — from Bloomberg:

“There’s too much quality risk in China to produce there,” Takashi Yamamoto, executive vice president of Lexus International and an engineer who’s worked at Toyota for 33 years. The company also still has to improve the brand’s awareness and standing among consumers. “When that difficulty is gone, maybe local production is likely to be launched in China, maybe several decades later,” he said.

While Lexus set an annual global sales record of 583,000 vehicles last year, less than 15 percent of deliveries were in China. BMW sold more vehicles in China than Lexus did worldwide in 2014.

The import fees that Lexus must add to their pricing compared to locally-built BMW, Audi, and Mercedes vehicles puts the brand at a severe disadvantage — for example, the IS sedan starts at 369,000 yuan ($58,200), a premium of about 30 percent over the BMW 3-Series and 35 percent more than the Audi A4.

New-vehicle owners reported 105 problems per 100 vehicles in J.D. Power’s China initial quality study, released last week. The number of problems reported has fallen from 168 in 2010, and was lower than the 112 industry average for the U.S. market this year.

They make the right choice I guarantee that ! lol
I guess quality is one of Lexus' convenient excuses not to build its cars in China, but my guess is that Lexus simply does not want to share its hybrid know how with a 50% local joint venture partner as the Chinese government only allow foreign manufacturers to produce locally via partnerships with Chinese manufacturers who in return get insight into the complex manufacturing processes and technologies of western car makers - in a decade Chinese manufacturers will be as successfull as Hyundai/Kia are now-they'll learn quickly this way. Basically Lexus don't want to hand over their know how in manufacturing and hybrids to China!
If they manufacture cars in China they won't be made with precision.
I feel that there is a lot of personal reasoning involved in this decision, and some reasoning might have a materially monetary value. Is this a good decision? Not really. Is it bold? Yes. Is it wrong? Not really, either. Lexus should focus on the Kentucky for now, but as soon as the plant can be managed autonomously, all energy should be on China. In just recent history, Toyota's manufacturing in the US has had its ups and downs, and I trust Toyota to be able to find the sweet spot in China.
If it's for local consumption only, I don't care. If Lexus started to import Made In China automobiles for the US market, I would respond with my wallet. To qualify my last paragraph, I am an American born with Hispanic heritage, and I trust in both of my Japan built 2015's based on a decade of Lexus ownership. The jury is still out on US built vehicles for me.