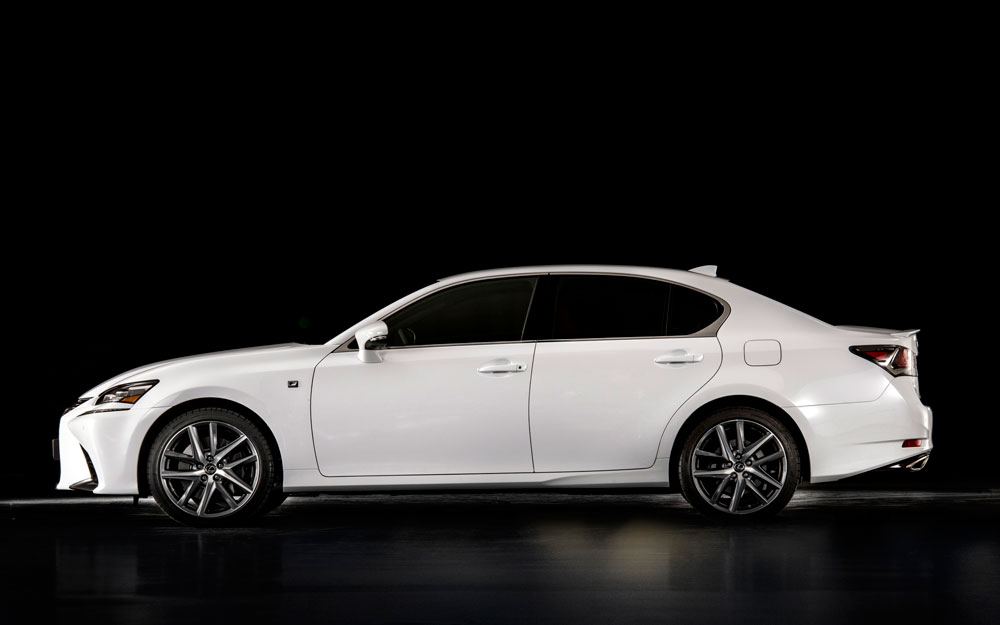 When the 2016 Lexus GS F SPORT appeared at the Frankfurt Motor Show last week, there was a clear sense of déjà vu. It wasn’t the spindle grille or the separated LED DRL, not even the similarities to the GS F unveiled in January — it was something a little earlier: the 2012 Lexus LF-Gh concept.

Originally shown at the New York Auto Show in 2011, the LF-Gh concept was the first true full-spindle from Lexus. Polarizing at the time, this design has found its way onto every Lexus model from the LX to the CT. The latest vehicle to wear the Lexus signature hourglass grille does more than pay homage to the original concept car, they are near identical.

Let’s start with the front ends: 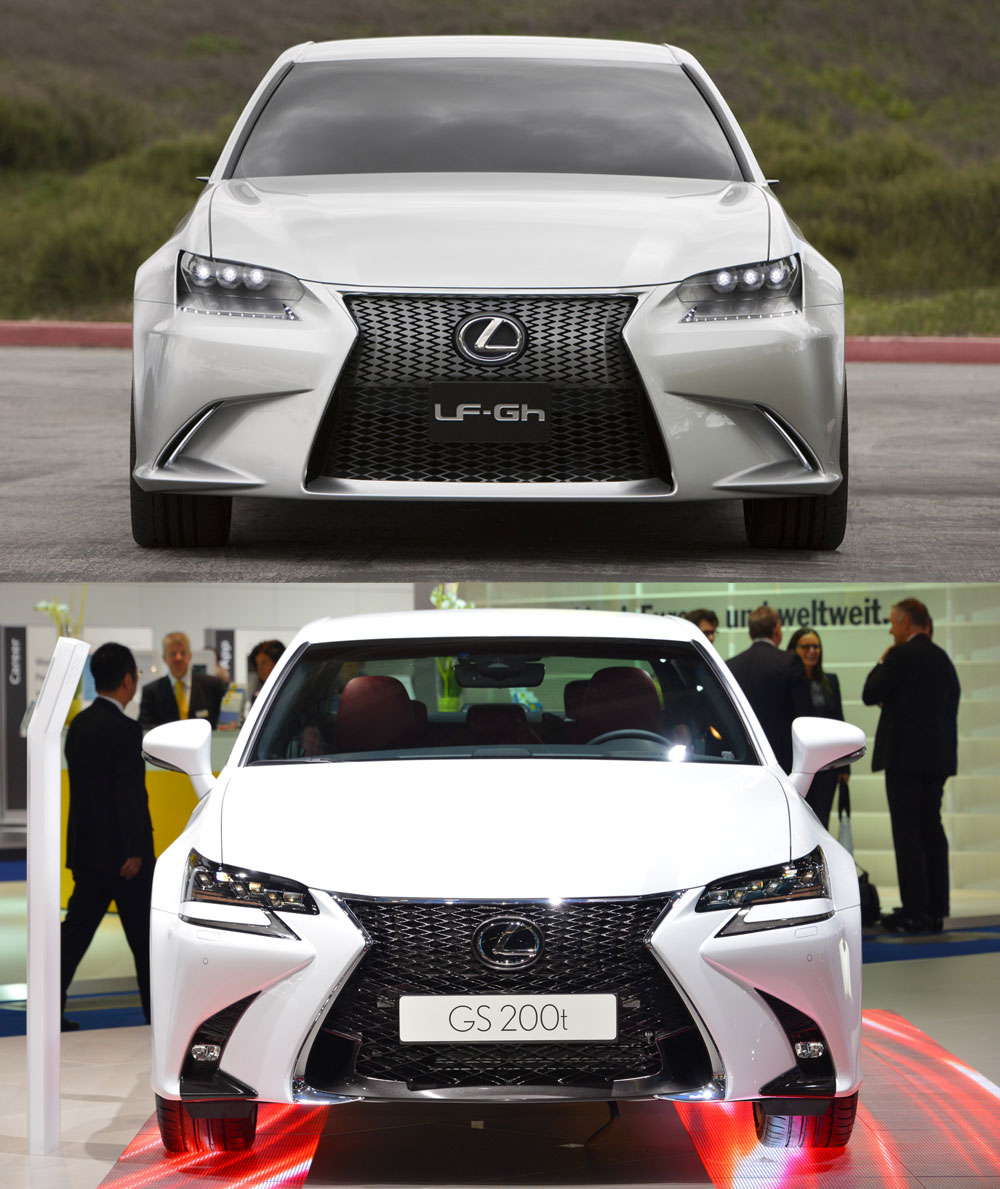 The 2013 GS production model shared many of the shapes seen with the LF-Gh concept, but the details were refined to more pedestrian levels. This was the first model to show the new Lexus design direction, and the boldness of the spindle grille was smoothed out to soften the transition.

Now well into the spindle grille era of Lexus, it’s no longer necessary to play it safe. The new 2016 GS F SPORT draws direct inspiration from the LF-Gh all over the place — the shape of the grille outline, the tri-LED headlights and separated LED DRLs, the overall shape of the front bumper all show a connection to the concept. It would appear that Lexus was planning a bolder GS all along.

Looking at rear end of the 2016 GS, the shapes inside the tail lights are a clear throwback to the LF-Gh and appear much closer to the concept than the 2013-2015 model: 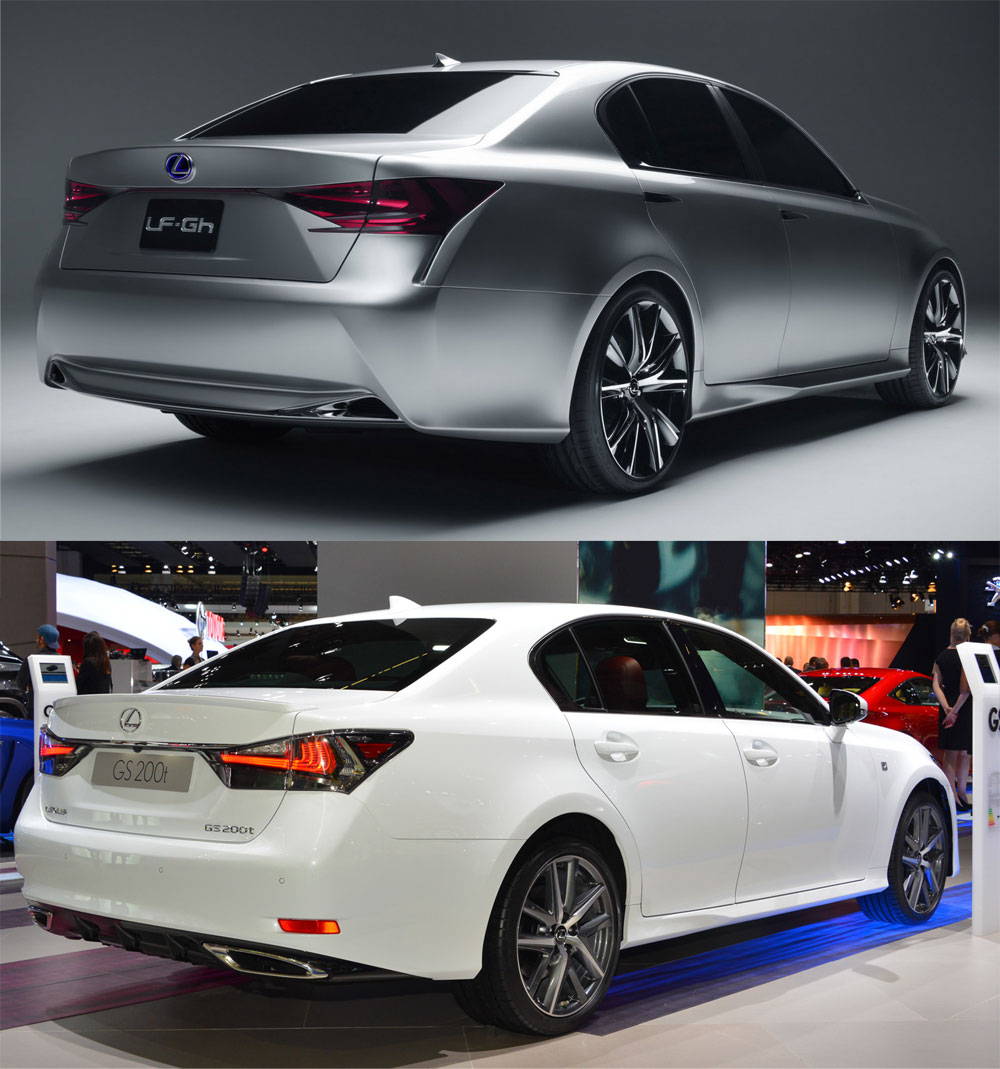 Much of the side detailing remains similar between the 2013-2015 and 2016 models, but with this mid-cycle update, Lexus has fully realized the GS they previewed with the LF-Gh concept.

Stunning similarities. This is how the 4th gen GS should've started, but I understand the evolutionary process it took to get here.
The facelift does indeed bring the production car closer to the concept. I loved the pre-facelift GS,but the new one is even better-looking. The GS as it was meant to be,if you catch my drift.
The car is beautifully sculpted! GS sales will definitely increase due to the 2.0 turbo model. I hope we have more wheel options for the F Sport model.
While the 4GS has been a success, I do wonder if going bolder - like this 2016 model in 2013 - would have been better? The spindle spread so quickly that I think the 4GS front end looked somewhat dated - compared to the rest of the lineup - very quickly.