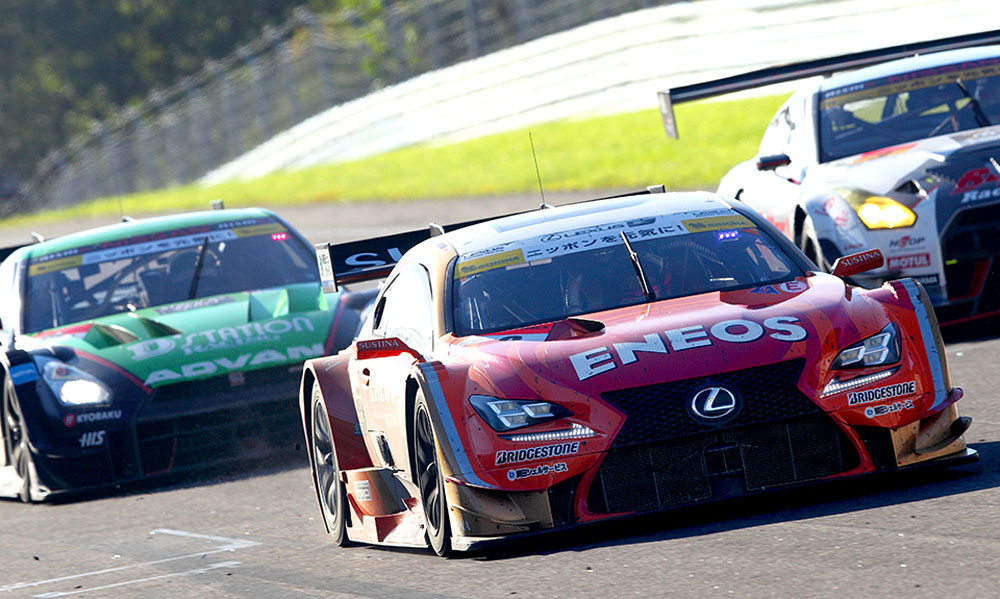 It was a rough race for the Lexus teams in Super GT Round 6 — the ENEOS SUSTINA RC F team of Kazuya Oshima & Yuji Kunimoto finished fourth in the GT 500 class, followed by the WedsSport ADVAN RC F team of Juichi Wakisaka & Yuhi Sekiguchi in fifth.

The race happened this weekend at Sportsland Sugo in Japan, here are the video highlights: