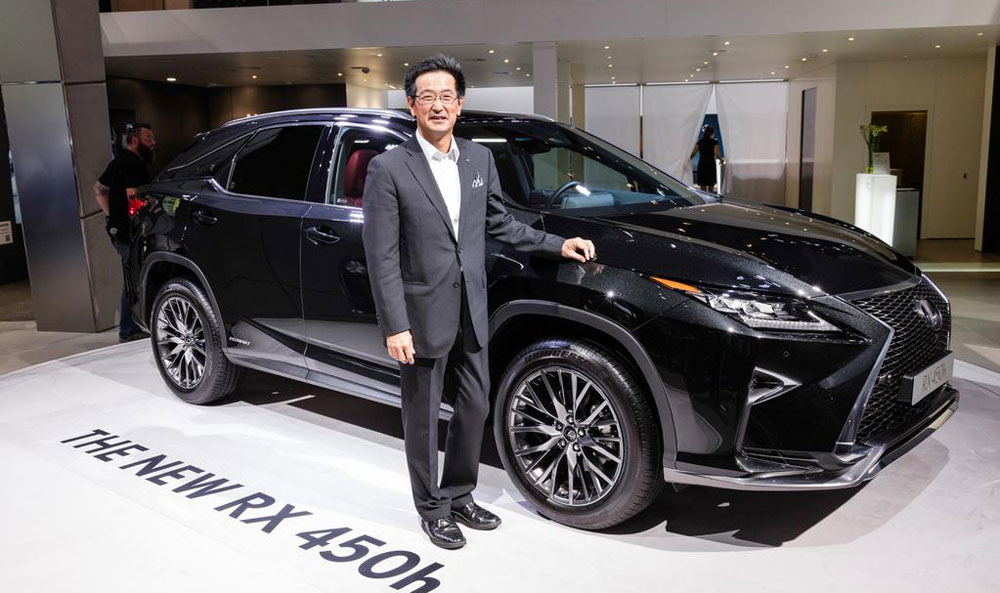 Lexus RX chief engineer Takayuki Katsuda has been in charge of the last two iterations of the mid-size crossover, and I had a chance to speak with him briefly during the media launch event in Portland a couple weeks back.

In general, I would say all of the grades we offer with the RX has been developed to please our loyal customers, and attract potential conquest customers with the various versions we offer.

However, the development of the vehicle started with the RX 350 model to establish a strong baseline. In that sense, it can be considered as the definitive version, as it is also the most popular version of the RX that we sell.

What is the key improvement over the outgoing model?

The key improvement of this new RX comes from the relocation of the engine mount. By revising the engine mount location to increase the torsional rigidity, we were able to achieve better handling and steering feel, while maintaining a comfortable ride.

You spoke of president Akio Toyoda having some disappointment about the design, what specifically did he want to improve?

Toyoda-san was not satisfied with the RX’s appearance, as the line and curvature did not look like it “came to life” — as it appeared in the original design sketch. The proposed design remained true to the original theme, but perhaps the sharp edges were lost when we considered the manufacturing and body stamping process and procedure.

Immediately after Toyoda-san’s feedback, we got all of the design, vehicle, and manufacturing engineers back in one room to come up with a solution to further enhance our manufacturing and body stamping technology. Through this challenge, we were able to bring this car to life as it appeared in the original design concept, with its sharp and bold touches.

What was the first change you wanted to make to the outgoing RX?

The first thing I worked on is the proportion of the vehicle. The wheelbase and overall length has increased with this new RX, and with the larger diameter wheels/tires, I had to ensure that it still maintained a sleek proportion to its appearance.

What was the biggest challenge in bringing the RX in line with the rest of the new lineup (the design/performance angle of NX/IS/RC)?

In general, I try to focus on my own project and tasks. As a brand, emphasizing a consistent brand identity through each model is ke,y but in case of RX, it is a huge volume seller for Lexus globally. It is extremely important for me to ensure that we can have a continued success with this new RX.

Special thanks to the Lexus PR team for providing a transcript of this conversation. Photo by Lexus Europe.

Nice one. It's fantastic that the Lexus Enthusiast team manages to get facetime with such key stakeholders from Toyota Lexus.
Stunning in black!