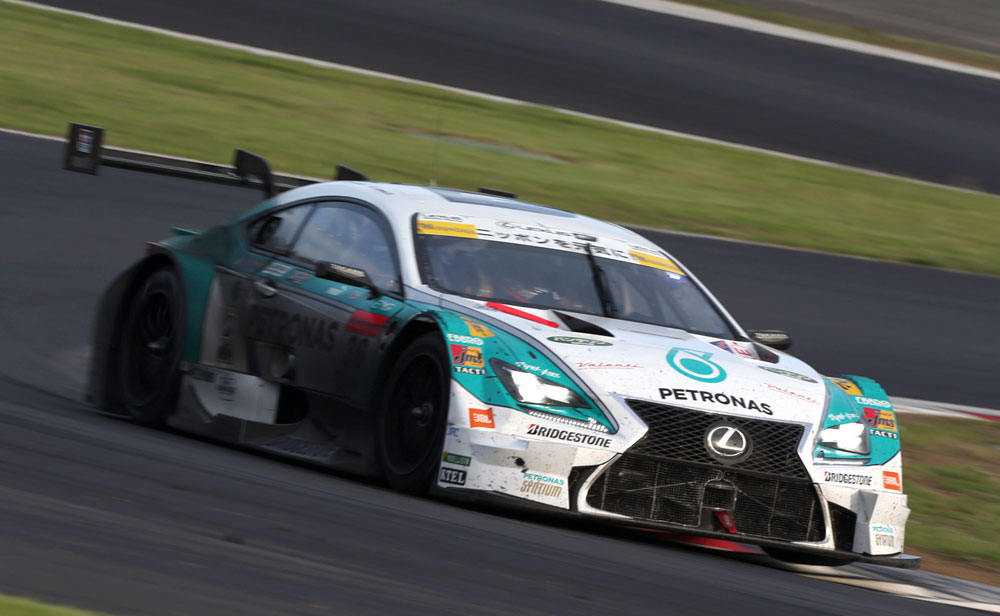 The PETRONAS TOM’S RC F racing team of Daisuke Ito & James Rossiter have won the fifth round of the 2015 Super GT season.

The race happened this weekend at the Suzuka Circuit in Japan, here are the video highlights:

With five rounds now complete, the PETRONAS TOM’S team has jumped to second in the season rankings with 86 points, just 10 points behind first place TEAM IMPUL. The ZENT CERUMO team is third in the season standings.

The SYNTIUM LMcorsa Lexus RC F GT3 team of Akira Iida & Hiroki Yoshimoto was joined by Dominik Farnbacher for the fifth round, and finished 19th in the GT 300 class.