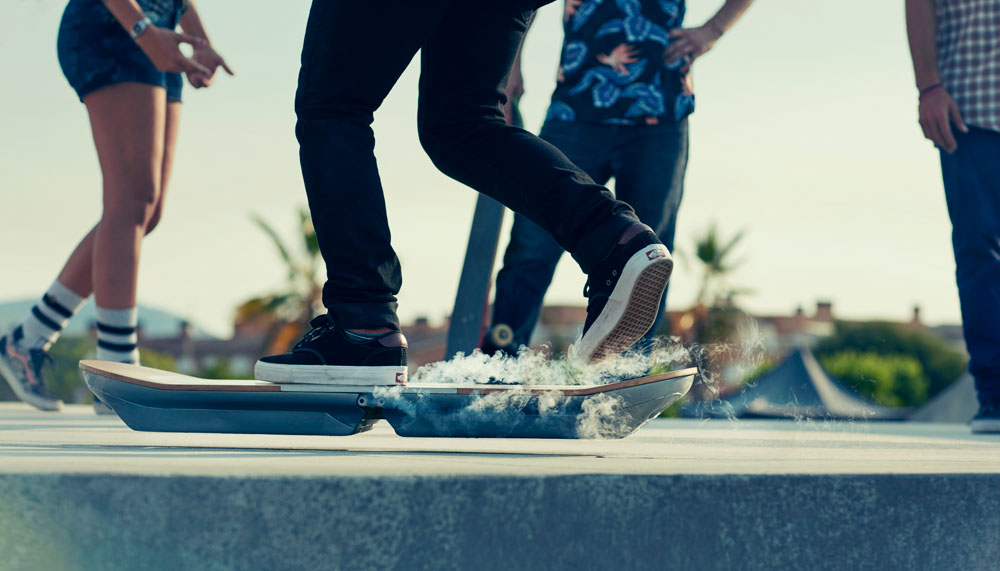 To call the Lexus Hoverboard video a massive marketing success would be an understatement — it’s spread through all corners of the web, even my friends and family are posting about it on Facebook.

As such, there was some major coverage released yesterday in sync with the video reveal. The first article comes from Jalopnik, one of the outlets to actually ride the hoverboard:

So what’s it like to ride? Unbelievably difficult yet at the same time unbelievably cool, both because you’re levitating and because the board is filled with magnets more than 300 degrees below zero.

As the day wore on I managed to pry [Skateboarder Ross McGouran] away to give me a few pointers. He basically said the best way to ride it is to cowboy up and just get a running start and use momentum to overcome any friction when the board touches down.

Next up is The Verge, who didn’t exactly buy into what Lexus was selling:

The smooth gliding I’d hoped for came only in short bursts, as finding balance proved to be a major challenge. I tried shifting my weight around and positioning my feet in different ways, but in the 10 or so minutes with the board, I managed to travel just a few feet (and never more) without the board scraping against the wooden park.

While it was fun, it certainly wasn’t the hoverboarding experience depicted in Back to the Future. And this future doesn’t even exist, really, considering that the board is just a promotional tool for Lexus’ cars. Even if you can get past the limitations (hope you’ve got a liquid nitrogen tank handy!), it doesn’t really matter, since Lexus won’t sell you one of these things. 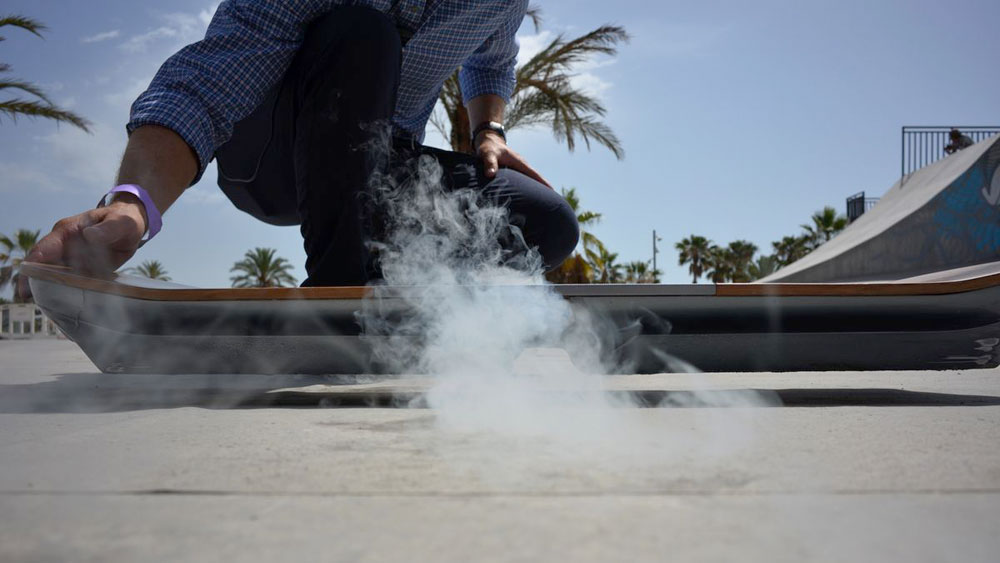 You must make microscopic movements and rely on strong core muscles to stay upright and steady – place your weight just slightly to one side of the imaginary central line and the board will wobble. Unfortunately I have the core strength of a suet pudding, and as I step onto the board it begins to tremble.

Even when Ross takes my hands (he’s a romantic soul) and I find my balance, I just stand there, not moving or doing anything especially useful. So I lean forwards slightly, hoping to coax the board into some kind of motion, but it stays put like a stubborn, planky horse. 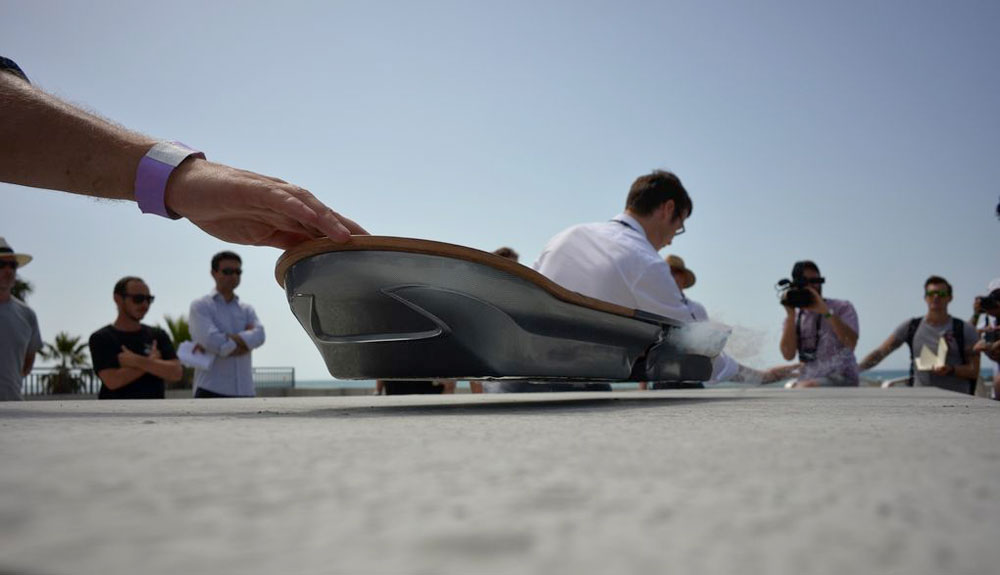 One of the best articles about the hoverboard comes from Craig Trudell at Bloomberg:

The project took about 18 months to complete. Lexus considered throwing in the towel on several occasions, according to Yolande Waldock, who leads the global brand team for Lexus International. But skateboarder McGouran ended up pushing the project forward with a new bag of tricks such as riding above water. In the new video, at which Bloomberg was given an early look, McGouran swoops around a cement bowl, flies off a ramp, and jumps a Lexus car. “You feel like you’re looking at a magic act,” [general manager for global branding David] Nordstrom says. “People are going to be calling Lexus and saying ‘please build one, how much is it going to cost, we want to have one.’”

If Nordstrom is right, Lexus may have disappointing news for fans: The company won’t even venture a guess as to how much the hoverboard would cost. “You couldn’t actually even put a figure on it,” Waldock says. “It’s impossible to put a figure on it.”