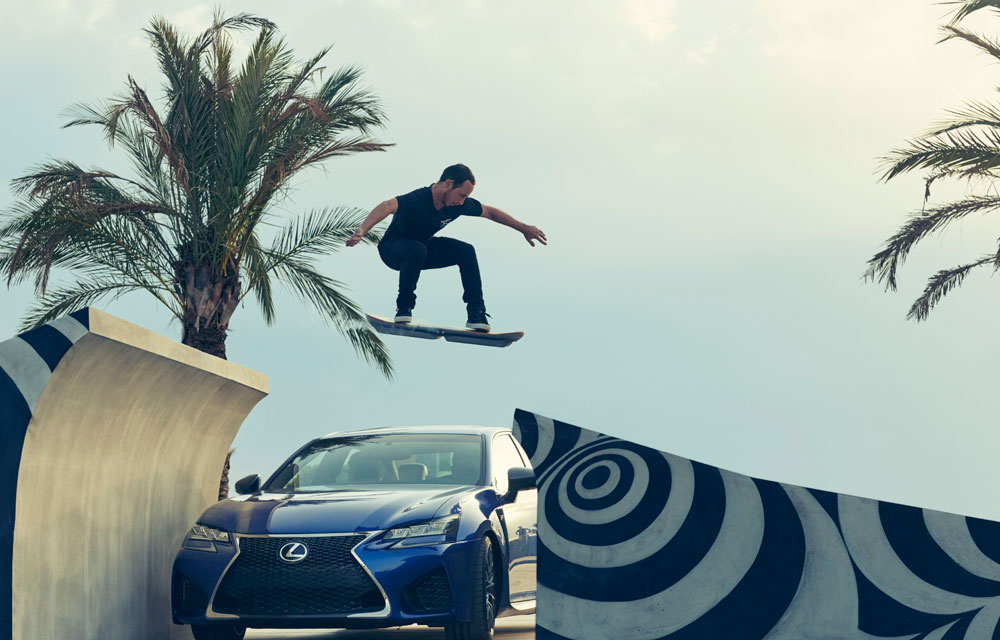 At long last, Lexus has released the full details on their much-hyped hoverboard — let’s start with the main video with skater Ross McGouran riding the board in Barcelona:

Without knowing how the hoverboard works, it appears to be something impossible — this video documentary explains the science behind the magic:

The press release dives deeper into the technical, and does a better job at explaining than I ever could:

Since the Lexus Hoverboard was unveiled in June, testing has been carried out in a specially constructed hoverpark, combining elements from skate culture with technology within its architecture. Up to 200 meters of magnetic track was transported to Barcelona from the Dresden facility to lay beneath the hoverpark surface in order to create the dynamic test, offering Lexus the opportunity to demonstrate tricks no skateboard could ever perform, like travelling across water. Lexus has captured the final ride footage and released it as a film led by award winning director Henry-Alex Rubin.

The Lexus Hoverboard technology features two “cryostats”—reservoirs in which superconducting material is kept at -197 degrees through immersion in liquid nitrogen. The board is then placed above a track that contains permanent magnets. Dr. Oliver de Haas, evico CEO, said: “The magnetic field from the track is effectively ‘frozen’ into the superconductors in the board, maintaining the distance between the board and the track—essentially keeping the board hovering. This force is strong enough to allow the rider to stand and even jump on the board.”

jaw dropping. I wonder how this could transfer into technology useful in automobiles.
That was impressive.
Lexus is so amazing!
Barcelona? Why not Hill Valley, California?
So from what I remember from my thermodynamic class back in the day the super needs to be super cooled for it to hover over magnets. So basically on a hover board this would probably last no more than a couple of minutes.... Looks cool though I guess.....
The Video of the song they used is pretty good. Inspirational. https://youtu.be/M97vR2V4vTs