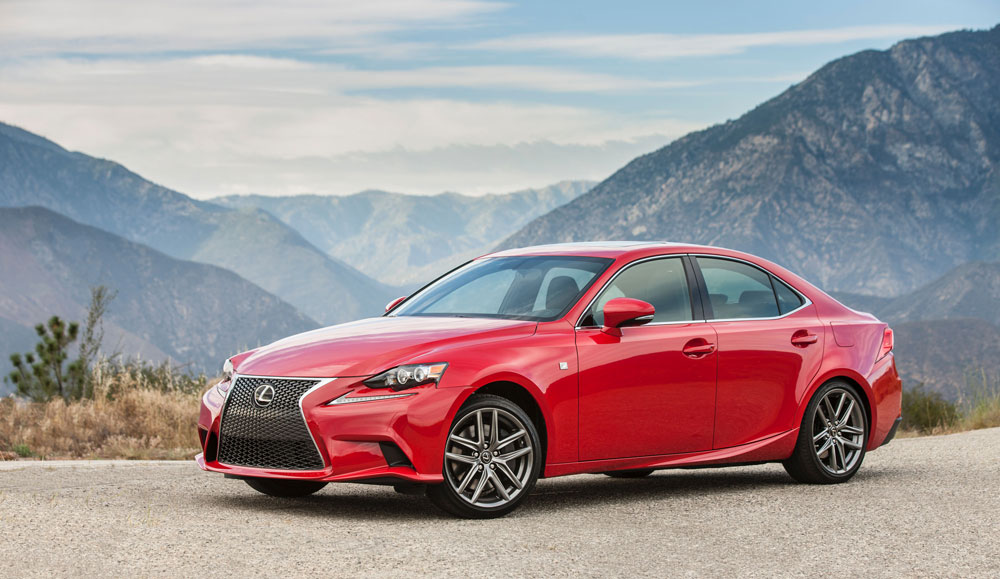 Lexus USA has announced the 2016 IS model, which will include three engine options for the first time:

Other changes for the 2016 model year include the following: 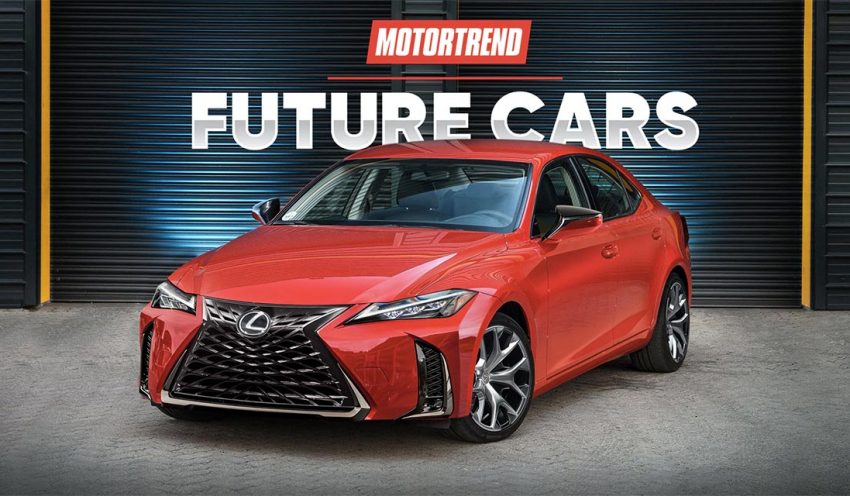 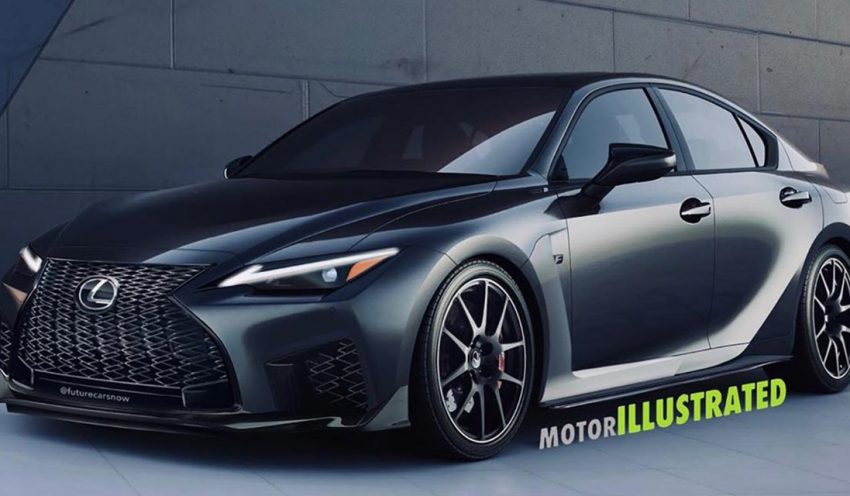 Lexus IS: Third GenerationPhotochops
But it wasn't to be.

Very odd to not offer AWD on the IS200t, but have to bring in another 3.5L to offer AWD. There is a problem with the turbo and AWD serious enought o make them off an entire new engine instead of the AWD option. Now they can say the IS200t has more power than the 328i (240HP) Kind of surprised they didn't wait until next Spring, since that would be the 3year mark for the car. They seem to have some interest in the sales title for 2015, which they are close to. I don't think they'll get there this year, anyway. BD
I'm loving the engine choices here! I know folks will be upset about the turbo not being offered in AWD thou I'm sure it will come eventually. But the IS300 fits in perfect for those who want more power but don't want the IS350.
NONE of the IS200t's competitors has any problem offering a 2.0 turbo engine with AWD and a 7-plus-speed transmission, so why can't Lexus?
So now the AWD IS350 is getting 8 speed automatic? The IS350 needs power bump badly. The engine can easily produce another 15 - 20 horsepower so I don't know why Lexus does not do it.
Best thing - ULTRASONIC BLUE 2.0 for the US!!!!
Sooo, where is the IS-F?
Couldn't they wait to bring this engine at face lift?
No surprise with the announcement on the specs based on last month's annoucement in Canada. We also anticipated the US to have the 350 in RWD vs AWD-only in Canada.
Can anybody tell me what is the reason for underpowered 3.5L V6 option at the US market? Thx in advance
So either you get power from 300 or torque from 200t or all around from the 350...
First things first, YESSS to Lexus bringing back Ultrasonic Blue to the US! 2nd: Yes to the Turbo base engine, although I would have liked to see the 2.5L V6 still be offered as a cheaper version and get the IS down to the low $30Ks and a-la BMW 320i, ATS 2.5. 3rd: I like the way the new engine cover looks in the engine compartment for the 2.0T and I'm glad it's paired to the 8 speed auto. Now the main things I'm waiting for is to know how well it puts that power down (the Europe announcement listed the IS200T with the 8 speed auto as going 0-60 in 7 seconds which was a little disappointing in my opinion. I was expecting it to be at least in the mid 6 seconds range. And I definitely want to know what the EPA fuel economy numbers look like on it.
And so apparently my seventh and eighth Lexus cars in the past nine years will be my last. I am glad for my own sake that I bought my 2015 ES350 and 2015 IS250 F Sport in Matador Red Mica. You feel me Lexus? '08, '10, '13, '14, '15 & '15: MRM Only my '12 IS F Sport in Ultrasonic Blue Mica and '06 ES330 in Blue Shale were ever not MRM. Why Lexus would add a bland copycat Mercedes / BMW / Infiniti Campbell Tomato Soup red to their palette is beyond me. Props for a trio of engine options but I'll never drive a 4-cylinder anything.
Lexus fan boys to the defense! Engine bay looks like a total plastic mess! You know what looks fine? A RB26DETT, SR20DET, 2JZ-GTE, 3S-GTE VR38DETT, and excuse like it doesn't get opened so it doesn't have to look nice are total BS! Lexus should know that a premium car should feature a engine bay with neatly concealed hoses and wires and preferably have a metal valve cover and not a big piece of cheap plastic to cover up their cheapness!
If there's anything to get excited about, it's the 2.5L 4GR-FSE being phased out.
If you buy second hand toyota or lexus, you simply start the engine if it sounds good then it is good. Who cares about engine cover
My parents were fiercely loyal to Buick. We were at a dealer a few years ago and the salesman left us alone. I popped the hood and when my older mother saw the overwhelming amount of plastic, she immediately lost interest and off to Lexus we went to get an ES350. On the other hand, the eye pleasing (and i assume noise cancelling) engine cover found on her previous 2006 ES330 had long since disappeared on that 2013 ES350. It didn't stop the purchase but it sure got my attention and I brought it up to the salesman who had no real explanation for why it was missing. The cover probably had nothing to do with it, but I did note our current 2015 ES350 sounds significantly quieter at idle and rides so much smoother than the recently traded off 2013 ES350. The '13 seemed to have a louder idle like a low decibel diesel when cold. No, it won't stop a purchase but when you start noticing little changes all over from one model to another, it's not hard to realize they're making the car a little cheaper each update, but not cheaper in price.