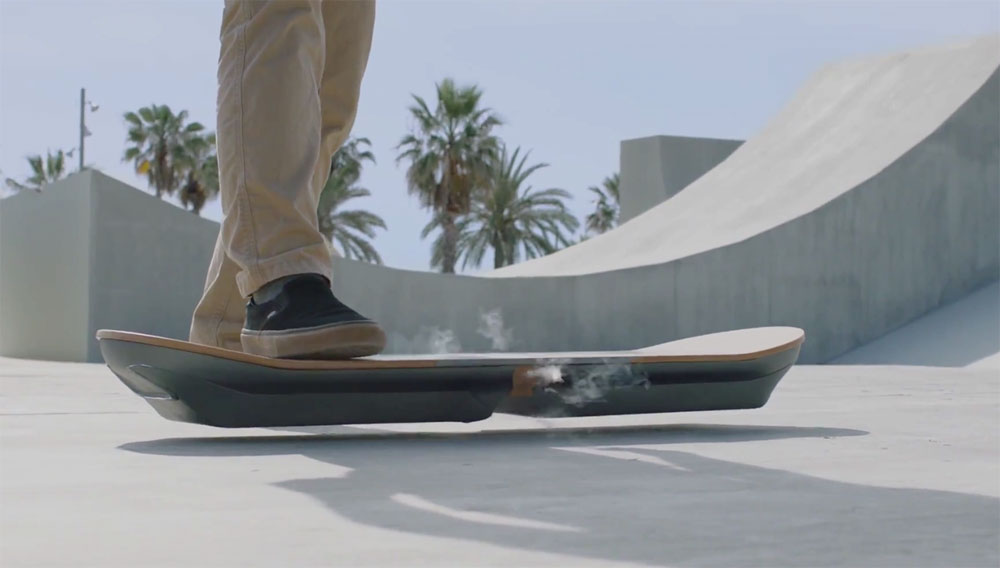 Wired Magazine has some new details on the Lexus Hoverboard, including an explanation on how the technology works and why Lexus built the board in the first place:

“Back to the Future messed my whole generation up.” That’s Lexus spokesperson Maurice Durand’s take. “The world so desperately wants someone to mass produce a hoverboard.”

Sorry to disappoint, but that someone is probably not Lexus. All SLIDE has ever been, says Durand, is part of a marketing campaign for an as yet unannounced car. (And no, the car won’t float either).

It would be easy to read into the fact that Lexus doesn’t reveal the car to be featured in the campaign — I asked Lexus USA for clarification, and was told it would remain a secret for the time being.

(I would suspect it to be the new RX or GS F, but anything’s possible considering Cadillac and Nissan revealed new cars in commercials at this year’s Super Bowl.)

Update: Site member Hakop Fetulagian discovered photos of the Lexus GS F at the skatepark where the hoverboard is being tested

I saw pictures on a spanish website of a blue GS F at the skate park
Hoverboard for the GS F... hmm I would have chosen the next LS!