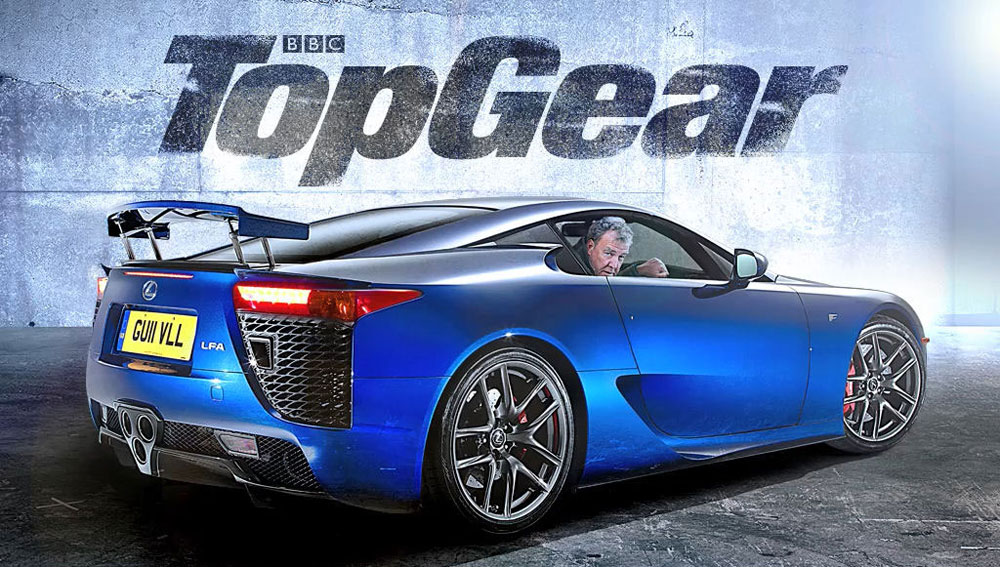 Missed this last week, but during his first interview since being fired from Top Gear, Jeremy Clarkson reaffirmed to BBC host Chris Evans that the Lexus LFA was his favorite ever car to drive:

Chris Evans: Alright, best car ever in your time on Top Gear please…

Jeremy Clarkson: The Lexus LFA, which is nothing like any normal Lexus. You get in the back of one now, and there’s a man who doesn’t know where he’s going with his broken Tom-Tom…that’s not the LFA. Have you driven one?

Chris Evans: No, but no hesitation in your answer!

Jeremy Clarkson: No, not at all.

This is hardly a big reveal, as Clarkson has repeatedly stated that the LFA his all-time favorite — even so, it’s nice to hear something positive from the man after that horrific RC F review.

Im still looking for a proper review of the LFA NE. Crew if you can find us something please
I haven't never driven supercar before. Unlike Jeremy, he has tested most of supercars (if not all) ever produced. He must feel something special in LFA that is missing in other supercars. For sure, LFA is not the fastest car (based on several auto reviews). But it gives the most joy while driving it. I just hope someday, I could experience LFA so I can truly understand what the meaning of "fun to drive".
Thats why he likes the FRS - same concept, only a lot more cheaper.
i am completely with Clarkson. there is just an amazing sensation when you get behind the wheel of an LFA. From the way you start it to the way the engine roars, and the amazing music it makes when you take off. this car is one of a kind and will defiantly be the best car i have ever driven
Driving the NX 450h+