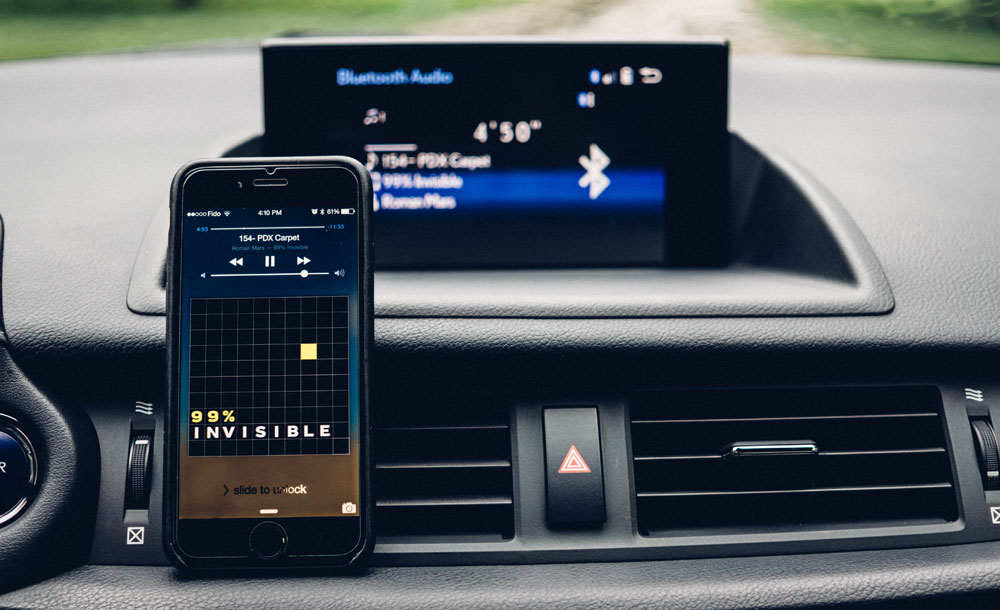 My plan for this month’s post on the CT owner’s blog was to sing the praises of the Display Audio controller, the circular dial interface for recent Lexus models without navigation installed.

There was only one issue with my plan — I barely use it. As a matter of fact, the only time I ever touch the CT’s infotainment system is to switch phones after my wife has driven the car. I never listen to the radio. I cancelled SirusXM Radio after a full month without using it once.

I mentioned this a couple months back when writing about the Mobile Home button, but I use my iPhone for everything — directions, podcasts, communication, music. It’s the dominant device in all aspects of my life, and every single infotainment system pales in comparison.

In recent months, the connection between personal technology and the automobile is something I’ve been paying a lot of attention to, particularly when it comes to Apple Carplay and Android Auto system replacement. Here’s a preview of how the Carplay interface works, if you have to see it in action:

More than anything, this direct connection to a vehicle’s main display feels like the future of infotainment, and it’s concerning that Lexus has yet to commit to launching either system in the near future.

No matter what Lexus plans, it won’t be backwards compatible — that is, I’ll never have Carplay or Android Auto in my CT. Even so, I don’t feel like it matters. Nearly every interaction with my phone in the car is verbal, as Siri takes care of everything. If Apple was to open up voice commands to all apps, I wouldn’t need to look at a single screen while driving.

On my IS, I do like the precise control of the Display Audio Controller thanks to the defined clicks matching a screen selection while rotating the knob. I use it to browse my MP3s by artist or album as well as for fuel consumption state/history. However, I feel the DAC is in its final days since Lexus desperately needs to differentiate itself from Toyota (and other entry-brands). Next-gen models from the CT up should have as standard equipment the latest Enform/Nav and better integration to smart phones.
As much as I love Lexus, they need to do something about the infotainment system. Pioneer has the new head units that incorporate Android auto and Car play. Get something like that into our cars! AVIC-8100NEX is an example of the future, which is now.
That makes a lot of sense, but the thing is that Android Auto or Apple Carplay doesn't need to REPLACE whatever their proprietary infotainment UI is. They are simply add-on's or overlays to the existing system. If you don't plug in your phone, you still have the Lexus Enform UI.
Have always thought the weakest area for Lexus cars is the infotainment, I was so happy to hear of the launch of Apple CarPlay and so dissapointed when Lexus weren't going to introduce it - it is actually enough to make me look at other cars. The beauty of a system like Apple CarPlay is future proof, in fact for the consumer it's the opposite of what Lexus are worried about. No longer do I need to pay money to update my satnav maps, no longer do I buy a car with out of date tech inside as all it requires is updating my phone, no longer do I need to transfer music into the car or deal with connection issues or additional SIMs if you want to enable your car to reach the internet. Very dissapointed they aren't going witht the tech