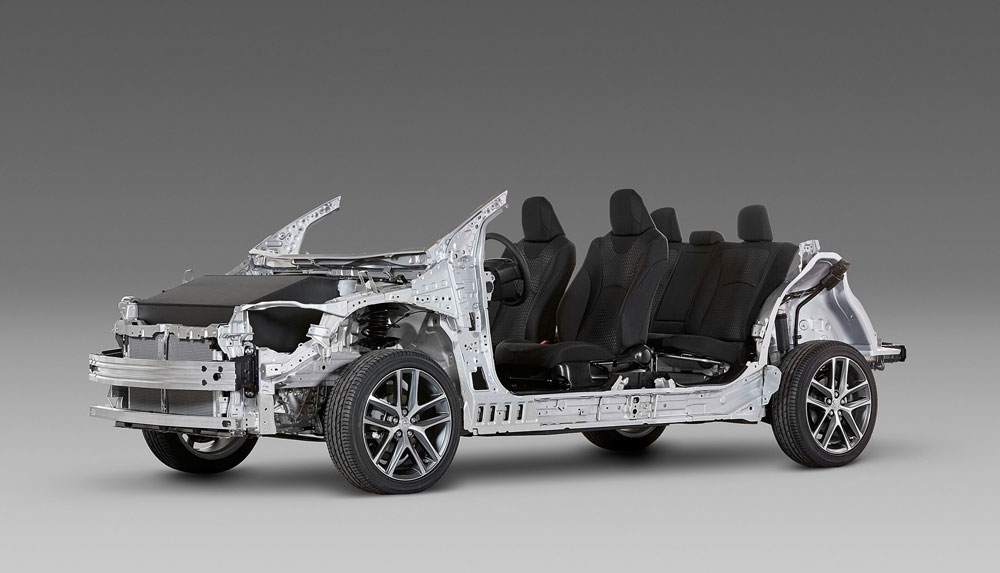 While not Lexus-specific, this Motor Trend article on the Toyota New Global Architecture is definitely worth a read:

What’s the problem, you ask? Here’s one: Worldwide, Toyota now builds roughly 100 different platform variants and 800 engine flavors. Eight freaking hundred. There’s no way in hell to continuously develop all of them rapidly. So under the goofy umbrella slogan of “Building Ever-Better Cars,” Toyota intends to go simple, and you’ll directly encounter it later this year in the fourth-generation Prius. But you probably won’t notice it.

All the key interior components — steering wheels, shifters, pedals (and air bags) — will be dictated by five standardized seat heights. Select a seat height and the car’s mission (is it a sedan or a crossover, for instance) and this leads to a highly pruned decision tree of accompanying components (say, four shifters or five seat frames). Once disguised by unique interiors, this massive simplification becomes invisible. Now project that thinking to everything else in the car.

This modular way of building cars has already been adopted by the Volkswagen Auto Group, though in that case there have been implementation issues switching to the new platforms. Even so, Toyota has always excelled reducing the complexity that VAG is currently struggling with.

(There are two easy criticisms in this move, in that platform & parts sharing can lead to generic vehicles and potential widespread recalls — it’s worth keeping in mind that this modular framework is just a deeper and more thoughtful version of what Toyota has been doing for years.)

If you know Toyota long enough , you should know Toyota is basically "sharing platform & parts" amongs all their vehicles for many decades , there's advantage & disadvantage in this ... but longterm usage wise , it is more of advantage . For example my family have a Toyota Nadia (JDM-only) , you might think this one-generation-only car would be lack of parts , but besides the exterior stuff , most of the parts are easily shared with other Toyota (for example the door handle is actually same as JDM-only Ipsum & Gaia) .
Hmmm.... those wheels are the 14+ CT F Sport wheels...