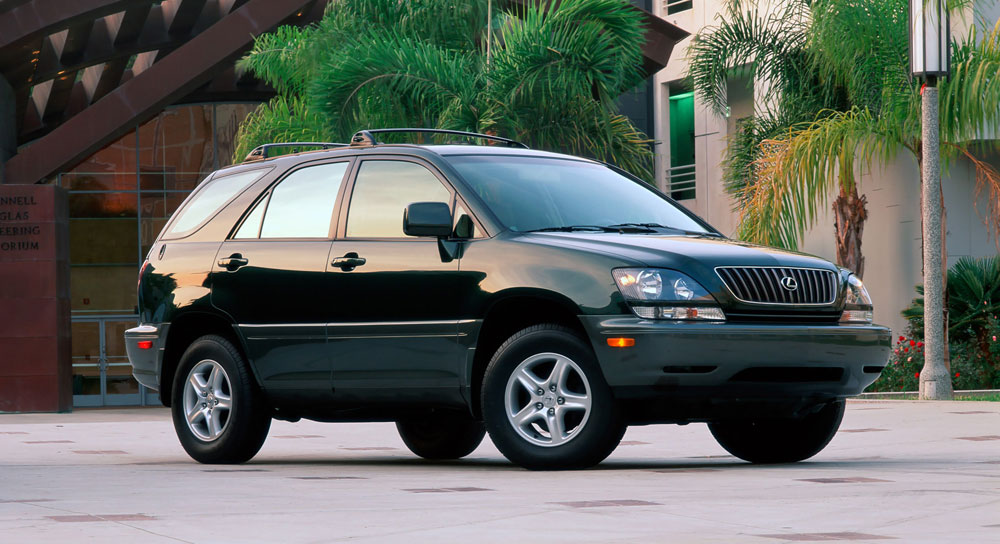 Should the original Lexus RX 300 be considered a classic car? Elizabeth Sobieski from The Huffington Post makes a compelling argument:

Look to the road now and it seems that a quarter of all driving machines are modeled after my Lexus: sedan sized Sports Utility Vehicles built for convenience and comfort rather than off-road activities. Why don’t people observe the importance of my superannuated car? The innovativeness and cutting edge uniqueness? Why isn’t the RX 300 considered a sure bet en route to Classic Cardom?

Was the ’64 Mustang more revolutionary than my RX300? Did it lead an innovation revolution of this caliber? Has any car since the Model-T been such a forerunner? Millions of passenger car based all-wheel drive vehicles have followed in the template tracks of my luxurious Lexus.

The first-generation RX as a classic car is a stretch in the traditional sense, and I suspect Sobieski is fully aware of this fact. Still, I can only think of two more influential vehicles over the past 20 years — the Toyota Prius and the Google self-driving car (which, ironically, are heavily modified Lexus RX & Toyota Prius models).

What do you think? Should the RX be considered a classic?

Surely a car that gave birth to a hugely popular segment is classic? Especially when it was not only the first of it's kind but also the best.
Classic car, no doubt.
I agree with the last 2 comments. This shouldn't be a classic car. The market was bound to change and Lexus just capitalized on it. Would they give the RAV4 classic car status because Toyota was the first to created a subcompact crossover? You know what would be the perfect classic car. The LS 400. The LS has redefine the luxury segment and and excel Lexus to become the best Luxury brand. The LS made the impossible, possible.
I'm not sure what definition of classic your intending. If you use the cars that are featured on the TV show "Chasing Classic Cars", then my opinion would be no. First, the RX has only been on the market for approximately 14-15 model years. Using that as a "Classic Car" definition, what about the Land Rover or Range Rovers as classic cars? One of the movements within our Lexus community is to refer to 1989 - 1999 as "Legacy" models. I understand the feelings behind this and there have been some excellent cars that have made Lexus one of the most reliable automobiles all around the world. However, I own a 2013 RX 350, and I think of it as a CUV that created a whole new market and continues to be a Lexus no. 1 seller. I think calling th RX a classic in my mind a car that was famous but I think it would need some more aging to be a Classic.