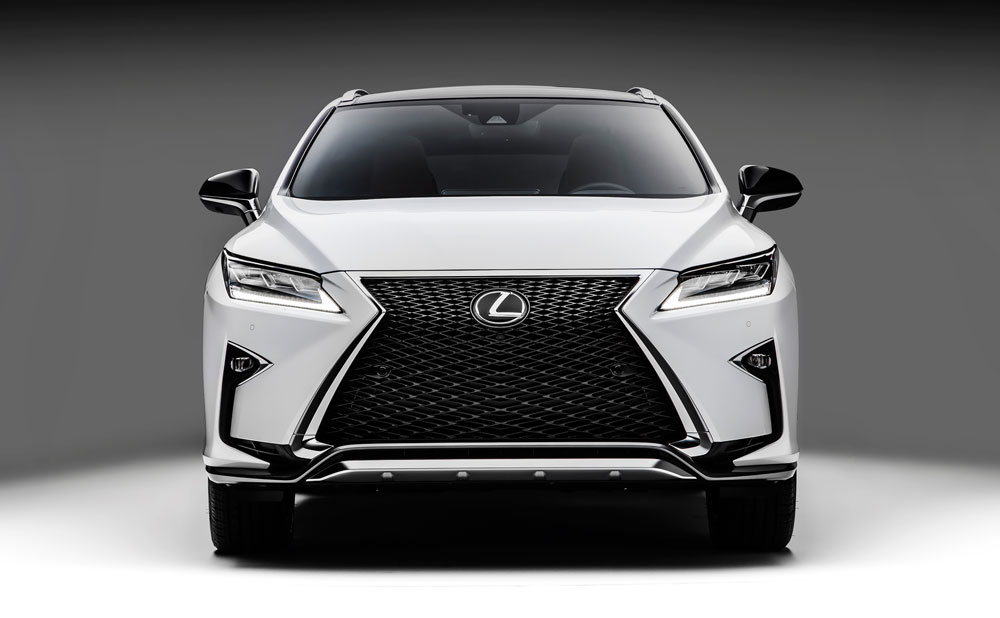 TAKESHI TANABE: “Well not just Akio Toyoda, but also my boss. Both Fukuichi-san and Akio wanted a big breakthrough with the fourth generation RX, and not just a larger copy of NX. They demanded something just as expressive as NX, but with a very clear character.

We aimed to develop a strong visual message, creating “RX-ness” just like we have “NX-ness“ or “IS-ness”. Think of it like a family where relatives have the same DNA, but with their own special features and character too. Some competitors tend to use the same character for different models, but we really want distinct personalities for each model.”

I find this to be a key difference between Lexus and its German competitors — there are certainly some shared design characteristics between the RX & NX, but they could hardly be called carbon copies.

And speaking of the spindle grille:

LEXUS: We are interested to know where the spindle grille form will go next?

TAKESHI TANABE: “It’s always going to be evolving, but I think the basic idea of the spindle grille will remain for some time to come. You can think of the spindle grille as a kind of Lexus icon now. The new RX shows the way forward, with the entire body sculpture dominated by this form. However, we have some exciting new ideas coming up soon, it is going to be very exhilarating next couple of years (smiling)!”

I definitely recommend clicking through the entire interview — Tanabe-san shares his thoughts on the success of the NX, his favorite RX feature, and what’s coming to Lexus interiors in the future.

How's the interview with Mr.Mark Templin?
I was very afraid that the RX was going to just be a large NX. Thank goodness that it is more than that, especially with the interior. I am similarly thankful that the current IS is not just a combination of the current GS and the second-generation IS.
I can't get over how fantastic looking the new RX is.