Lexus has announced the new ES will debut on April 20th at Auto Shanghai, and have released a first teaser image to prove it: 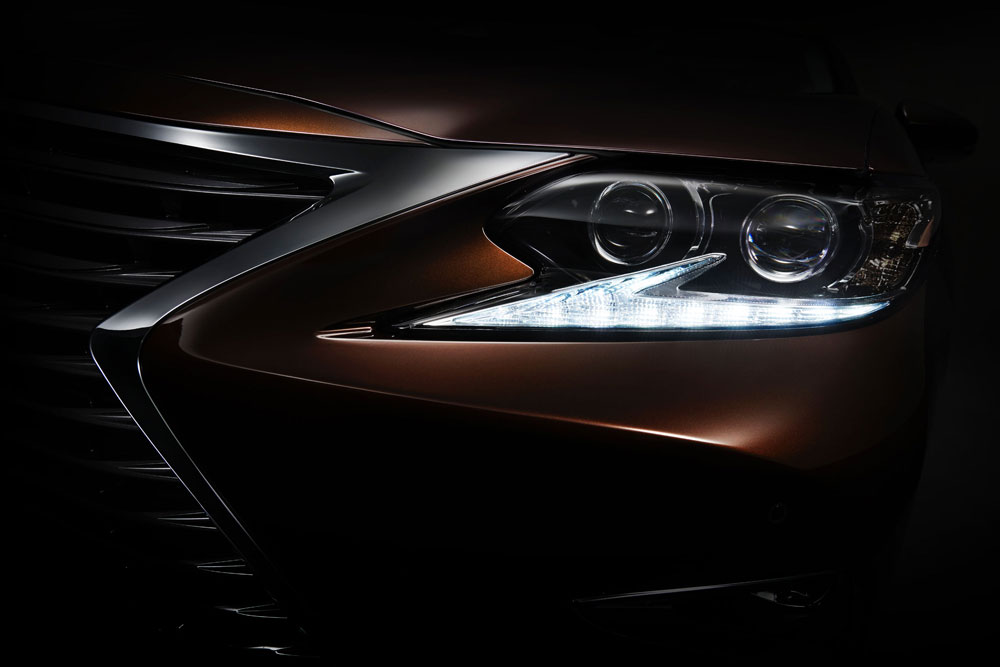 Despite the closeup of the new headlight design, there’s plenty of detail to go over — the front grille has the now-standard hidden bumper and is much more aggressive, plus it appears the hoodline follows a more conventional path as compared to the current model.

Brigten up the image, and you can see a hint of the foglight and a car profile outline: 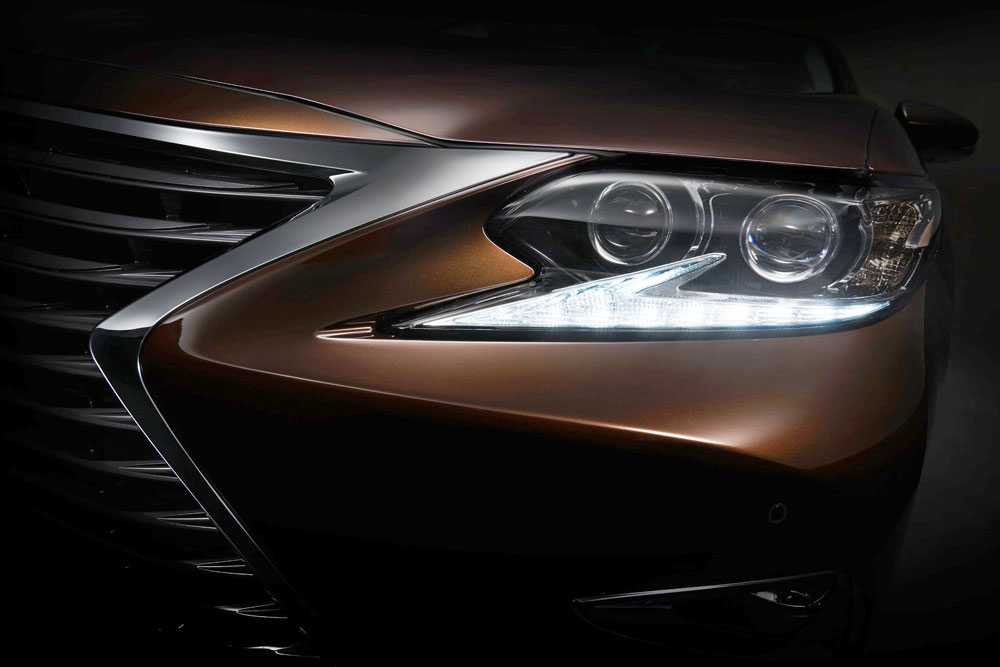 The Lexus ES established a unique and important position in the luxury sedan segment with its elegant styling, extraordinary quality, and Lexus’ best-in-class service when it was introduced in 1989. More than 1.7 million units have been sold globally over the past 25 years.

The new Lexus ES maintains its classical elegance while conveying a more dynamic experience and luxurious craftsmanship. The ES will be on display April 22-29, 2015 at the Lexus booth in Hall 7.1 at the National Exhibition and Convention Center at Auto Shanghai 2015.

The refresh so far looks good. Though I wish (hope) to see the triple L LEDs in some form or another. Will the ES 350 have the new 3.5 D4S engine? Will we see an ES 200t or anyone think this engine may be out-of-character? Improved lower interior hard plastics and Nav display?
Aha darn. I just posted a thread on the forums and then I refresh the home page and see this! Haha krew beat me to it!
I think rising the top section of grille to match the top section of the headlight is a good choice , but I still have to wait to see the whole car before making further comment on that ; hopefully they can use new engines throughout the line up , and hopefully replace ES250 with ES200t , or at least add ES200t into lineup for certain market to get advantage on taxes .
I hope lexus put the 2.0l turbo in the new ES, but could we also see the revised engines put in the new RX? . But one thing I can expect lexus to make is a revised suspension to make it more aggressive when driving. If that happens then an f sport model will probably be in its future.
I agree. Wish they did add the triple L LED's. But I think everyone is hoping to see a revised interior to have more rich materials instead of the hard plastics
Looks like the separate LED has now been combined with the headlights.
Honestly, the L-shaped DRL and the headlight look a bit awkward to me. Hopefully it turns out well when we see the whole thing.
Ok, the headlight just looks weird and out of proportion. What's with the DRL running into the projectors?..and the swoosh looks really short. #notfeelingit
I hope that the F-Sport trim will be finally available even on the ES: At least even if FWD, the ES has a very good handling supported by an excellent base so the F-Sport trim with improvements in the suspension compartment (beside the exterior differences) make a lot sense.
With this design, why does the hoodline not trace itself around the top of the entire grille?! I am very happy with this headlight design. When the current generation GS first debuted, I was so afraid that the DRL would make every Lexus headlight look nearly identical to each other! People need to see what the designers are going for rather than what is there. In real life, things will look as the designers intended, especially in the right color. Hopefully, Lexus will be able to do what the designers actually wanted.
Headlight looks similar to IS'?
Not in love with this, but it will be better than the current model, which is pretty poorly done, to be honest. The grille itself looks strong, but the DRL should come across the lights, not cut in between them, and the grille should meet the hood. I don't see why there has to be another piece between the hood and the grille. It's gigantic now, and should be removed entirely. BD
I think it'll turn out sharp looking. What does the ES compete with, TL, Regal/Lacross, S60, Maxima?
Predator will claim its last victim lol!
I love it! But...why are they showing this before the GS? The current GS was debuted before the current ES, yet the ES is getting the update first. The GSF also just came out. I thought they would want to show the updated version soon, but I guess not.
Driving the NX 450h+