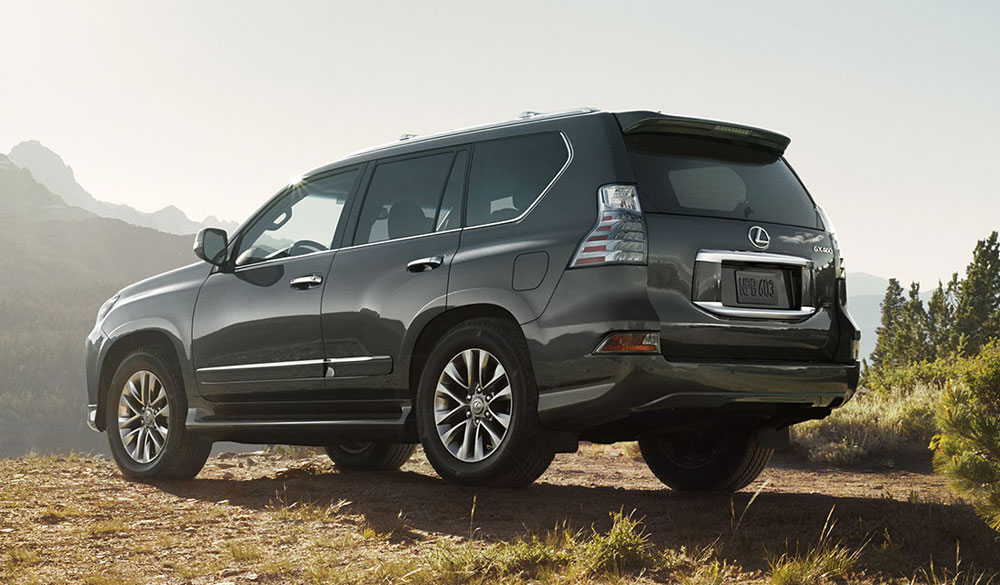 In an interview with Autoblog, Lexus International executive vice president discusses the future of the GX & LX models:

… [Templin] said: “We do very well with those products in the United States – GX has been a great product for us in the US for the last couple of years since its initial introduction. But the future of those vehicles longer term is in doubt because of regulations that are being driven by governments all over the world.”

Don’t start stockpiling LX 570s in anticipation of shortages just yet. Templin didn’t give any specifics; he just notes that tightening fuel economy and emissions regulations could affect product planning.

As the only full-line luxury automotive manufacturer in the world with two body-on-frame SUVS, it’s no surprise Lexus is looking to trim at least one of the models from the lineup.

Some other facts to consider — there are reports of a LX update this year, and Lexus clearly needs the much-rumored seven-seat three-row crossover. Take these factors into account, and it’s possible the GX will be cancelled at the end of the current model’s lifecycle.

What do you think — is there room in the lineup for LX, GX, and another large crossover?

Two off-roaders may be too much when the market has largely moved over to passenger car based cross-overs. Also,the ever tightening emission regulations are a challenge. A hybrid Land Cruiser/GX/LX would solve that issue,but is such a car more than a rumour? Does anyone know?
It needs a redesign that is the problem. People who buy these ultra premium SUVs need to feel posh. If celebrities and athletes look pass it, then it won't be a seller. I get it, seen them on the road and it put me to sleep. Last of the remaining lexus lines that you can actually say *yawn* Toyota can cash-in with its FJ & Land Cruiser just like Merc is milking the G Wagon. To a lot it is some ugly box, to others it is that x factor that sets you apart. That thing is a straight up status symbol though, so automatically when people see you, they know wassup (BALLER!) Lexus, back to the drawing board mates... Don't be too afraid to fail, create some out of the box SUV. Turbo's certainly will help you meet standards. but typical SLOW-AS-SNAILS to market demand.
Because they're not rebadged Toyotas.
just add TX as crossover in Lexus SUV line up, you will do fine Lexus. Don't kill LX and GX just yet. IMHO, both SUVs are the best in their own category. In certain part of the world, smooth roads are luxury. This is why Land Cruiser, LX, Prado, GX and other Toyota SUV models dominate.
I can accept the GX to go but not the LX!!
It's so confusing to me to be honest. The updated GX did very well and boosted sales a lot. The LX may not do well but probably because it is on a what 7+ year design? And what happen to the updated LX coming this year we heard about two months ago (https://lexusenthusiast.com/2015/02/05/updated-lexus-lx-coming-this-year/). The GX may become a three row crossover or be replaced by one still, or be kept as is. I really don't want to see them go especially the LX.
The GX is doing VERY well since the facelift, but when the TX arrives, its sales will be cut in half. Lexus needs a high-end SUV, so the LX will stay long-term. 2017 will be the last year for the GX. BD
I say lexus sells it like this: a crossover below the NX (to compete with the gla, and the X1), NX, RX, TX, & LX. I see the LX as a must for lexus. It's something lexus has to be able to compete with he QX80 escalade and the GL or GLS and the Range Rover. But the only way the LX can stay is that if it has a MAJOR update inside and out. A new engine starting with the diesel, then a v6, and for the top of the line put a new/or revised v8 in the LX. I know this is a long shot but lexus should make an LX F to be able to compete and expand the F brand itself to not just sedans but to SUVs as well.
Lets be honest here, they are basically the same with just some tweaks here and there to disguise it. Its not the same as the RX and HL for example where they look completely different inside and out.
I like the GX since the Spindle refresh but I'm ok for it to go replaced by the TX. Keep the LX though.
Templin and others for Lexus said they won't go low and sell on price like the Germans, so I don't see a X1 competitor. The Germans NEED to do that to increase sales, and cover CAFE considerations with the government. Lexus sells plenty of hybrids to get fleet MPG average up, so they don't have to fight for scraps at the bottom of the market. And that would undermine the very successful NX. Lexus wants to start at $35k, and build their brand strength from above the Germans. This is the best strategy long-term. They are selling right with the germans with higher brand starting prices, fewer stores and fewer incentives. There is nothing below the IS/NX that Lexus needs, or wants. The Germans aren't greedy. They're just needy! BD
Expect a new Land Cruiser/Lexus LX after the TX in 2017, maybe that fall. BD
We better not cancel the GX, we can't keep em on the lot! Probably our best seller!