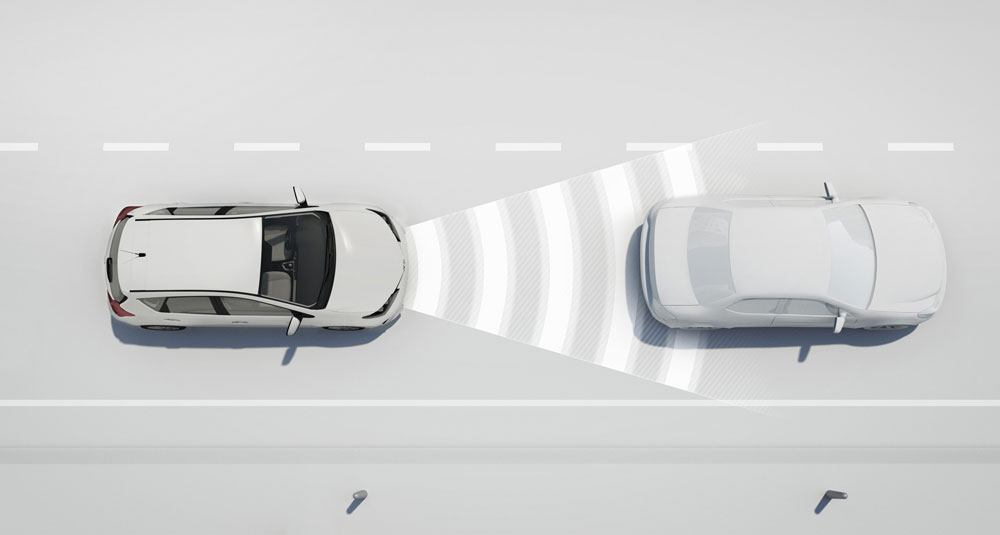 Lexus Safety System+ will debut on the next-generation RX as an optional accessory priced from approximately $500 to $635, a price well below comparable systems in the auto industry. Following the RX, it will be offered on four additional models later this year.

A full breakdown of the individual technologies follows.

This system uses millimeter-wave radar and a camera to detect pedestrians in addition to vehicles. To help prevent or mitigate collisions, the system activates an audio and visual alert in addition to brake assist, followed by automated braking if the driver does not brake in time. Automated braking operates at relative speeds of between 7 – 50 mph for potential collisions with pedestrians, and can reduce speed by approximately 19 mph1. For potential collisions with vehicles, the PCS system operates at relative speeds of between 7 mph and the vehicle’s top speed, reducing speed by approximately 25 mph2.

LDA uses a camera to detect visible white and yellow lane markings. If the vehicle starts to deviate from a lane, LDA alerts the driver with an audio-visual alert and steering wheel vibration. Some models are also equipped with Lane Keep Assist, which controls power steering to help make it easier for the driver to remain within lane markings.

AHB helps enhance forward visibility during nighttime driving. It uses a camera to detect the headlights of oncoming vehicles and the tail lights of vehicles ahead, and then automatically switches between high beams and low beams so as not to dazzle other drivers.

On highways, Dynamic Radar Cruise Control uses millimeter-wave radar to detect preceding vehicles and determine their speed. It then adjusts vehicle speed (within a set range) to help maintain a pre-set distance between vehicles. By using a forward-facing camera and millimeter-wave radar to monitor vehicles moving into or out of the lane, DRCC helps maintain smooth acceleration and deceleration while driving.

I heard Lexus will be offering a 467 horsepower RX F model.
They should dubbed it T-RX.
Lexus should offer the Adaptive Front Lighting System for the 2016 Alexus RX .
Would they still be offering the eye detection? The system that monitors your eyes if you're falling asleep or turning away?
I saw that post also, it might be just a rumour though.
Yes, that system is called Pa-Attn
Thats a certainty. Its already available on the current RX with LED headlights.
LSS+ BD