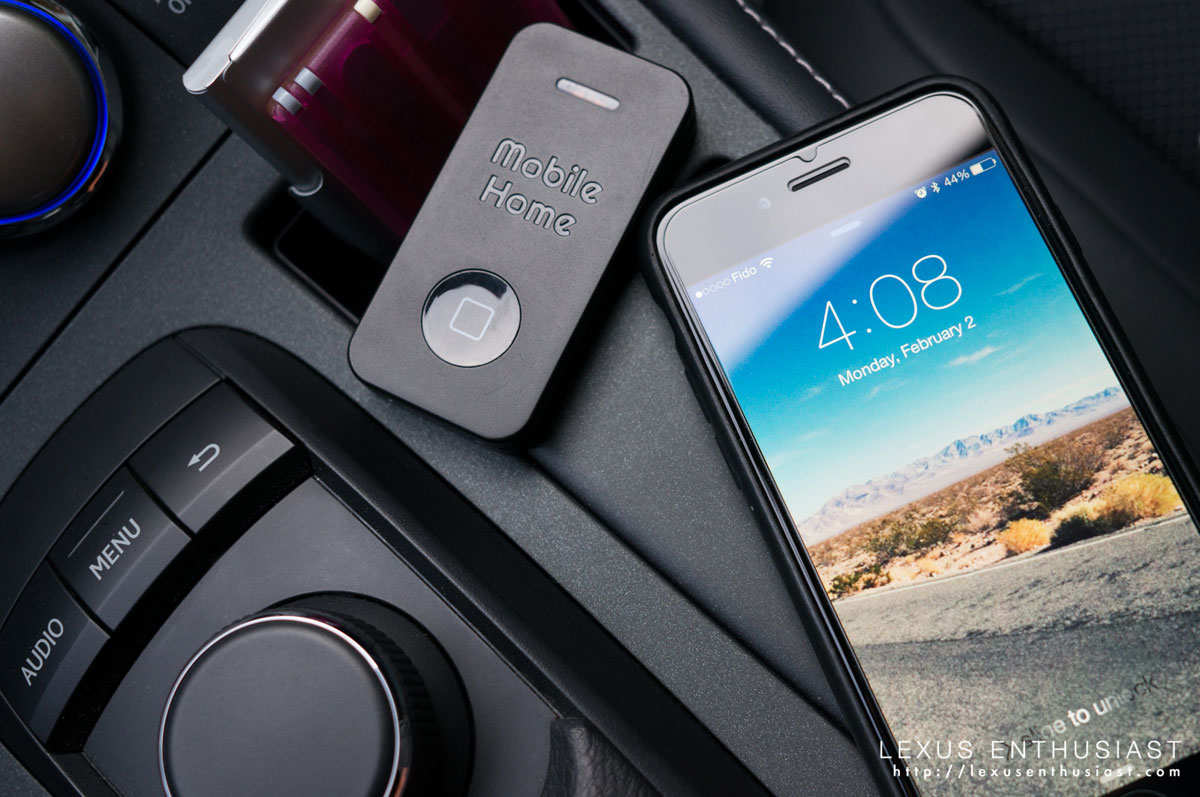 I have a new favorite accessory for my Lexus CT 200h, and I have to write about it despite sounding like a full-on infomercial.

Like everyone else in the 21st century, I’m permanently attached to my smartphone — I use my iPhone 6 as a personal assistant, it helps to manage my life in a way that would have been impossible just five years ago.

The iPhone is also the central technology hub in my CT 200h — in the car, I use it for music, podcasts, navigation, phone calls, and setting reminders. The only problem? Up until last month, I found the whole experience completely distracting.

I was always searching for the phone in my pockets or feeling around for it on the front passenger seat.

Enter Mobile Home by Beanco, a device so simple it’s almost difficult to explain — it’s a Bluetooth button that acts like a virtual home button for your iPhone. Hold the button down, talk to Siri, done and done.

I experimented with a few locations for Mobile Home before settling on the sun visor: 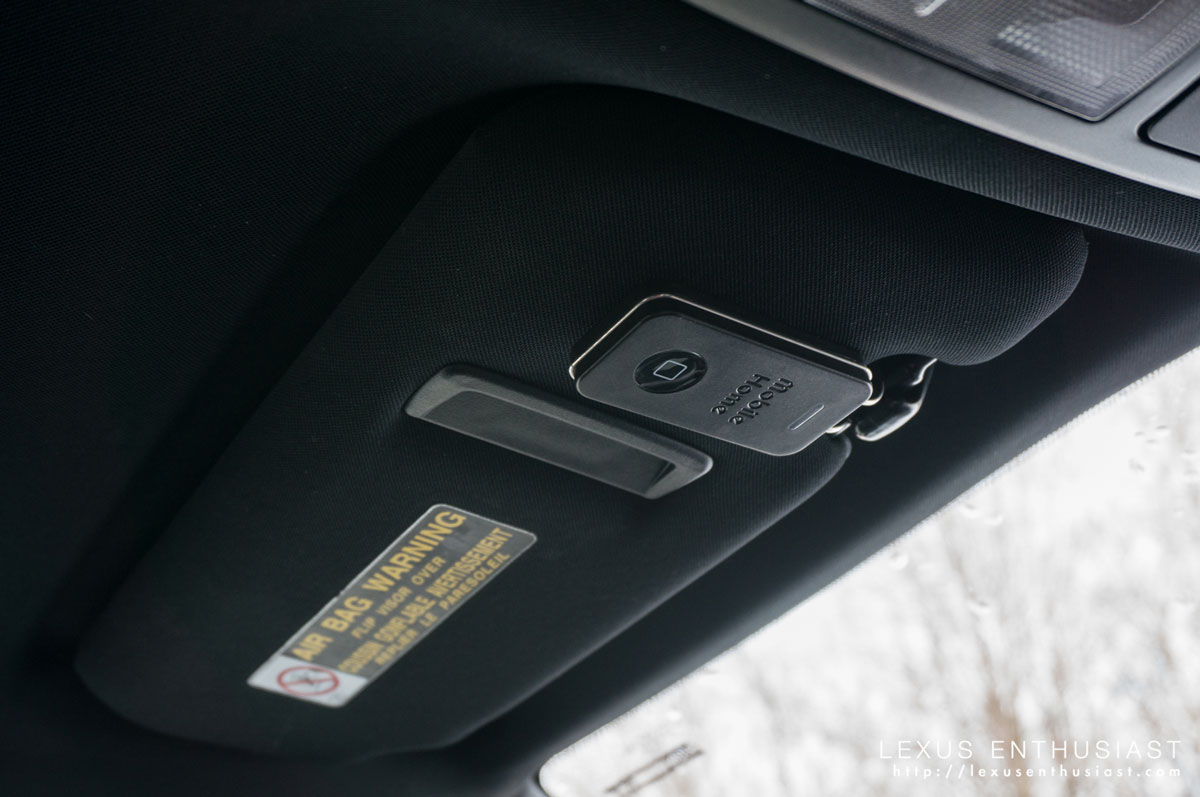 Mobile Home has really simplified things while driving, and that’s a huge deal for me. If your iPhone works through the Bluetooth system in your Lexus, this is a great device.

You can buy the device on Amazon — you can also read other reviews at iMore and Road & Track.

I should note — anyone who bought 2014 model other than the IS & CT, or is buying a brand new 2015 Lexus, can use the Siri Eyes Free system, which activates the iPhone voice control using steering wheel phone buttons.

(Full disclosure: Mobile Home was created by Beanco Technology, which is owned by my friend Robert Lee. Robert did not ask me to write about Mobile Home, and I received no compensation save for the test unit.)

very cool. I ALMOST bought one until ios8 brought the voice command "HEY SIRI" to use Siri completely hands free as long as it's plugged in!

Very good point -- I'd agree, but I rarely charge my phone in the car. Also, the CT doesn't really have a great cable management setup, they're constantly getting in my way.