END_OF_DOCUMENT_TOKEN_TO_BE_REPLACED " /> No Next-Generation Lexus RX at the Detroit Auto Show After All? | Lexus Enthusiast
Menu
Log in
Register
You are using an out of date browser. It may not display this or other websites correctly.
You should upgrade or use an alternative browser. 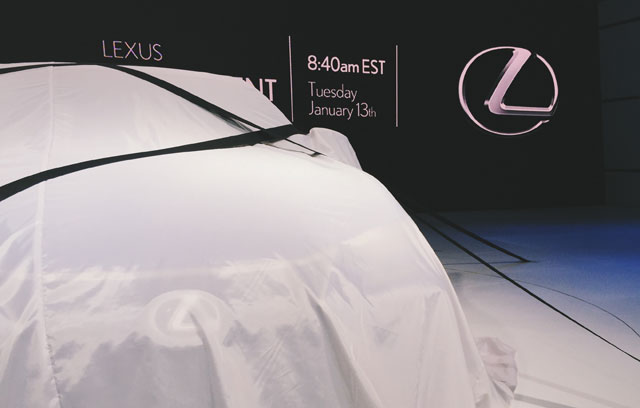 After spending the day at the Detroit Auto Show, I can say with some confidence that the next-generation Lexus RX will not debut tomorrow.

Speculation started last year with the rumor that two models would debut in Detroit — Edmunds then followed this up with a definitive statement that the RX would be revealed alongside the GS F.

Lexus executives today refused to speculate about tomorrow’s plans, but a surprise reveal of the brand’s most popular vehicle makes little sense. There’s simply no way Lexus could resist teasing a model of the RX’s importance.

There’s also the question of physical space — the Lexus press conference is in the display this year rather than the Riverview Ballroom, and there’s just not enough room for two significant reveals: 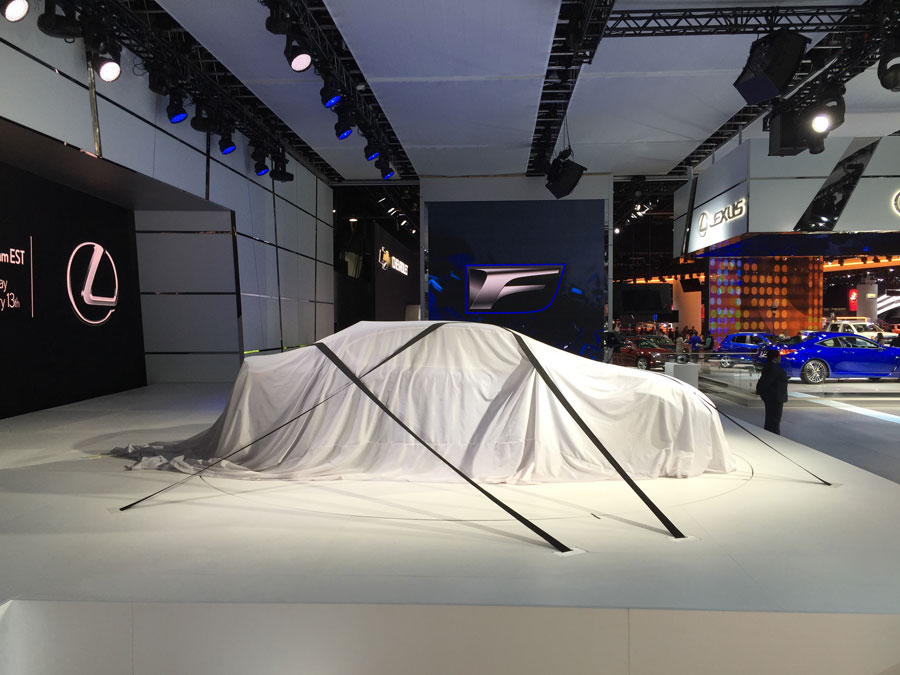 It’s still unclear what else will be part of the Lexus press conference, but it’s probably time to start tempering expectations — I believe the GS F will be the main focus tomorrow.

(Of course, I could be totally wrong. We’ll know for sure tomorrow morning at 8:40am EST, you can follow my live coverage from Detroit.)

I bet its just the GSF and the refreshed GS sedan

Could not agree more.
So happy to see you active here!
For sure! Hope your beauty LS F-Sport is serving you well with your new family!

hope not..they need to update that RX ASAP! It's so old. Does lexus think it will compromise sales of the NX?
No problem. There are other cars. Volkswagen are now presenting the cars Lexus should have been presenting. Look for the VW Cross Coupé GTE chargeable hybrid(+ all theire other chargable hybrids). Lexus have consentrated on being so "bold" and so "aggressive" the past years, but have forgotten People(in Europe at least) used to admire them mostly for making high quality hybrids. But they are not making any advances in that Field now it seems. Too bad, but luckily the New VW's look really good, classy and fortunately not "bold" or "aggressive".

VW is vapourware. They have everything better than Toyota on paper and in marketing, but are overall just crap products with soft plastics. Customers get deceived by soft plastics. VW = Crap.
Where are you from? I know VW is not up to Lexus' quality standard, but calling it crap is just pointless. Truth is that VW has surpassed Lexus in offering hybrids, and that's a problem for Lexus. Lexus better come up With some New hybrid Technology very soon, or they will be dead in Europe.
VW and Lexus should honestly not be mentioned in the same sentence, especially in regards to hybrids. VW also is nowhere near a style leader and with sales going in reverse in the states they have huge problems ahead.
That's a lot of opinons without an ounce of substace. You dont know much, it seems. I'm no fan of VAG(VW, Audi, Skoda, Seat etc.), but the New VW's have both good design and good hybrid's (Golf GTE, Passat GTE, Cross Coupe GTE, A3 Etron etc) that looks like they perform very good and better than any Lexus. Lexus needs to stop messing around With so-called high performance cars that actually dont perform that well, and instead concentrate on what used to be their force.
You are a really funny guy..... that´s all i have to say about you. Have a nice day!
I have a Lexus myself but to have been liking a brand and being a total fanboi are two different Things.
Lexus has sold over a million hybrids I believe and are the hybrid technology leader in the luxury car market. VW isn't a luxury brand though they sell the Touareg. Their hybrid's are unproven yet and are not selling. I think lets give VW a few years of proven real world results before we magically say they are better than Lexus :) VW is clearly very solid in the diesel market.
You cant be a leader in the hybrid market when Your hybrid Technology has not moved forward the last ten years, see ... I dont know if you get this, no?
The market and experts disagree with your assessment :) The next leap is coming soon :)
What experts? Now I'm really curious.
You obviously pretend to be one. A plug-in hybrid actually defeats the purpose of having a hybrid in the first place, otherwise you would be better off with a true EV, aka Tesla. Try as they might, no one can actually imitate the Toyota/Lexus Hybrid Drive system, one that actually scales very well, is very smooth, and is as efficent as your right foot allows it to be. It is also about to come into its fourth generation with many happy owners willing to vouch for it's dependability - something any other "hybrid" automaker has been fighting to achieve within the last decade.
True, VW is not crap at all ! But comparing a full hybrid technology with the plug-in hybrid , I don't know, but you can't call that inventive. All the German cars are missing a full hybrid, they're years behind. I believe we will see an indication of the new technology with the new LS.... But I'm glad you're still worried about Lexus.

The vw group already have electrical problems without adding hibrid
Does anyone recall what shows the RX debuted at in the past?
My sources tell me that the new RX will be debut in April.
It makes sense to release it in New York in April, as it won't hit dealers until well into Q3. BD

Would make sense... the Tri-State Area is more within Lexus' buying demographics; Detroit not so much, since most of the town works for the locals.