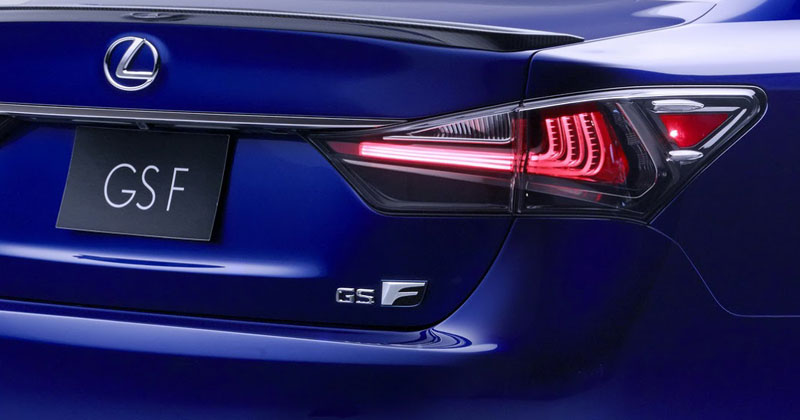 The Detroit Auto Show starts today, and I’m here in Detroit to bring you live Lexus updates from the show floor.

Update: Lexus will be streaming the reveal live — here’s the video player:

(What to expect over the next two days? The next Lexus high performance model, the GS F sedan.)

Please note, the Lexus GS F will debut on Tuesday. Monday updates will focus on the other Lexus vehicles on display.

Thanks Krew!!
The real question is "What to expect over the next two days besides the GS F" :-) Keep eyes, ears and camera at the ready !

Is there anything to expect besides GS F and possible GS facelift?
Really ? Pity. http://lexusenthusiast.com/2014/11/25/lexus-debut-two-new-models-detroit-auto-show/

we are staying for new pectures krew...thanks krew thanks...
Thanks Krew. Great pictures. Anxious to see what the 2nd model would look like.
So the second car was the RC F GT3 which will race globally!
I'll probably never get to own this, atleast not in any foreseeable future; however I'm still very excited.
I think there has been some change in schedule and planning, thus the RC F GT3 replaced the car they initially planned to show.
That's bunk! I am planning to buy the NX in March BUT a much revised RX might make me rethink that. Nah, probably not but I was trying to fool myself that it might.
Any pricing info Krew? Pricing will be crucial vs. affalterbach and the bavarians. Keep bugging Yaguchi-san about a Next Gen ISF
Nobody has picked up on this hint of a mid cycle update for an IS 200T F Sport later this year

Sorry didn't check the predictive text. That should say 'his hint' not ' this hint'
I did catch the statement about the 4 new or updated models this calendar year, as well as the increased use of turbocharging. But since that bad boy just got redesigned a year and a half ago in the summer of 2013, updating it this year wouldn't exactly make a "mid cycle" update since that would have come at least 3 and more likely 4 years later. But I digress, an updated IS 200T F Sport with those sexy new Tri L shaped headlights would be very welcomed as soon as possible! Also while you're at it Lexus, replace the remote touch system with the trackpad in the RC and bump up the 7 inch screen with the 12.3 inch display in the GS, ES and LS. We all know the allocated space up there is certainly large enough to make it happen. That would make the IS just about perfect!
Seems a major mag confirmed the NX turbo-4 goes in the IS next...

Honestly, this car needs to be around 3800 lbs to compete with the major players Coming in at over two tons with much less torque means they shouldn't mention M5, CTS-V and E63. It may provide better handling, but power sells in this class. I would price it in the low $70's, about $8-10k above the RCF. BD

My hopes weren't high for the 4RX as it made no marketing sense with the NX just released (and steal its thunder), but happy to see the RC GT3 and the direction of the F brand. Clearly the RX will be unveiled later (New York possibly) which means a Q3 or Q4 production release.
Wow, I was impressed with that front end... except when they revealed the whole thing. Is it just me or does it not look proportional. Whoever designed the LFA exterior+interior must really be disgusting this car. It just doesnt work.

If you look at the dimensions the car has grown about 3 inches in length and we know its not from the wheelbase. So the front/rear is longer which might throw things off for a few people. The bold new Lexus designs are not meant to not cause discussion!

Kevin, anything on that new controller??
Goodness the GS F looks so sexy in the reveal. Lexus F Marque is still etching it's legacy guys and it's looking great. RC F GT3 is great news for all the Lexus doomsayers. GT3's are not silhouetted cars, the internals are very close to their street counterparts and no company spends all the money to go into racing to lose. Opening up potential GT3 trims/tunes or CCS-R variants. Already a F signature is the USBM exterior paint color and NA V8 configuration. Hopefully orange calipers become an F signature moving forward. As I stated before, and was proven correct by lead engineers remarks, the GS F is just an alternative to the RC F, so all of the detractors saying it needs to have an increase in power, don't understand Lexus' business modal/approach. The 2IS and the 3IS use the same exact engines/carryover tunes (10+ year old engines for that fact), simply an exterior/interior refresh/trim addition caused a surge in the IS sales and NEW customers. Lexus will not produce a car that makes an ///M or AMG guy say: "ALRIGHT. I'm ditching my M4/AMG for the F badge." they have their own opinion that isn't going to change, even with a few HP/torque increase. Lexus knows this. Lexus' approach is to attract new (YOUNGER) generations of buyers to the brand and keep them as customers for life, and it is working. [F cars are made to be driven by the most skilled/unskilled drivers alike, unlike say a Dodge Viper for example, which required a non-novice at the helm of the earlier generations of the car.] Have no fear the CTS-V will destroy the Germans and it will not come at the expense of growth for Lexus or the F Marque, so rejoice. (The Cadillac Presser was awesome.) The future of F looks brighter than ever. Cheers to top finishes for the RC F GT3!