END_OF_DOCUMENT_TOKEN_TO_BE_REPLACED " /> The Lexus GS F Revealed: First Photos & Information | Lexus Enthusiast
Menu
Log in
Register
You are using an out of date browser. It may not display this or other websites correctly.
You should upgrade or use an alternative browser.

Lexus has revealed the 2016 GS F high-peformance sedan a week before its official debut at the Detroit Auto Show.

Details are limited right now, but one thing is for sure — the GS F will share the RC F’s 5.0-liter 467 horsepower V8 engine.

Four photos in total were released, here they are in full resolution: 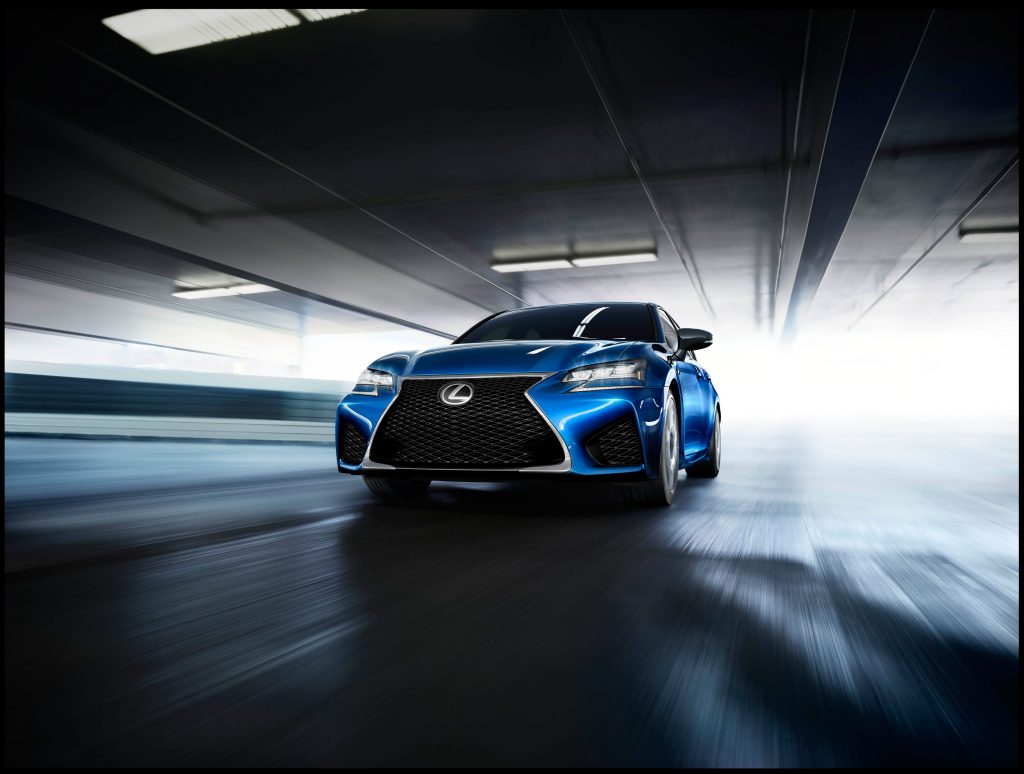 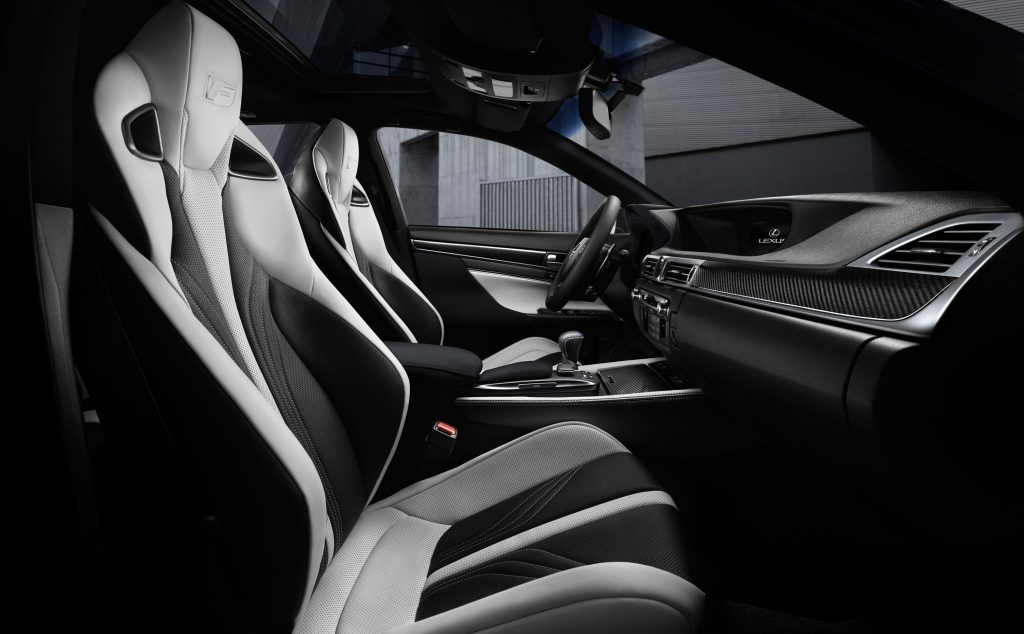 There will be plenty of time to analyze, but start with the full press release after the jump.

Lexus is yet again showing its sporty disposition and rumbling into Detroit. The luxury vehicle manufacturer has announced the much-anticipated GS F performance sedan, which combines a refined four-door package with the speed and agility of a premium sports car, will be revealed at the North American International Auto Show on Tuesday, Jan. 13 at 8:40 a.m. EST in the Lexus display at Cobo Center in Detroit. The GS F will be the latest vehicle to join Lexus’ high-performance “F” line that already includes the RC F coupe.

Although the GS 350 F SPORT shares the same platform as the new GS F, they should not be confused. The GS F will have enhancements throughout, including to its engine. Under the hood will be a responsive, naturally-aspirated 5.0-liter V8 that produces a remarkable 467 hp (473 PS )* at 7,100 rpm and peak torque of 389 lb.-ft. (527 Nm)* at 4,800-5,600 rpm. This sophisticated engine uses both Otto and Atkinson combustion cycles to maximize power and efficiency in given situations.

Befitting the nature of this high performance sedan, the engine will be mated to a lightning quick eight-speed automatic gearbox with manual-shifting capabilities.

Lexus’ innovative Torque Vectoring Differential (TVD), also found in the RC F, will be part of a long line of standard equipment that’ll make the GS F’s handling stand out from the crowd. The TVD features three operating modes:

The GS F unibody will also feature structural reinforcements and suspension exclusively designed to optimize this super sedan’s handling envelope without detracting from its ride quality. Drivers will appreciate the GS F’s handling and smoothness on the open highway as well as the sedan’s ability to devour challenging roads, whether they’re winding up the side of a mountain or at a racetrack. The new GS F will offer drivers a very balanced sedan with genuine dual personality, equally adept at trimming lap times and the commute back home.

The body of the NX is wrapped in a map of every player's movement during their championship games.
Kevin · June 14th, 2022

I am not sure why people are surprised that it has the RC-F engine. What did you expect?

Thank you Lexus for the new GS F, but my question ever since the LFA ended production what engineering, handling Lesson has the R CF and GS F learned ?

The IS and GS F-sports have been praised for now having the best handling in class or at worst near the tops. The RC F handling fantastic as reviews have raved about it. Surely the GS F will follow. We own a GS F-sport modified and the chassis is brilliant and it can handle more power. 162hp more in a GS F is going to be amazing.

It looks good, typical current Lexus style. I was expecting something around 520PS, but given that it's about the same weight as RC F, I guess the performance will be fine as well.
It's whatever really.
Have to agree with Thomas - where has the finesse gone? Hideous front!
The engine is fine as it is. There is no need to complain. I don't get it why people want these crappy failure-prone turbo engines!!!

Me neither. The problem here is the way the Lexus looks. Not good! The drivetrain is just fine.

My Ideal GS F look was hoping Lexus be adopted something similar to LFA concept going into Production.
The Gs F looks cool but a little too much and I am looking forward to the updated non-F sport version! I'm wondering when we will here more about the 2016 refresh for the Gs 350?
All about the 2023 RX