END_OF_DOCUMENT_TOKEN_TO_BE_REPLACED " /> Toyota to Transform Scion into Small-Premium Brand? | Lexus Enthusiast
Menu
Log in
Register
You are using an out of date browser. It may not display this or other websites correctly.
You should upgrade or use an alternative browser. 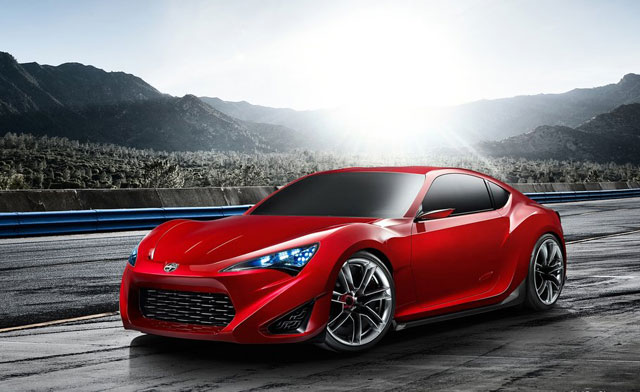 Toyota North America CEO Jim Lentz believes that Scion should become a small-premium brand, according to an interview with Wards Auto:

“I still personally believe small-premium is the direction we should be going,” he tells WardsAuto in a recent interview here during a Toyota press event. “I think that (the) Toyota channel, itself, with vehicles like Yaris and other small, B-platform cars, can handle the lower end of the market. I think that C-platform premium small cars are probably the best place for Scion to be.”

The positioning also makes sense as Toyota’s Lexus luxury brand has said it won’t sell a model below $30,000, bucking the trend of other premium automakers offering models below that price point (Mercedes-Benz CLA, Audi A3).

This has been an ongoing campaign for Lentz, who also discussed “Scion as a premium brand” last year with Automotive News:

Scion, not Lexus, may be the way Toyota meets the new premium competition typified by the CLA, which will start at under $30,000, not including shipping. The Toyota brand, which has 18 nameplates, may be too product-heavy to compete in the mass market and join the entry-luxury fight as well.

And Lexus has refused to drop below the $30,000 price point.
“There’s a cost to provide that outstanding Lexus customer service,” Lentz said. “We don’t want to lose that, and we don’t want to cheapen our cars.”

This has been a very clear point over the last couple years — Lexus will not be introducing any new vehicles below the $30k CT hatckback, and will not directly compete with the lower-tier offerings from BMW, Mercedes & Audi.

By sticking to strategy instead of chasing volume, Lexus is taking a calculated risk that these cheaper models will devalue the German brands, and in turn increase the prestige of the Lexus brand.

This position leaves a large gap in the Toyota family — bringing Scion upmarket may be the ultimate solution, but it won’t be easy. The brand currently exists in North America only, and any premium brand will require a worldwide presence to gain any traction.

This type of transformation comes at an enormous cost, and may not even succeed — should Toyota take the risk? Should Lexus just abandon its current under-$30k strategy? Why not just sell these premium models under the Toyota brand?

It all makes for an interesting puzzle, and one that will be fun to watch over the next few years.

It would be an interesting exercise in redefining the Scion brand and perhaps stop cannibalization within the Toyota sales channel.
Hmmmm. I don't how I feel about this. I wouldn't mind it but on the other hand I want Lexus to gain more models. I don't want everyone to expecting some Lexus coupe and it becomes a Scion. A lot of people hear wanted the Toyota GT-86 but it became the Scion FR-S which disappointed a ton. I say stick to keeping Scion a young buyer, fun car brand. Make the cars more performance oriented.
I wouldn't do it unless it's a new name since Scion and youthful affordability go hand in hand. Even at that, it's a high risk proposition for such a narrow slice of the market. Personally, Scion should be dropped and incorporate the FR-S as a Celica in the Toyota brand and the TC as a Corolla GT-S.
I guess it makes sense.
There should be a standard for measuring sales that can disregard certain types of vehicles of a certain price range. It obviously won't be easy, but the point is that one cannot compare the profitability of Lexus to Mercedes-Benz when the German company includes the CLA and Sprinter vans in its sales numbers. I have nothing against the old Sprinter commercial vans that shared a body with Dodge's, but having a car like the CLA should affect the perceived value of a brand. After all, have all of you seen the way the CLA affected Benz's quality/dependability ratings? I know it's an all-new car, which tend to have problems, but still... I've sat in it, and (no offense to CLA owners) it is quite obvious how Benz priced it so low. Even so, I feel that the asking price for the CLA is a bit high for what is is. That point becomes obvious when one adds popular options to the vehicle.
Drop that Scion stuff altogether.
Put the 2.0 turbo in the CT, you have a winner.
The CT is allready too small to be a Lexus. So, yes.
The CLA no longer starts below $30,000. Like the CT, after a year or two of sales, the price rose above $30,000. The biggest problem Scion has is their product offerings. No one in the 18-24 age bracket wants to drive a ugly, 108hp wagon with hubcaps. That age bracket wants power, economy, all the latest technology inside the car, and of course alloy wheels. The FR-S is an awesome car but after promising a sub $25,000 price through it's development, its price too rose. $25,000 isn't an unfair price for the FR-S - its just not a bargain - which is what Scion should be if they want to sell cars. They need to stop re-badging foreign offered Toyota's as their own and come out with one or two of their own models from the ground up. The FR-S is a good start.
Why not just destroy Scion and let Lexus do all the luxury stuff. since Scion only exists in North America?
Toyota needs to fold this in and just brand FRS into Toyota GT86. Someone already mentioned that Scion offers chitty models. The target audience is buying Mazda 3's, disgusting kia/hyundie because they pack more amenities than any Scion models offer. Rethink this @Toyota and fold the brand into the mothership and start making purist/sporty cars under the Toyota flag. #Period.
Toyota can consider making the Scion brand a sub-brand for tuning and making "extreme and powerful" variants out of existing Toyota models, like TRD. But instead of making bodykits only, the Scion brand can create sportier cars with real powers using the Toyota lineup. In such way, Toyota won't have to worry about Scion eating into Lexus' market, and Toyota can concentrate in making comfortable cars while Scion will make the sporty ones.
Lexus is 100% right in not bottom-feeding the market. Lexus is better than that. BD

I admire them for that, but will they eventually caved in if the new Scion fails again?

Yes just move lexus futher up to ultra then attach scion right behind it. attach the scion brand with good premium cars and take it world wide allow it to have a connection with lexus eg. let scion perfomance models use the "F" logo
So finally we can say bye for CT and Japanese HS What a good dream I really like this
Scion needs to be the niche brand that Toyota itself requires. A little bit of a skunkworks, if you will.
Give us the 300hp Frs sedan Mr. Toyoda!!!!!!!
Interesting approach that Toyota made when they originated the Lexus brand as a so called separate brand, BMW and Merc simply made small cheaper cars why did Toyota not make larger more expensive cars under the Toyota name? Toyota must be one of the most highly valued brand names world wide why do they are not exploit it?

doesn't bmw own part of mini and mb used to collaborate w/chrysler?